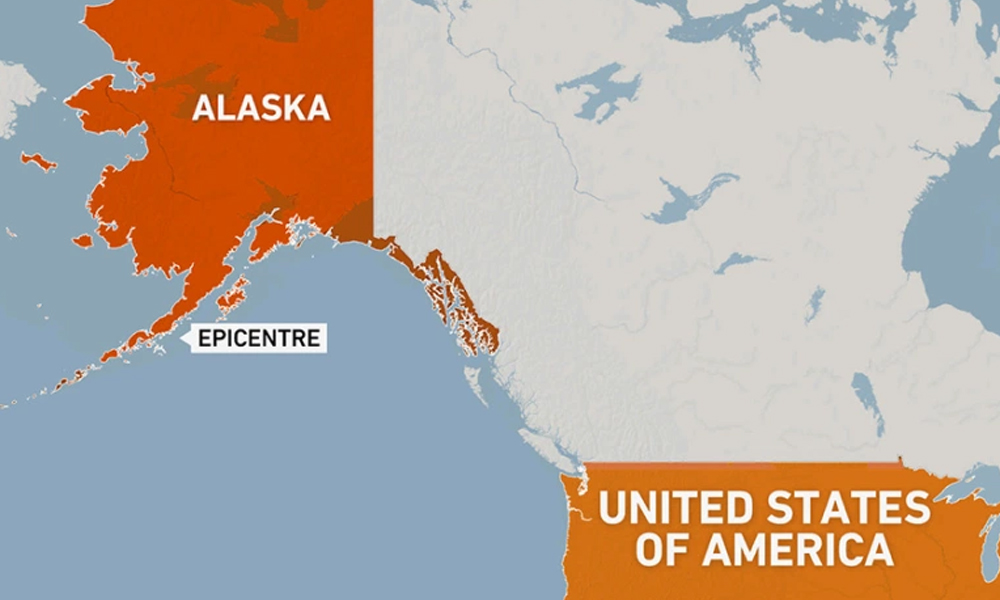 KATHMANDU : A strong and shallow earthquake of magnitude 8.2 struck the Alaskan peninsula late on Wednesday, prompting tsunami warnings in the U.S. state and heightened surveillance across the pacific according to Reuters.

Reuters stated that there were no immediate reports of loss of property or life. Tsunami warning sirens were sounded close to a Walmart store in Kodiak, Alaska, a video filmed by a local resident and obtained by Reuters showed.

Alaska Governor Mike Dunleavy tweeted that the state’s emergency operation center had been activated and authorities were contacting communities in the tsunami warning areas.

The Pacific Tsunami Warning Center (PTWC) said it had cancelled warnings of possible tsunami threats issued to Hawaii and the U.S. Pacific territory of Guam.

The NTWC said it was evaluating the level of tsunami danger for other U.S. and Canadian Pacific coastal areas according to Reuters.

Authorities in New Zealand also said they were assessing if there was any danger to coastal regions.

Reuters stated that the tremor struck about 91 km east-southeast of Perryville in Alaska. It was about 800 km (500 miles) from Anchorage, Alaska’s biggest city. The National Weather Service tweeted that there was no tsunami threat to Anchorage.

The USGS added that the quake was followed by eight aftershocks in the region, with two above magnitude 6.0.