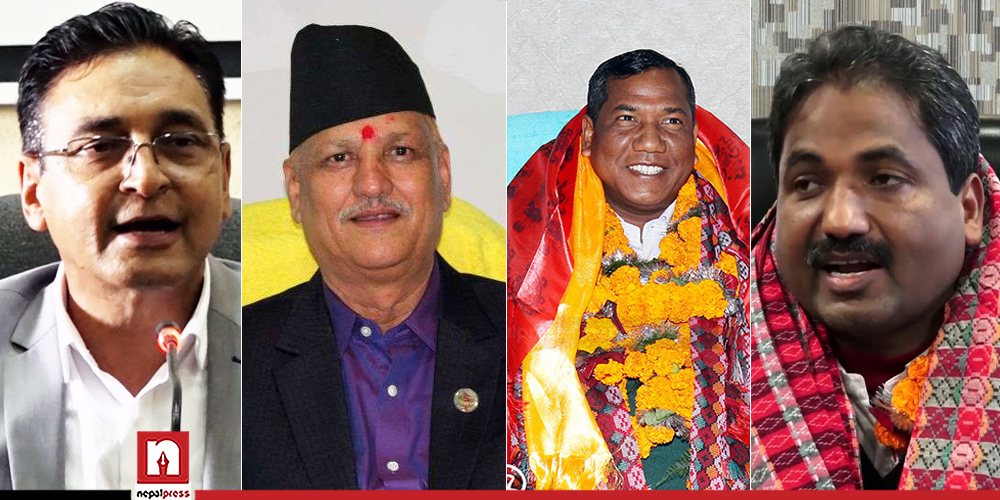 KATHMANDU: Four former ministers, who lost their House of Representatives seats on the basis of action taken by the CPN-Maoist Centre, filed a writ petition at the Supreme Court demanding reinstatement of their House seats.

Saying that the decision of Parliament Secretariat to remove them from the post of lawmakers on the basis of a letter sent by Maoist Chairman Pushpa Kamal Dahal on April 8, 2021 was against the constitution of the country and party’s constitution, the leaders said they moved the court demanding reappointment as lawmakers.

Top Bahadur Rayamajhi, Lekhraj Bhatta, Prabhu Sah and Gauri Shankar Chaudhary said that they have not abandoned the party. Saying that the details provided by the Election Commission on July 7 has mentioned that they are the members of the CPN-Maoist Centre, they said that the decision to remove  them from the party should be scrapped.

The Election Commission in its details have not mentioned that they are the members of the CPN-UML.

They claimed that the decision to remove them from the party was the unilateral decision of the Maoist Centre Chairman Pushpa Kamal Dahal. In the writ petition, they have stated that the party Chairman does not have any rights to scrap their membership.             Earlier, the four leaders along with then Home Minister Ram Bahadur Thapa had joined the KP Sharma Oli-led government. Later, all of them were given the posts of ministers.

Meanwhile, the hearing on the case will start from Thursday.