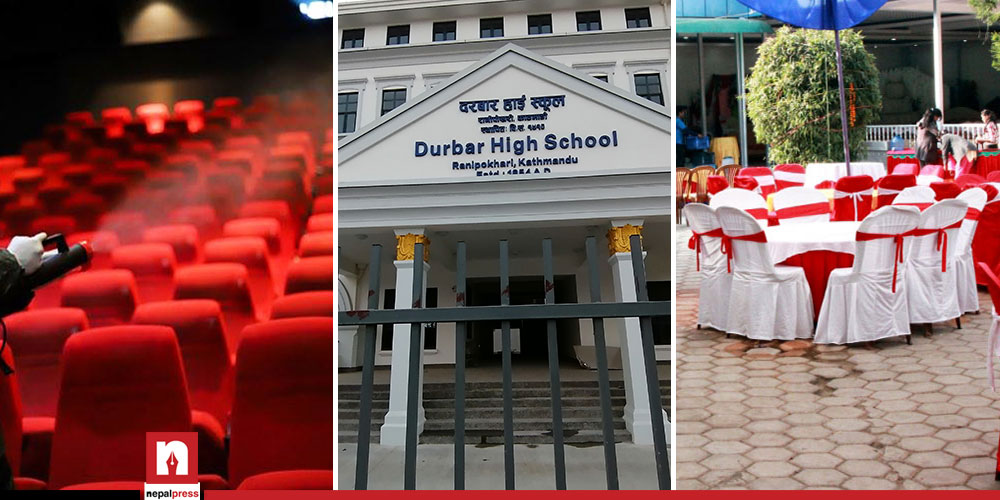 KATHMANDU: The outbreak of Covid-19 pandemic and subsequent lockdown have severely affected the economy of the country.

The pandemic has brought various sectors like education, industrial and tourism to its knees, affecting thousands of people.

Not only these sectors, normal life also been thrown out of gear due to the pandemic.

After the first wave of the epidemic struck the nation, the government imposed nationwide lockdown and fixed the protocol about opening shops. Only limited businesses were allowed to operate.

The businesses, which were severely affected by the lockdown, started to breathe a sigh of relief after the government decided to allow the businesses by following the health safety protocols.

The government again imposed the restrictions with the second wave of Covid-19. The business owners started getting extremely worried again.

All the private and public vehicles stayed off the roads in the both the lock down. Now, the life is gradually limping back to normalcy and the vehicles have also started to ply the roads.

Meanwhile, the government, however, has not allowed educational institutions, hotels and party palaces, night time businesses and cinema halls among others to operate yet.

As a result, people associated with these sectors are having a hard time to live their life.

Educational institutions across the country, which remained closed for more than a year due to Covid-19, have still been struggling to come into operation.

Though the government schools have been operating online classes, parents have concluded that online education system was not effective for students.

Notwithstanding, the online education system was not effective for the students, the government schools teachers have been receiving the salary.

The National Private and Boarding Schools’ Association (NPABSON) said that a questioned has been raised on the future of private schools due to Covid-19.

NPABSON Chairman Ritturaj Sapkota said, “There is less participation of students in the online classes. Out of 700 students, 200 are taking part in the classes. Among them only one pays the tution fee.” adding, “In this case, we have been struggling to run the school and to pay the salary of the teachers.”

He said that the parents are harbouring doubt in the virtual teaching learning process.

Saying that private sector has invested Rs 6 trillion in the schools, Sapkota said that schools affiliated to NPABSON has been facing a loss of Rs 6 billion every year.

Schools have been paying 40 to 50 percent salary to the teachers. Sapkota said that the full salary will be paid after the smooth operation of schools.

He said that 5,000 schools are affiliated to the NPABSON.

Likewise, night time businesses in Thamel like pubs, dance bars, dohori restaurants were compelled to pull down their shutters after the government enforced prohibitory orders after the outbreak of corona virus.

Dhurba Adhikari, General Secretary at the Thamel Tourism Development Council, said that the Chinese are looking for an opportunity to take over the restaurants and pubs among other places after the businesses came to a complete standstill. Adhikari said that Nepali’s could not pay the rent and run the businesses at his situation.

About 17,000 people have been operating hotels and restaurants in Thamel. The tourism and night time businesses have been providing jobs to 50,000 people.

Similarly, the party palaces, which remained closed after the first wave of pandemic, are yet to return to normal.

The government had permitted the party palaces to operate by following safety measures in between the first and second wave of pandemic.

Krishna Giri, Director of NEPA Banquet, has expressed his grievances that the party palaces businesses are on the verge of closing down due to the Covid-19.

“We are not in situation to pay the rent. We are paying the rent by taking loan. People have not organized any functions like weddings in the party palaces even after the government lifted the restrictions,” he added.

The entertainment businesses like cinema halls have also been severely affected by the Covid-19. The government had once allowed the cinema halls to open but due to lack of people they were forced to shut down the halls.

As the cinema halls have been closed for the past one-and-a-half year, the owners are thinking of quitting their business.