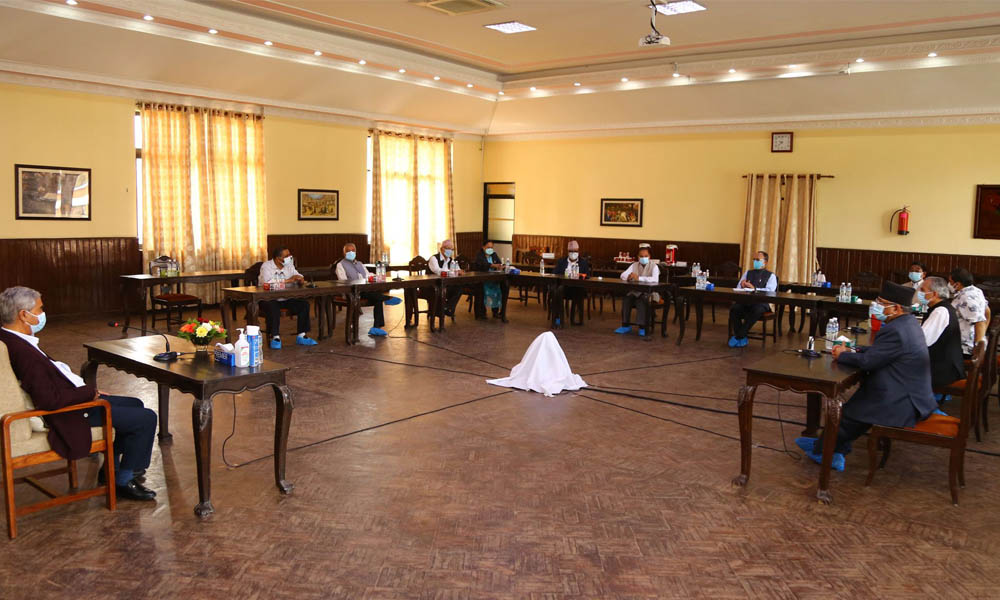 KATHMANDU: Senior leaders of the five-party alliance have decided to give full shape to the council of ministers anytime soon.

It has been learnt that Madhav Nepal among other senior leaders will hold a meeting today itself and will forge consensus on the issues pertaining to the functioning of government.

The new government has not been able to give it a final shape even after nearly two weeks of its formation. The new ministers will be appointed within a few days.

The Prime Minister will expand the Cabinet after the senior leaders submit the name list of ministers, a leader who attended a meeting held at the Prime Minister’s official residence in Baluwatar said.

The meeting of the five-party alliance has also decided to remove governors of other five provinces.

Earlier on Tuesday, President Bidhya Devi Bhandari, on the recommendation of the Cabinet, removed Gandaki Province Chief Sita Paudel and Lumbini Province Chief Dharma Nath Yadav from their posts and replaced them by Prithvi Man Gurung and Amik Sherchan respectively.

Though Madhav Nepal did not attend today’s meeting, he sent Dr Bijay Paudel as his representative to attend the meeting.