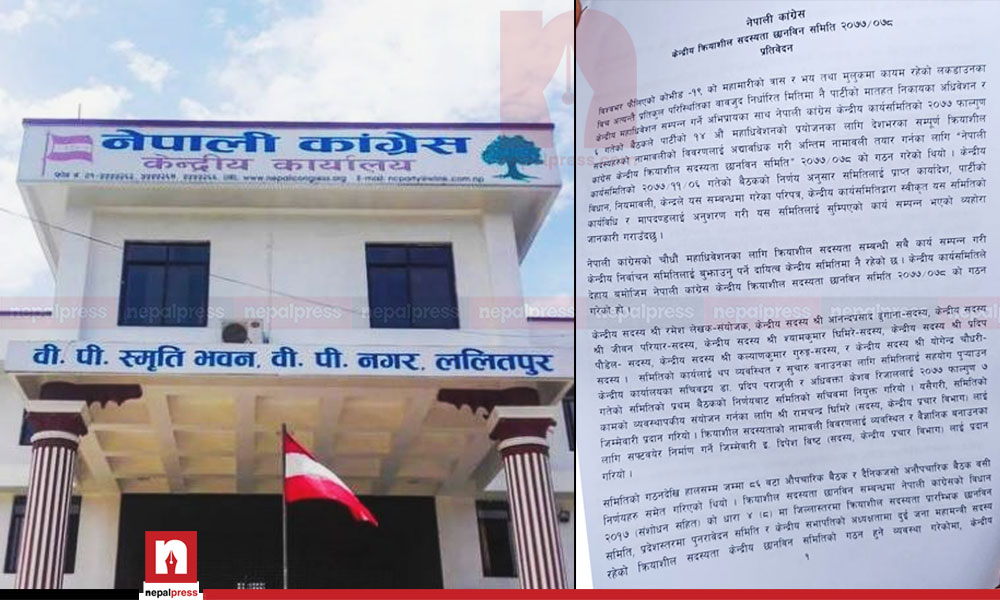 The Active Membership Probe Committee said that the party has given active membership to 852,711 members for the 14th general convention.

According to the details tabled at the office bearers meeting, the party has added 443,678 new members while 409,000 members renewed their membership.

Bagmati Province has the highest 186,000 members while Karnali has the lowest 54566 members.

A report prepared by the Active Membership Probe Committee led by Ramesh Lekhak will be tabled at the Central Working Committee after holding discussions at the office bearers meeting.

The committee said that it has not been able to settle the dispute of active membership in Dhanusha Constituency 4 and Bara and Saptari districts.