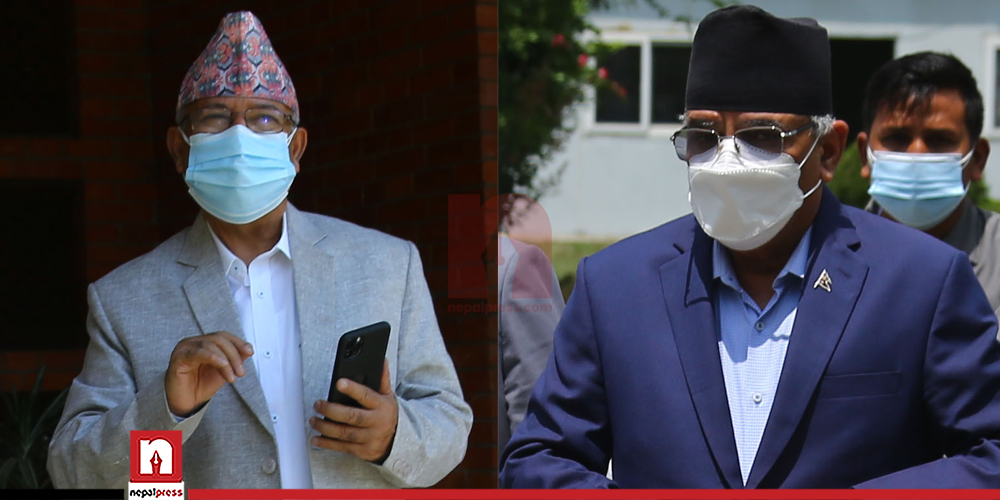 During a Standing Committee meeting of the CPN (Maoist Centre) held at party office in Parisdanda on Tuesday, Party Chairman Pushpa Kamal Dahal apprised the meeting of the Nepal-faction joining the government anytime soon.

Nepal and Dahal held a meeting this morning.

A Standing Committee member of the CPN (Maoist Centre) said that the Nepal-faction will be given at least six ministries and posts in various commissions like National Planning Commission among others.