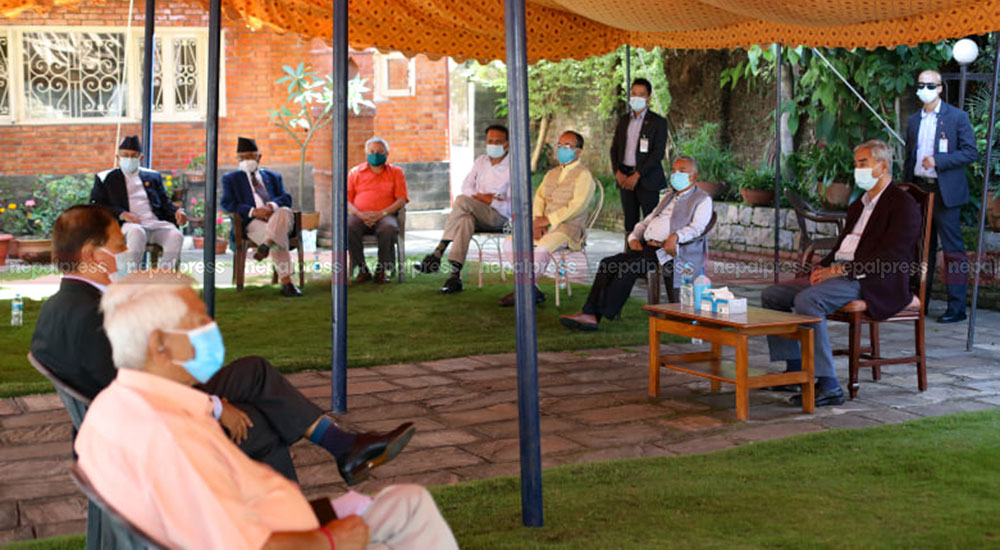 KATHMANDU: All the conventions of lower-level committees of Nepali Congress (NC) have been postponed.

An office bearers and former officer bearers meeting of the NC held at the party President Sher Bahadur Deuba’s residence on Saturday decided to postpone all the conventions including ward level scheduled for July 27.

Leader Arjun Narsingh KC said that the Central Executive Committee of the party will made public another calendar for the conventions.

KC said that Central Active Membership Investigation Committee of the party will handover a report to the Central Executive Committee on July 27.

The general convention of the NC has been scheduled for the third week of August.

The leaders also discussed the options to hold the general convention after the party postponed all the conventions of lower-level committees today.