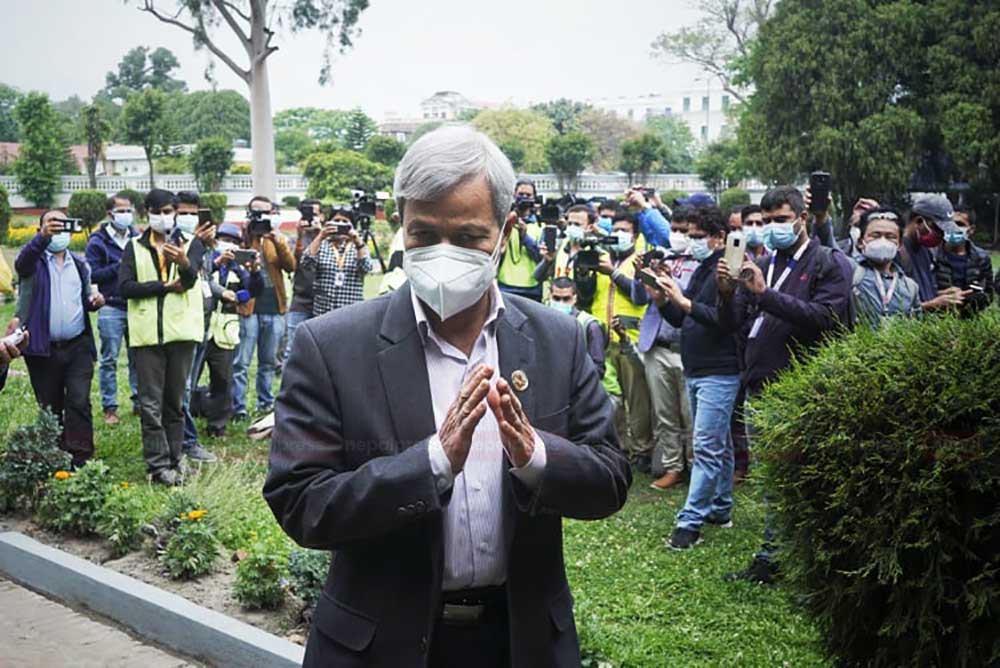 KATHMANDU: CPN-UML Vice-Chairman Bhim Rawal has taken back his resignation on Friday.

Rawal said that he decided to withdraw his resignation that he submitted to Speaker Agni Prasad Sapkota on July 18, following the request of people and party.

Rawal had tendered his resignation hours before Prime Minister Sher Bahadur Deuba’s vote of confidence in the restored House of Representatives.

He had decided to resign as a member of the federal parliament after Madav Nepal turned down his proposal to not support Prime Minister Sher Bahadur Deuba during the vote of confidence.

The Parliament Secretariat said that Rawal withdrew his resignation before the commencement of the Parlaiment meeting.