Believe it or not: Airfare is cheaper than transport fare in Nepal 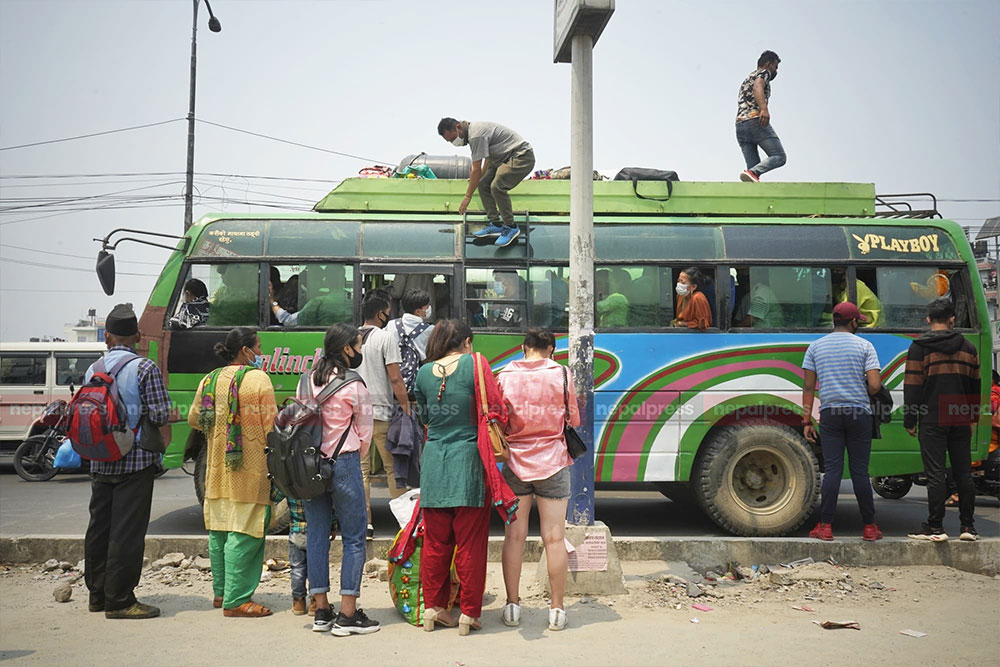 KATHMANDU: Generally, one cannot believe that the transport fare is expensive than the airfare to reach any destinations. But, the passengers have been witnessing this kind of unusual situation in the country after the government keeps on extending the prohibitory orders to stem the Covid-19.

Usually, airfares are more expensive than the public vehicles.

A question could arise in anyone’s mind that why people travel through public vehicles if the airfare is cheaper than public vehicles? It is because of the compulsion of passengers. They have to take public vehicles to reach their destinations even if they travel via airplane and the public vehicle operators charge them exorbitant fare.

In addition to that, it is not easy for the people to reach airport from their homes. Many people in the villages do not have any idea about the airfare and compelled to pay exorbitant fare.

Albeit, the Department of Transport Management (DoTM) has imposed an increase of up to 28 percent in public transportation fares, the operators themselves have not implemented yet. They have not been satisfied with the government’s decision as they have been charging double the normal fare.

The transport entrepreneurs associations, however, said that they have no knowledge about it.

Yogendra Nath Karmacharya, President of Federation of Nepalese National Transport Entrepreneurs, said, “Long-route vehicles have not been permitted to ply the roads. So, in this situation, we do not keep records who operates the vehicles and how much they charge from the passengers.”

“The Chief District Officer of Kathmandu has called us to hold discussions on resuming the long-haul public vehicles,” he added.

“It is the responsibility of the concerned authorities to monitor who operated the vehicles and how much they have been charging from the people,” he further added.

Yograj Kandel, spokesperson at Airlines Operators Association of Nepal, said that they have been slashed the airfare because of less passengers and monsoon season.