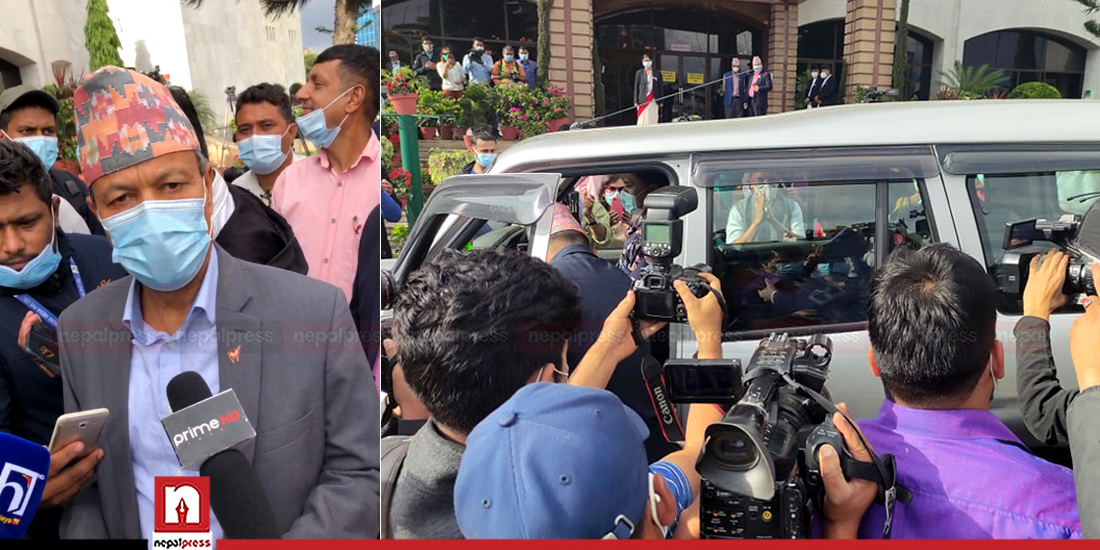 Rawal was a key member of the Madhav Kumar Nepal-Jhalanath Khanal faction of the CPN-UML.

He submitted his resignation letter to Speaker Agni Prasad Sapkota at the Parliament.

UML leader Surendra Pandey had requested him not to resign from the post. He, however, turned down his request.

Rawal in his resignation letter said, “True Nepali patriots and democracy lovers will be saddened by seeing the leaders insatiable for power and working arbitrarily to fulfill their vested interests.

“I being a people’s representative and a political activist, I did my best to stop the activities which are against the interests of the country and people,” he said.

Saying that the country had witnessed various political turmoil in the recent time like House dissolution, reinstatement of the House and seeking vote of confidence by the Prime Minister, he said all these activities were against the interests of the country and people.

“I wanted to put myself aside from this kind of political practice which were against the country and people. So, I decided to resign from the post of a member of House of Representatives,” he said. 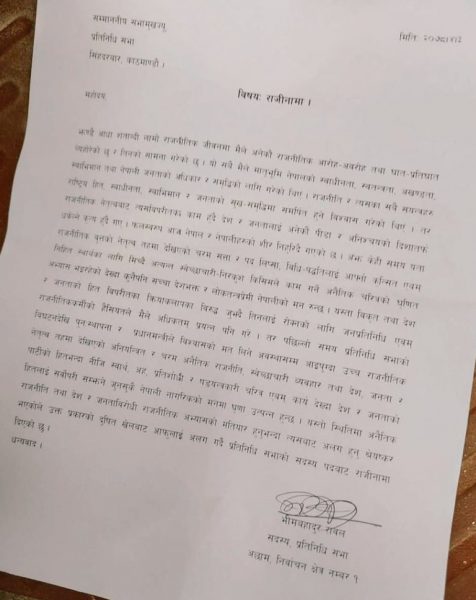