I will cooperate with everyone to resolve common problems: PM Deuba 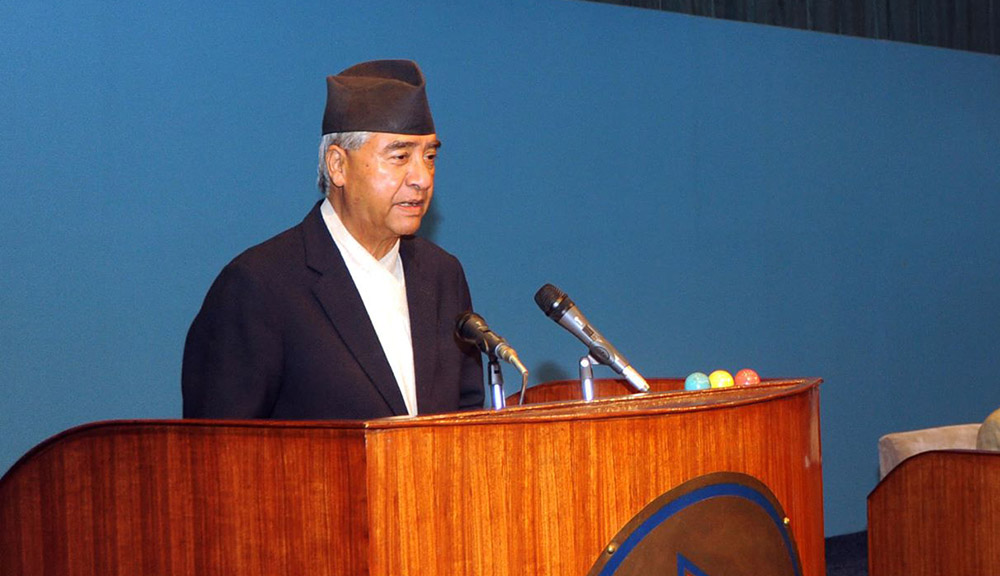 KATHMANDU : Prime Minister Sher Bahadur Deuba has sought the vote of confidence in the House of Representatives on Saturday.

Addressing a Parliament meeting, Deuba, who is also the President of Nepali Congress, said that the government would cooperate with all the parties to iron out common problems.

“Different political views and competition are natural in the multi-party system. These are also necessary,” the Prime Minister said, adding, “But, we have some common challenges, purpose and objectives. So, we have to cooperate with each other to resolve the problems and accomplish the objectives. The protection of Nepal’s constitution and its implementation are our common destination.”

Stating that there has been political confusion and uncertainty in the country due to the dissolution of House time and again, the Prime Minister said, the government would zeroed in on solving the plights of the people.

Prime Minister Deuba expressed his hope that all the political parties and the House of Representatives would his government’s all-out effort to stem the spread of Covid-19.