Now, our priority will be organization and struggle, says UML Chair Oli 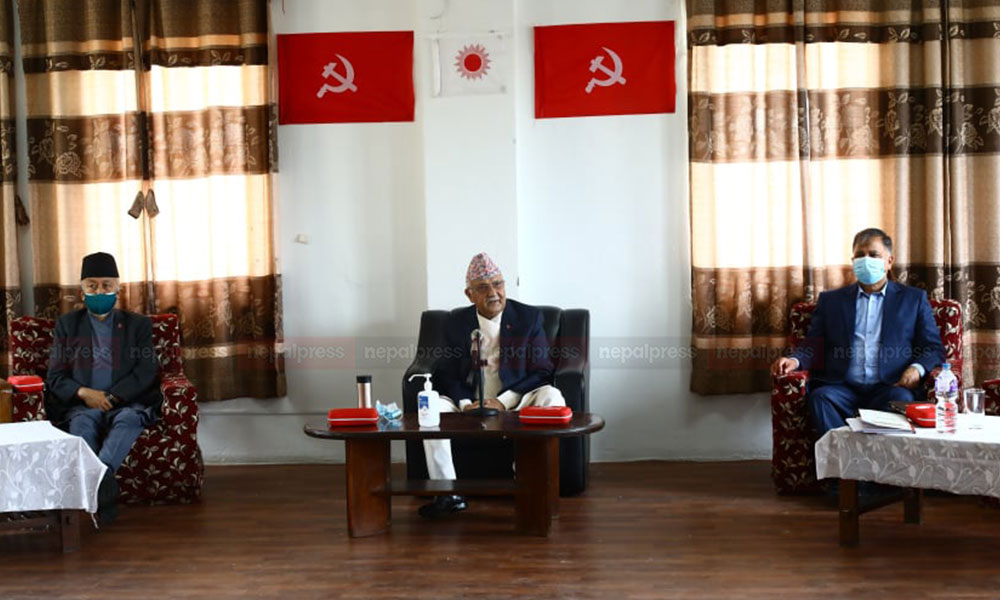 The Standing Committee of the CPN-UML has started at the office of Tulsilal Smrti Pratisthan on Friday. The meeting is being held for the first time after the party Chairman KP Sharma Oli was ousted from the post of Prime Minister.

Speaking at the meeting, party Chair Oli said that his government, which was formed from the people’s mandate, was toppled by the mandamus order of the Supreme Court. He further said that the party would go among the people by taking its policies and programmes.

Saying that though the new government was formed by the order of the Supreme Court, he expressed his confident that the people’s mandate is with the CPN-UML. The party Chair said that his party would now give top-most priority to the organization and struggle.

“We will not panic although if we didn’t get justice from the jusitce providing institution,” Oli said, adding,” We will move ahead with the party’s policies and programmes. Now, our priority will be organization and struggle.”