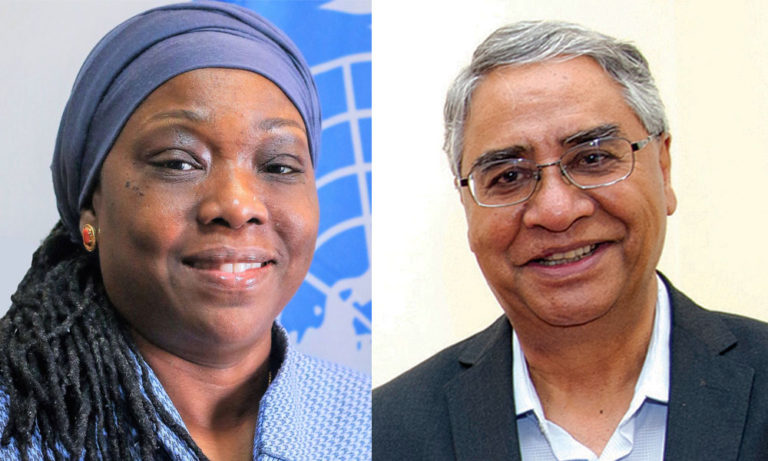 The United Nations Resident Coordinator in Nepal Sara Beysolow Nyanti extended congratulations to Prime Minister Deuba on being appointed as the Prime Minister of Nepal this morning.

Extending wishes, Sara Beysolow Nyanti said that the United Nations is willing to coordinate with Nepal in controlling the Covid-19 pandemic, upgrading Nepal from an underdeveloped to developing country and transforming Nepal into a middle-income status country by 2030.

Similarly, the United Kingdom and the United States among other countries also congratulated Prime Minister Deuba.

President Bhandari appointed Deuba as the Prime Minister in accordance with Article 76(5) of the Constitution.