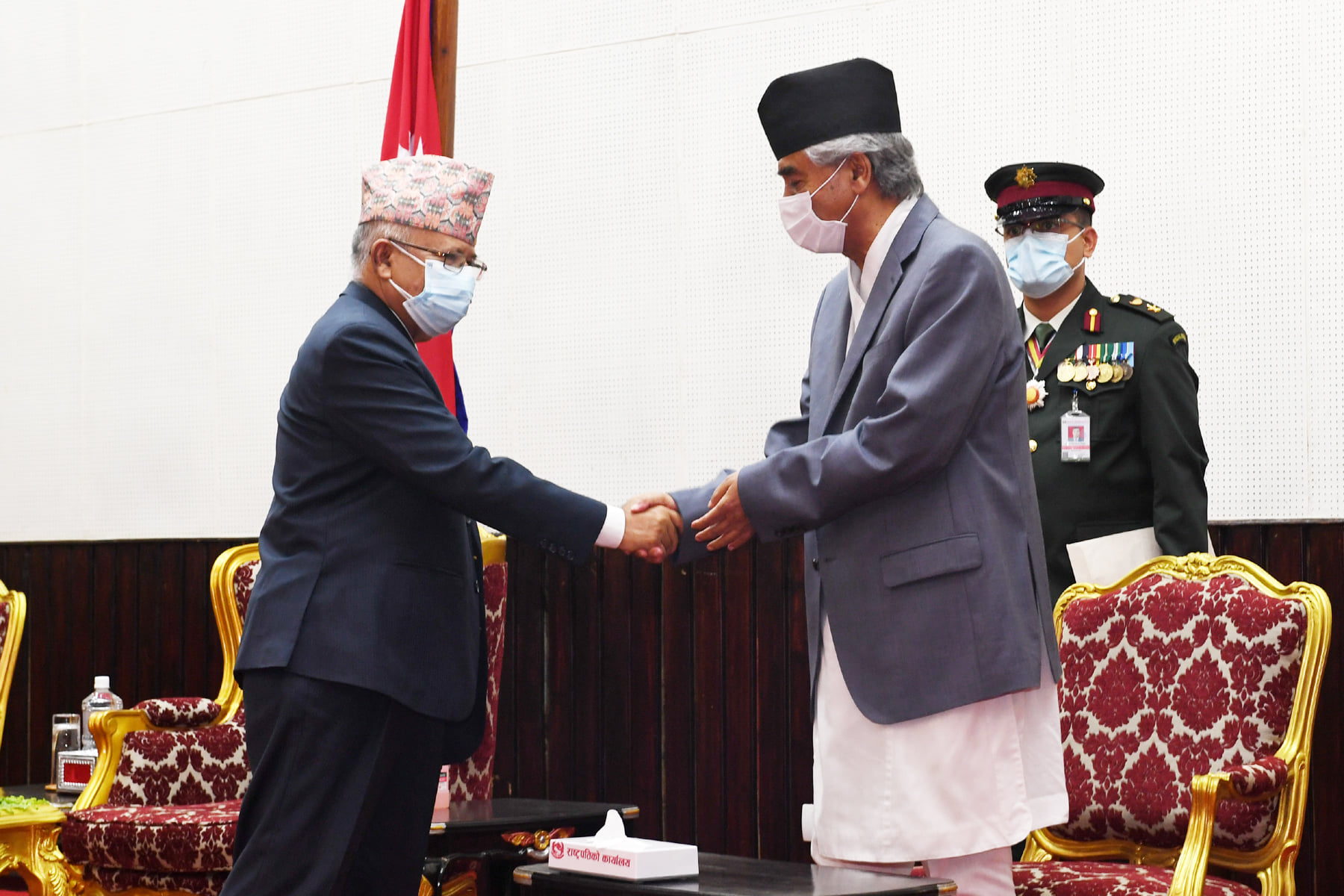 KP Sharma Oli was removed from the post of Prime Minister after 146 lawmakers, including 23 from the UML’s Nepal side, filed a writ petition in the Supreme Court. The Supreme court ruled on the writ petition and ordered Deuba to be appointed as the prime minister.

Following the Supreme Court’s decision, Deuba has been appointed as the Prime Minister and is taking charge in accordance with Article 76 (5) of the Constitution. However, Deuba must take a vote of confidence in the House of Representatives within 30 days. The decision of the Supreme Court also states that the party whip will not be used when the Prime Minister appointed under Article 76 (5) of the Constitution takes a vote of confidence. If Deuba fails to get a vote of confidence, the House of Representatives will be automatically dissolved and the country will move towards elections.

At a meeting of the opposition coalition held on Monday, the same day as the Supreme Court’s decision, Leader Nepal had announced his withdrawal from the coalition. Stating that the decision of the Supreme Court and the 10-point agreement reached in the task force has created a new situation in the party, Leader Nepal had urged other leaders to resolve the situation.

The establishment side is angry with the Nepal side after Oli had to resign as the Nepal side went to the Supreme Court in accordance with the opposition alliance. Central member of the Nepal faction Chaudhary said that it was a pain and impulse to leave Baluwatar and that this would only last for a short time.

The day before the Supreme Court’s decision, the task force formed to resolve the dispute had reached a 10-point agreement. The task force has already handed over the report of the agreement to both Oli and Nepal.

It was agreed in the working group that the agreement would be approved by the Standing Committee and the Central Committee respectively, before which Oli and Nepal would meet and finalize it.