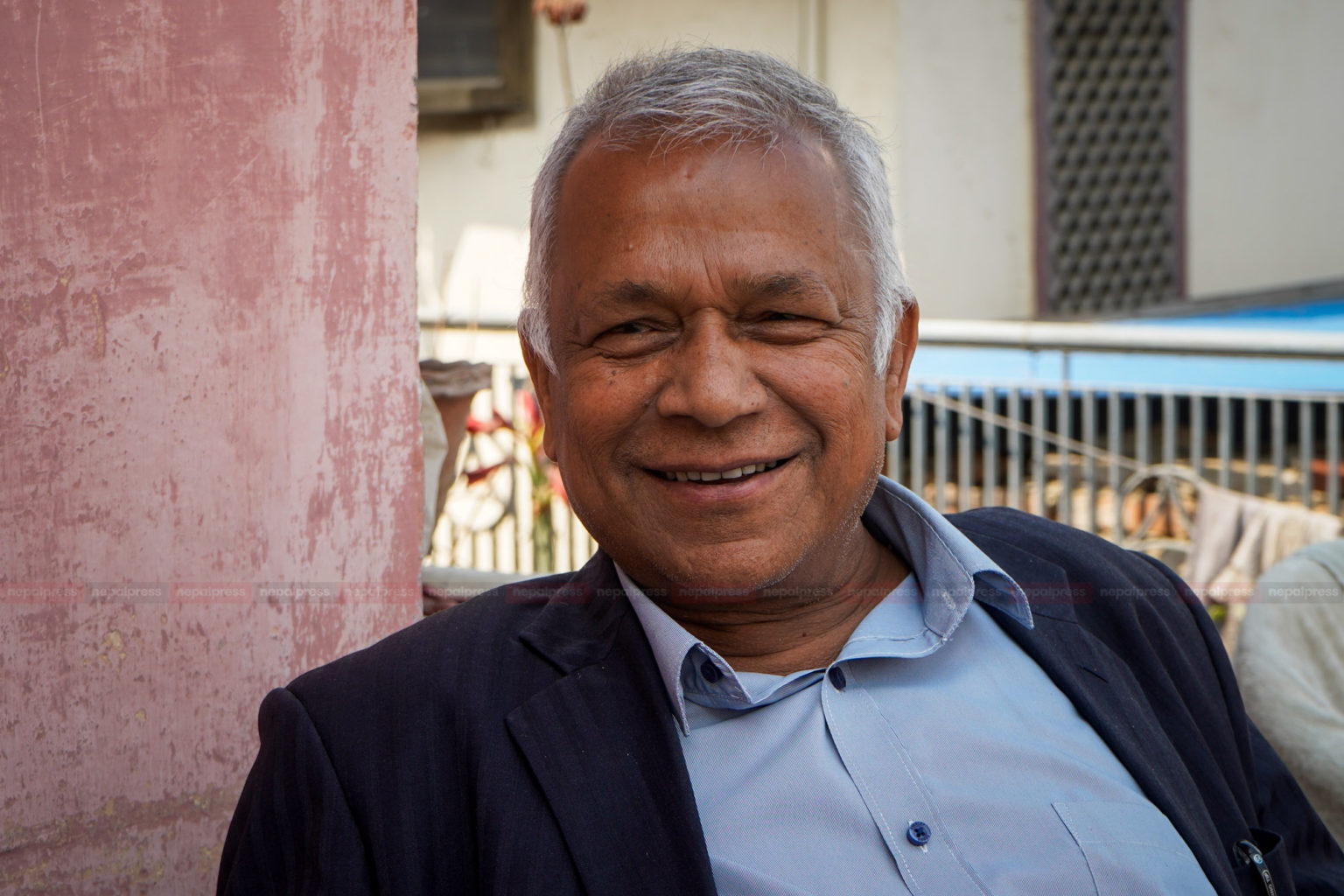 KATHMANDU: For most politicians in Nepal, politics is a profession. They either make or want to make politics their source of income. However, there are some exceptions, like Ganesh Shah.

Former Minister for Science and Technology Ganesh Shah is a Standing Committee member of the Maoist Center. Ganesh Shah, who has been active in politics for a long time, attends almost every meeting of the party. He has also lately been interacting with the media about current political situations. However, he is not limited to politics.

Ganesh Shah, who has a degree in mechanical engineering from People’s Friendship University of Russia, seems to be taking a break from party work and pursuing other jobs. He has formulated his work outside politics in 5 relevant aspects, as listed below.

Shah, who worked as the first mechanical engineer in the Department of Water Supply and Sewerage Management (DWSSM) Committee of the Government of Nepal, has given high priority to water and the expansion of its supply.

“I am the first person in the Department of Water Supply and Sewerage Management (DWSSM) Committee to buy a water tanker,” recalls Shah, “Only the government  was allowed to sell water before this,” he adds. “Only the Nepalese army and some embassies used to have one or two water tankers. There were no water tankers anywhere then.”

He says the tanker was bought to distribute water wherever and whenever there was a shortage.

He claims that the concept of the Melamchi Drinking Water Project that arrived in Kathmandu after many years was formed a long time back, and that he also has contributed something to the concept behind it.

“I have run Nepal’s largest water pump in Balaju, Pharping and Chapagaun of Kathmandu Valley,” he said. 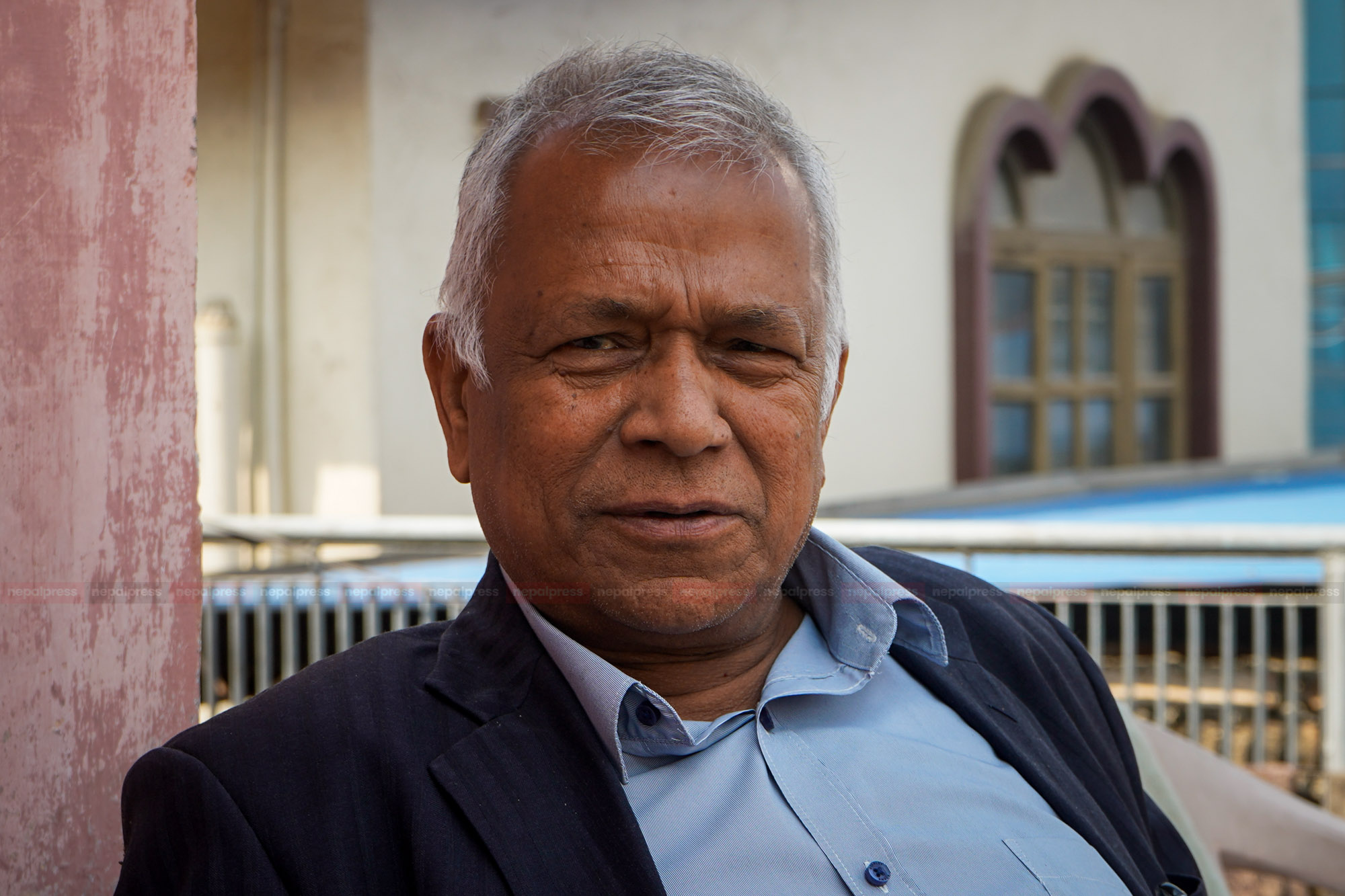 Even after leaving behind his work life and becoming a full-time politician, he continued working for the Department of Water Supply and Sewerage Management (DWSSM).

He is affiliated with various organizations related to drinking water and sanitation. He is a founding member of the Society of Public Health Engineers. He is also currently one of the goodwill ambassadors.

He is a consultant at Smart WASH Solutions. He is also a consultant of the Renewable Energy Confederation of Nepal (RECON) and the Nepal Biogas Promotion Association.

He insists on the need for supply of clean and pure water in each and every home. He actively engaged on this matter on the 22nd of March, on the occasion of World Water Day.

“I gave six speeches, from the morning till 6 in the evening, all of which were related to drinking water and sanitation,” he said. He believes that if another world war occurs, it will be on the issue of water. He also believes that where there is enough water for everyone, there will be happiness, prosperity and peace.

Shah’s other campaign is science and technology. He became a minister after leading and being active in this sector. In the first government led by Pushpa Kamal Dahal Prachanda, he served as minister for nine months.

He says that he prepared a political commentary that the country cannot prosper without science, even though he became minister only for a short period of time and was not able to work for long.

“I formulated a new policy on science and technology in Nepal after many years,” said Shah.

He says that the basis of the current Digital Nepal framework is the ‘e-government’ that he had brought previously.

“When I was minister, I brought up the concept of e-government. The current Digital Nepal framework is based on that,” he said. “I only became a minister for nine months. However, at that time, I encouraged and promoted schools, universities and institutions related to science and technology.”

Shah is also involved in some science and technology related organizations. He is a goodwill ambassador of Nepal Academy of Science and Technology (NAST). He is also an advisor to the Computer Association of Nepal (CAN).

He is also a consultant to the Science Teachers’ Association Nepal (STAN). He is also a board member of UNESCO’s Commission for Science and Technology in Nepal.

He thinks that despite the government’s commitment in the field of science and technology, it has not been able to move as fast as it should. He finds the role of the younger generation in technology assimilation and creation satisfactory. He understands that IT education is also getting better in Nepal now.

He emphasizes the need to connect science to the lower socioeconomic class. “I am also actively engaged in the process of introducing public science education”, he says, “This also helps to break superstitious beliefs. Society should also understand the importance of science and technology.”

He says that everyone should learn basic science. He says, “Every country that has invested in science has fostered. More science is needed to make the poor rich.”

Another aspect of his campaign is starting libraries. He is a board member of the community library at Bhrikuti Mandap in the capital city. He has also opened the Nepal Library Foundation under his own chairmanship.

Similarly, Shah says that he is working to open e-libraries in many parts of Nepal by collaborating with non-resident Nepalis. He says that he has made libraries and their promotion one of his campaigns, as education is the foundation of development.

The development of domestic tourism is also one of his campaigns. He believes domestic tourism should be linked with the concept of travelling, ​​visiting Nepal and understanding the country rather than making it all about economic growth.

“Unless you travel around the country, you won’t be able to know the country’s culture,” he says. “My main focus is on domestic tourism. This is about understanding the country’s art, culture, geography and biodiversity.”

Shah also celebrated Park Day for a few years under his own leadership. He also campaigned for a national network of parks in Nepal.

He came into the limelight after cleaning a toilet in Ratna Park. He also introduced mobile toilets in the capital when he was minister. Saying that the lack of toilets in public places would cause a lot of problems to the people, he gives importance to public streams and taps.

“There arises a lot of distress when there are no public toilets,” he said. “Public toilets and public taps are very important for the general public.”

He said that the public taps in Kathmandu have been destroyed in the name of urbanization.

“In the past, there used to be public taps in all places of Kathmandu,” recalls Shah. “But now, in the name of urbanization, all the land has been used up and the taps have also been destroyed. I am still of the view that the basic need for water should be met through public taps.”