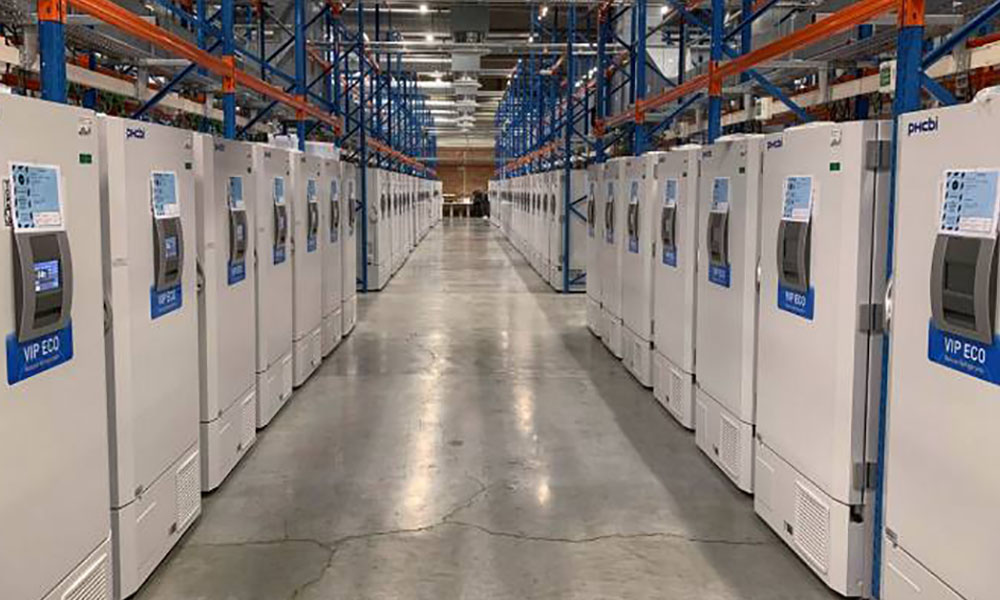 KATHMANDU: There are discussions among the general public that the amount of vaccinations against COVID-19 that have been administered is not enough for the country, and that the government has not done all it can. However, it seems that there will be a problem in the storage of vaccines if a large amount of doses are brought at the same time.

The Government of Nepal is currently taking initiatives to import vaccines from Russia, UK, China and India. One million doses of vaccine are arriving in Nepal from China in a few days.

In case vaccines from all the countries from which Nepal has started the procurement process for procurement, there is a concern about where to store the vaccines, says the head of the vaccination branch Dr Jhalak Gautam.

Which vaccine should be kept at what temperatures?

Vaccines brought from different countries have to be stored in different places. This is because not all vaccines can be stored at the same temperature. Nepal does not have the required cold chain for that.

Storage of the Pfizer vaccine to be imported from the US is most challenging. The vaccine should be kept at a temperature of minus 70 degrees Celsius. The company has stated that if the vaccine melts, it cannot be stored and used again. This requires a special refrigerator.

The Johnson & Johnson vaccine, made in the United States, requires a temperature of between 2 and 8 degrees Celsius. The company has stated that the vaccine will not work if there is no sufficient attention given to the safety of the storage of the vaccine.

Because of the ease of storage, the government has placed more emphasis on purchasing the Johnson & Johnson vaccine than any other vaccine produced in the United States. Similarly, the administering of only one dose of the J&J vaccine is enough.

India’s Covishield vaccine can be stored at 2 to 8 degrees Celsius. This is the temperature of a normal refrigerator.

There is problem in storing more than 2 million doses: Vaccination Branch

The vaccination branch has stated that there will be problems in storing large quantities of vaccines that may be brought from different countries at once. “We now have the capacity to store up to 2 million doses of vaccine. It is difficult to store more than that,” said Gautam, head of the branch.

The cold chain is a system that maintains a certain temperature until the vaccine is transported, stored, distributed and applied. The vaccine should be kept in the refrigerator in the cold chain according to the required temperatures.

Nepal has a lot of storage capacity at Tribhuvan International Airport, but there is no cold chain. Dr Gautam says, “There exists a problem with storage, but that cannot be a reason to not bring vaccines.”

Apart from the airport, all the seven provincial hospitals have vaccine storage centres. He added, “In the current situation, there is no storage problem. The only problem is if too many vaccines arrive at once. In that case, vaccines will also be distributed for storage to the private companies,” Gautam said.

We are preparing for storage expansion: Ministry

Joint Spokesperson of the Ministry of Health Dr Sameer Kumar Adhikari has admitted that there is not enough space for storage of vaccines against coronavirus in Nepal. “We don’t have enough space in our health facilities to store the vaccines. We have very few refrigerators, and even in those that we do, the vaccines cannot be stored for a long time.”

Earlier, there was less need for such refrigerators, so there was not much emphasis on expansion,.We are now preparing to become able store the vaccine at minus 70 degrees Celsius,” he said.

Where are the vaccines coming from?

The government is working to bring vaccines against coronavirus infection. Earlier, China and India had provided 3 million doses of vaccine against COVID-19 to Nepal. The United Kingdom, Russia and the United States have also pledged to provide vaccines through grants.

The government of Nepal is going to buy vaccines from China including Vero Cell, Covishield from India, Sputnik 5 from Russia, Johnson & Johnson, Moderna, Novavax and Pfizer from the US.

The government is ready to purchase 5 million doses of vaccine from Johnson & Johnson Company of the United States, even though the United States has announced that it will provide vaccines as a grant to Nepal.

Meanwhile, as per the non-disclosure agreement, the process of purchasing 4 million doses of vaccine from China Sinopharm Company has already begun. One million doses of vaccines purchased by the government are coming to Nepal within a week. The vaccine purchase agreement with China has moved forward. Accordingly, a flight of the Nepal Airlines Corporation is going to China to get the vaccine purchased for the first time and the remaining 3 million vaccines will be delivered by next upcoming August, according to the Ministry.

The government has already paid India in advance for the purchase of additional vaccines. Despite the payment for 1.7 million doses, there is uncertainty on their arrival.