Contribution of Nepal to World Peace

Nepal ranked third in list of countries sending most peacekeepers 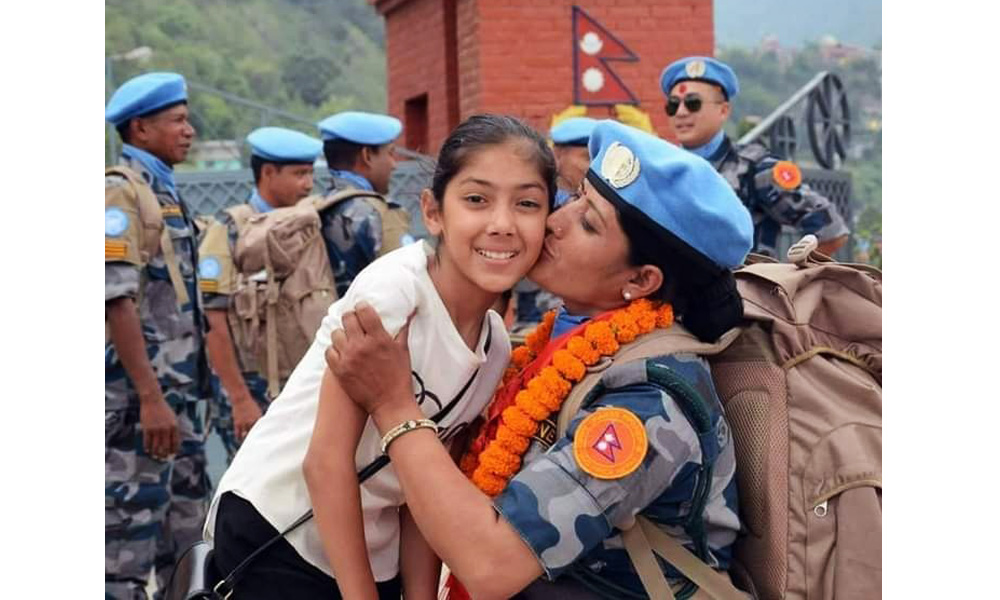 KATHMANDU: Nepal has risen to the third position in the list of countries sending more troops to the world peacekeeping mission at the call of the United Nations. Military Spokesperson Santosh Ballabh Poudel informed that Nepal is ranked third in the list of countries in the world contributing by deploying peacekeepers. There are currently 5,154 Nepali peacekeepers deployed in 12 peacekeeping missions around the world.

122 nations of the world have been deploying peacekeepers at the call of the United Nations. There are currently 176 Nepali women serving as peacekeepers in the conflict-ridden countries of Africa, including Sudan and Congo. Earlier, 1,550 Nepali women soldiers have contributed to the peace process.

“Rwanda’s human resources have shrunk, and we have risen from fourth to third,” said Poudel, military spokesperson. “The United Nations has recently demanded an additional 450 peacekeepers from Nepal.”

In 1958, Lebanon began sending troops to establish world peace. In a period of 63 years, the Nepal Army has received 135,343 UN peace medals for its contribution to the establishment of world peace.

Established as disciplined, professional and adventurous soldiers, Nepal Army has created the image of a ‘peace champion’ capable of maintaining peace by winning the hearts of the conflict-affected people during its Peace Mission journey. The Nepal Army has experience in 42 peacekeeping missions around the world.

The Nepal Army has been the first choice of the people of the United Nations and conflict-affected countries for fulfilling its responsibilities in a friendly and excellent manner. Nepal has already committed to send up to 10,000 troops if requested by the United Nations. Major General Ishwar Hamal is currently in charge of the Force Commander of the Undof Peace Mission in Syria, which Nepal received on the basis of its contribution. Earlier, Krishna Narayan Thapa, Victory Rana, Balananda Sharma, Pawan Jung Thapa and Chief of Army Staff Purnachandra Thapa had assumed the responsibility of Force Commander.

The Nepal Army, which is committed to the protection of the country’s independence, sovereignty, geographical integrity, independence and national unity, has been at the forefront of deploying in conflict-ridden countries for world peace. During this period, 68 Nepali soldiers have sacrificed their lives for world peace. During this period, 66 soldiers have been seriously injured.

The work being done by the Nepal Army in full compliance with human rights, conflict management and humanitarian assistance has been openly praised by the world community. The United Nations has high hopes, trust and confidence in the Nepal Army in bringing peace to conflict-torn countries.

By making a significant contribution to international peacekeeping, the Nepal Army is gaining great respect, prestige and trust from the world community. Secretary at the Ministry of Defense, Reshmi Raj Pandey, said that the Nepal Army has been receiving much praise from the United Nations for its invaluable contribution to the peacekeeping mission.

He says, “The United Nations and the local people seem to have a lot of confidence in the Nepal Army due to its efficient performance of its responsibilities and its role in maintaining neutrality in the peacekeeping force. The possibility of increasing the numbers has also come from this.

The Nepal Army has not only been the first choice of the world community due to its professionalism in international peacekeeping operations, but has also been carrying out special responsibilities. There are ample examples of the Nepal Army assuming responsibility for the security of important structures, sites and high-ranking officials in some conflict-ridden countries.

Former Army Chief Jagadish Chandra Pokharel said that the Nepal Army is not only a peace-loving and non-partisan neutral party by nature, but also fulfills its responsibilities in line with the principles and mandate of the United Nations.

Stating that the Nepal Army has been successful in winning the hearts of the people of the conflict-ridden countries due to its professionalism, discipline and amicable character, he said, “The Nepal Army does not take any self-interest to any mission, and prioritizes responsibility while risking their own lives.”

Though a small nation in terms of geography, Nepal has made a great contribution to world peace. Pokharel says that the organization has succeeded in conveying the message that effective work is done wherever Nepali soldiers are deployed.

In Liberia, Congo, Sudan and other countries, which are considered to be very sensitive in terms of deploying peacekeepers for the first time, the fact that the Nepal Army has been in the forefront and assumed important responsibilities has been widely praised. Nepal has been urging the United Nations to be able to assume the leadership and responsibility of a “force commander” based on its contribution to peacekeeping.