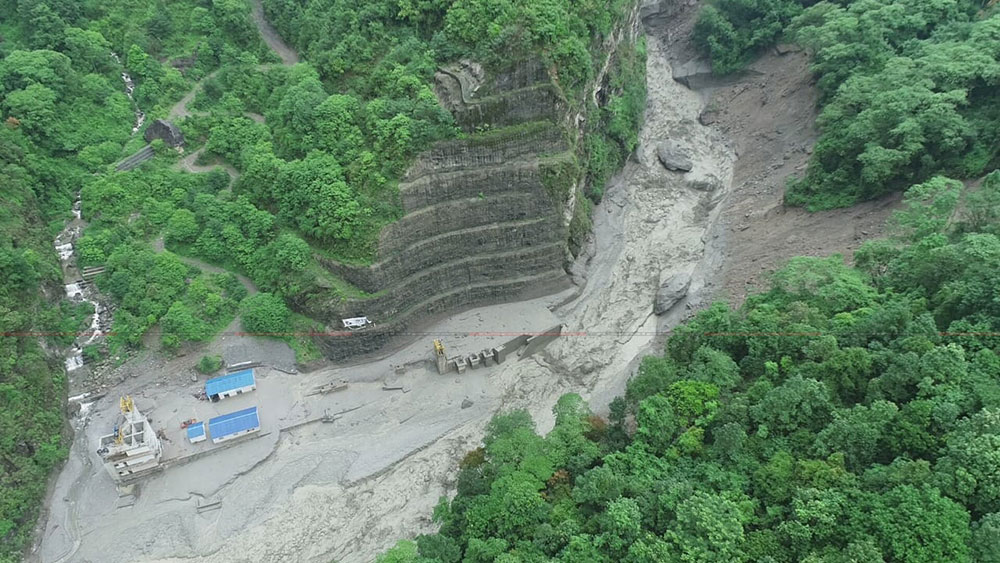 KATHMANDU: A total of 47 workers have been rescued after the Melamchi Drinking Water Project camp was swept away by the floods in Helambu of Sindhupalchowk district due to incessant rain.

Seventy labourers and project workers were living in a camp near the source of the water project in Helambu Village municipality -1 Ambathan, were trapped in the flood.

Chief District Officer of Sindhupalchowk Arun Pokharel told Nepal Press that 47 workers trapped in the project were rescued from the helicopter of Nepal Army and a private company and  kept at Dhulikhel Hospital.

He said, “Helicopters have rescued the workers in 3-4 batches and they are kept in Dhulikhel Hospital. It is not clear if they were injured. It is unknown at this time how many people are trapped there.”

Tuesday night’s floods swept away the labor camp. Some workers managed to escape and save their lives, while others are out of contact. As the headworks of the Melamchi Drinking Water Project is under construction, 70 people including Nepali, Chinese and Indian and the project staff were working there. Search and rescue operations are underway for the flood victims.

There are at least 70 Nepali, Indian and Chinese workers in the Ambathan camp, said Rajendra Prasad Pant, spokesperson of the Melamchi Drinking Water Development Committee.

“There are still many to be rescued, But as their condition remains unknown, there is difficulty in their rescue,” he said.  According to him, 23 out of 70 people are still out of contact.

Seven people have lost their lives in the floods in Melamchi district so far. Flood has entered Chanaute, Timbu, Taramarang and Melamchi markets. The floods have swept away dozens of bridges.