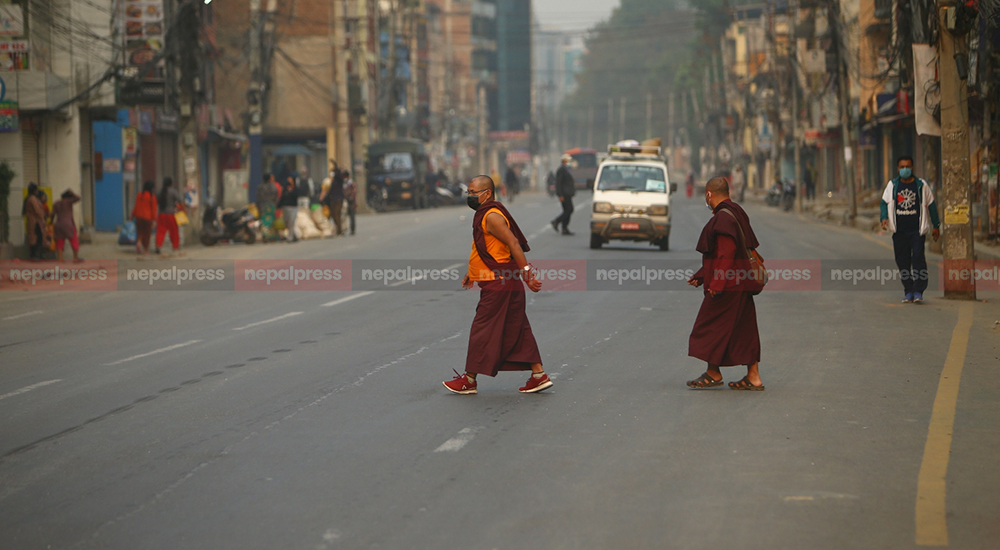 KATHMANDU: A prohibitory order has been issued in 17 districts including the Kathmandu Valley, to control coronavirus infection. People’s movement has now been relaxed in some districts, since 15th June.

According to the Home Ministry, the prohibitory orders have been extended in Kathmandu, Lalitpur and Bhaktapur as well as Baglung, Dadeldhura, Udaypur, Kalikot, Syangja, Kapilvastu, Taplejung, East Nawalparasi, Tanahu, Bara, Ilam, Achham, Panchthar and Mustang.

The government had brought a provision to issue a prohibitory order in the district if 500 people were found to be infected in the Kathmandu Valley and Terai districts, and 200 in the hilly districts.

Accordingly, the orders have been issued in 75 districts from 26th April 2021. Home Ministry Spokesperson Janak Raj Dahal said that work was being done to gradually relax the prohibitory orders in other districts as per the structure of the Kathmandu Valley.

In some hilly districts, food and grocery and clothing shops have been instructed to open in the evening and in the morning, and development and construction work have been started regularly. The supply of agricultural commodities has been facilitated as planting has started in most of the districts.