KATHMANDU: Eight newly appointed ministers have been sworn in today. In a special ceremony held at Sheetal Niwas, President Bidhya Devi Bhandari administered the oath of office and secrecy to the ministers.

The seven new ministers have been sworn in by the President and one minister of state by the Prime Minister.

The new ministers are Narad Muni Rana in charge of Forests and Environment, Mohan Baniya of the Prime Minister’s Office and Council of Ministers, Khagaraj Adhikari of the Home Ministry, Nanakala Thapa of Communications, Jwala Kumari Shah of Agriculture, Raj Kishor Yadav of Industry, Ganesh Pahadi of General Administration and Asha BK as Forest Minister of the state. 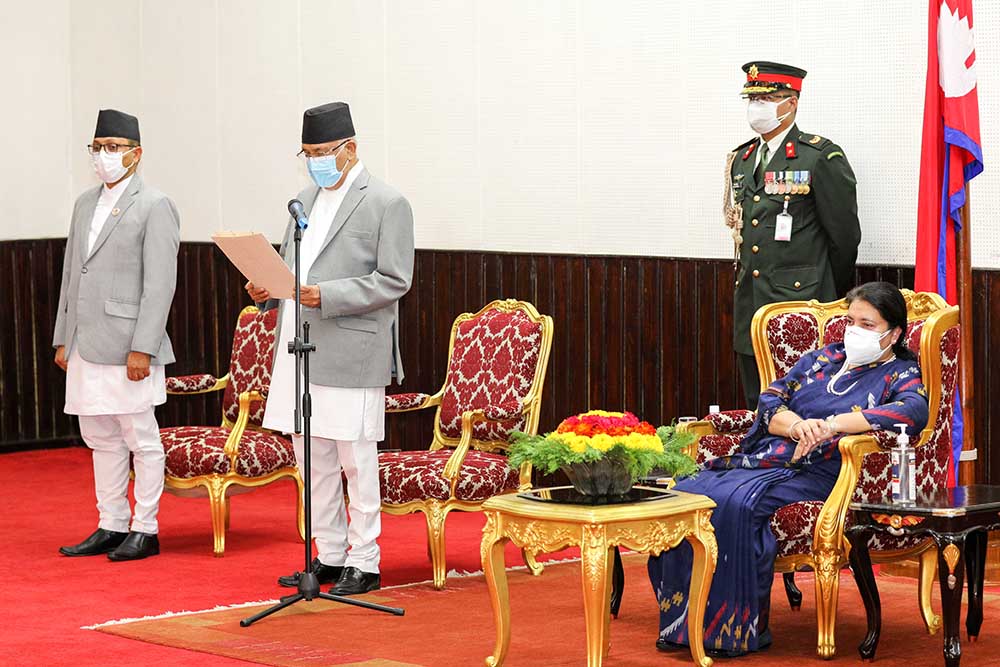 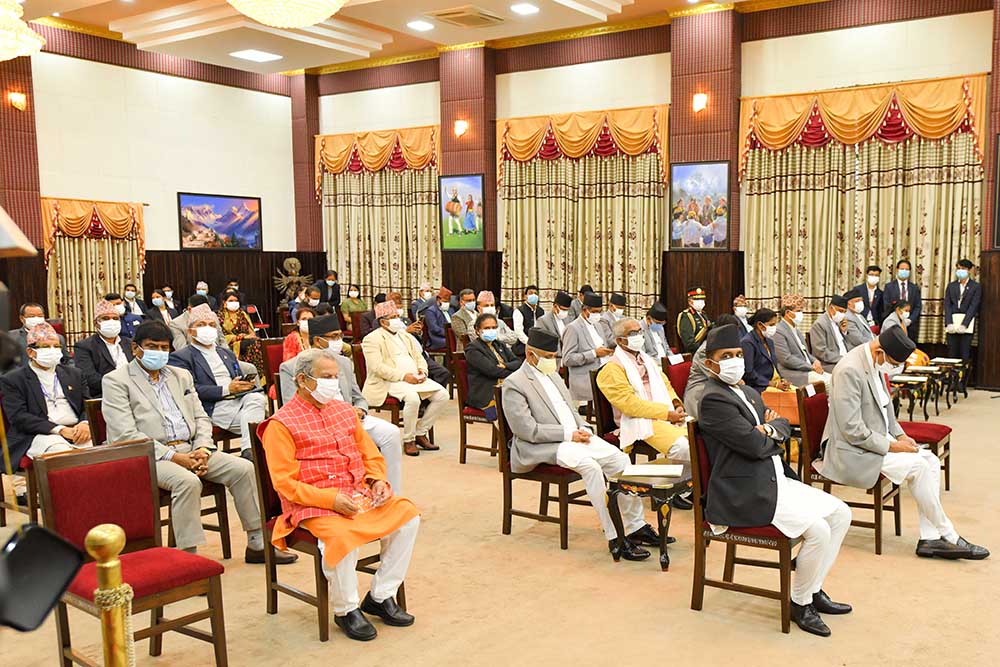 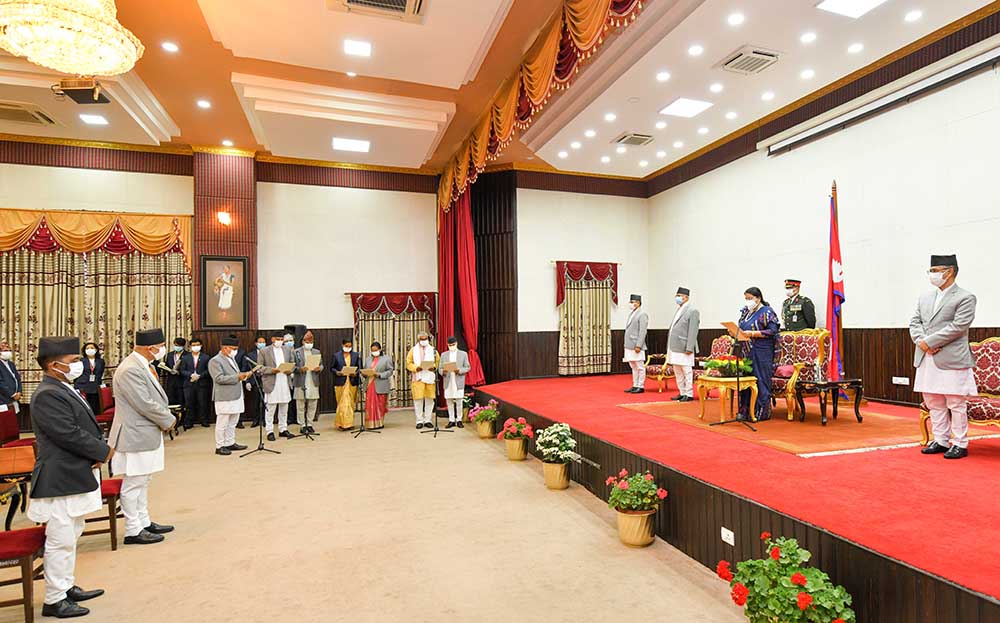