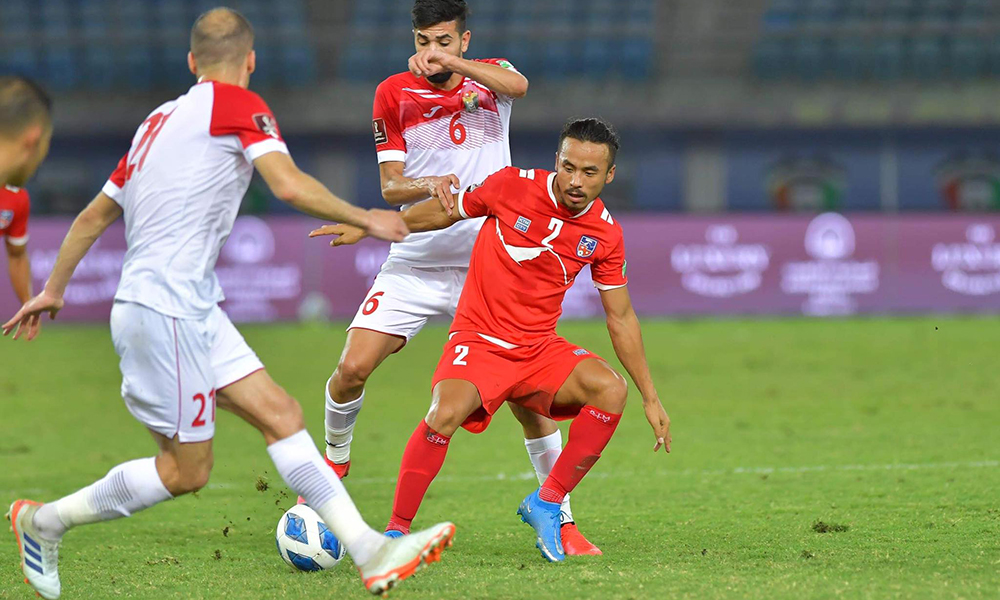 KATHMANDU: Maintaining the result of the first leg, Nepal has lost 3-0 to Jordan in the World Cup and Asia Cup qualifiers.

Nepal, which is in the fourth position of the group, had lost 3-0 to Jordan in the away match played at Jordan’s own ground. In the match played at the neutral Zuwer Al-Ahmed International Stadium in Qatar due to the COVID pandemic, Nepal was trailing behind at 1-0 in the first half after a penalty goal.

In the 22nd minute, Rohit Chand fouled Moussa Mohammad Suleiman inside the box and Jordan’s Baha Faizal scored in the penalty.

Faizal doubled the lead with a goal early in the second half. In the 67th minute, Yazan Al Arab scored a brilliant header from Yazan Al Naimat’s cross.

Nepal could not make a single strong attack on Jordan’s post which is 76 places above it in the FIFA rankings. Coach Abdullah Almutairi predicted that the outcome of the game could have been different had it not been for the penalty. But he said he was fully satisfied with the team’s performance as they played according to his plan.

Nepal had defeated Chinese Taipei 2-0 in the previous match four days ago. In the final match of the group stage, Nepal will play its strongest rival Australia on Friday.