Asia Cup is our goal and we need to beat Jordan for this: Coach Abdullah 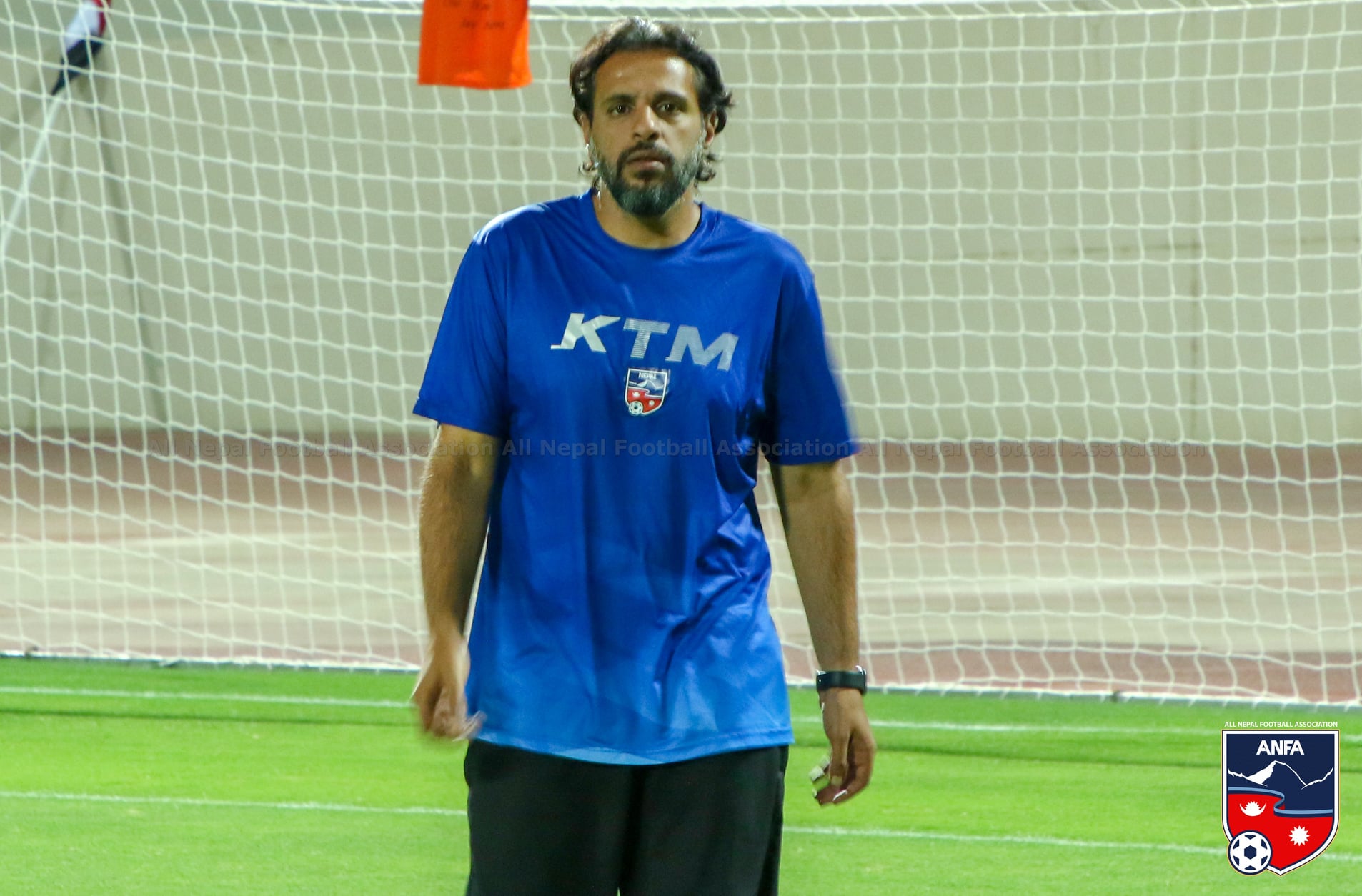 KATHMANDU: Head Coach Abdullah Almutairi has said that the Nepali national football team is ready for the World Cup and AFC Asia Cup qualifiers against Jordan on Monday.

Although Jordan is a higher-level team than Nepal, Nepal will enter the field with the hope to win tomorrow’s game, said Almutairi. “A lot of people are telling us that there is no possibility of us winning against Jordan,” he said. “Every game starts at 0-0 and the result is based on the performance on the field. From the beginning, our goal will be to win tomorrow’s game.”

Stating that the goal of the Nepali team is to be selected in the Asia Cup, Almutairi said that Nepal needs a victory against Jordan for this.

The Nepali team, on its first foreign tour led by Almutairi, played a friendly match against Iraq last week.

The Nepali team, which came out to the field with high morale against the team 103 places above them, took a 1-2 lead in the beginning but lost in the end at 6-2.

After a friendly match, Nepal reached Kuwait to play the remaining matches of the World Cup and AFC Asia Cup qualifiers and defeated Chinese Taipei 2-0 last Thursday. With the arrival of Abdullah, who has decided to reshape Nepali football, it has been felt that the Nepali team can also play offensive games. Nepal’s captain Kiran Chemjong also commented that the team environment has changed.

Abdullah, who changed 13 players of the winning team of the Three Nations Cup in Nepal in April and added 6 new players, has said that they will play an offensive game in tomorrow’s match as well.

Earlier, Abdullah had said that if North Macedonia can beat Germany, Nepal can also attack Australia. From this, it can be inferred that Nepal will adopt an aggressive style in the game against Jordan.

Stating that the game against Nepal is important for Jordan, Head Coach Vital Borkelmans said that he has worked hard for it.

“Everyone expects us to score three points,” he said. “But this is football. Anything can happen here.”

He said that he had watched Nepal’s matches against Iraq and Taipei and that Nepal’s playing system had changed. He said that if their performance on the field is good, the result will be in their favor.

Nepal will play tomorrow (Monday) at 9:45 PM at the Jaber Al Ahmed International Stadium in Kuwait.

Anjan Bista and Nawayug Shrestha scored 1 goal each in the 2-0 win over Chinese Taipei on Thursday.