Keynote Speech at Webinar of CPC (With full text)

The relationship between Chinese Communist Party and UML should be expanded to the provincial level: Former Minister Ananda Pokhrel

KATHMANDU: CPN-UML leader and Former Minister Ananda Pokhrel has proposed to expand the relationship between the Chinese Communist Party and the CPN-UML to the provincial level while addressing the virtual event as the keynote speaker at a webinar meeting with young leaders of major political parties in South Asia and Southeast Asia on Thursday. He said the relationship between the two parties should be expanded from the center to the local levels, while also addressing various other issues.

The CPC has organized discussions with young leaders from Pakistan, Malaysia, Sri Lanka, and Nepal on youth entrepreneurship and business development during the pandemic. The discussion was attended by 72 young leaders of various levels within the UML.

Praising China’s support to Nepal in fighting the epidemic, Pokhrel said the UML-led government had brought good programs in the budget this year to boost youth entrepreneurship. 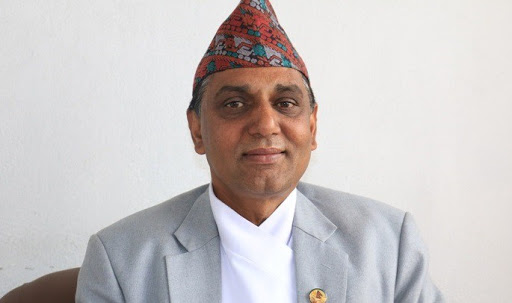 Read Ananda Pokhrel’s address as adapted from the virtual meeting below:

It is my greatest honor and privilege to be here today representing the Communist Party of Nepal (CPN-UML) at this important and historic event, and offer some of my remarks on Nepal-China friendly ties, coping with the current pandemic, and the communist movements of Nepal.

I would like to thank SouthEast Asia and South Asia IDCPC for organizing this event.

First of all, I would like to congratulate the Communist Party of China for completing 100 successful years of its establishment and 71 years of Chinese Liberation.

The whole world should be proud of China because it has not only provided economic dreams but also the hope of change and development to countries like Nepal with the adaptation of socialism with distinct Chinese characteristics, building into a well-off, democratic, civilized, and harmonious modern nation.

The History of Nepal Communist Party goes back 71 years. The Communist Party became popular under the leadership of Late Madan Bhandari. People’s Multiparty Democracy, the idea and philosophy proposed by Madan Bhandari, was later developed as the guiding principle of CPN-UML. With the alliance of leading communist parties of Nepal, we secured a majority in the Parliamentary Election and later unified as a strong single party. This unification lasted for merely 3 years, due to internal contradiction and conflict of interest. The capitalists and imperialists were not satisfied with the rise of Communist influence and stable government in Nepal and they played a significant role in the split of communist party, nurturing instability by weakening the CPN-UML and Communist Movement by formation of the Anti-UML alliance.

Learning from the experiences of communist activities of Nepal, CPC and CPN-UML must work together for the development movement in Nepal and strengthen the ideological friendship. The partnership should go beyond the central level and should be expanded to the Provincial level.

Nepal is firmly committed to the one-China policy. We have a principled position that we will not allow our soil to be used against China. We believe this relationship will become more rational and stronger in the coming days as well.

The unprecedented impact of COVID 19 has hit Nepal very hard recently. The Nepalese are in panic with the rate of infection and skyrocketing mortality rate. Even with limited health infrastructure and a fragile health system, Nepal Government is doing everything possible through the mobilization of available resources.

Since the onset of the pandemic, China and Nepal have firmly supported each other in the fight against COVID-19, and carried out in-depth anti-pandemic cooperation. China’s prompt decision of donating oxygen cylinders, ICUs, ventilators and other medical supplies when Nepal was in crisis saved many lives. CPC also donated medical supplies to political parties of Nepal and on behalf of the CPN-UML. I would like to thank President Xi and the CPC for this generous act of kindness in our fight against COVID.  Even with the surge of demand for vaccines around the world, China has already donated 1.8 million vaccine doses to Nepal whereas other countries have not been able to dispatch the vaccine even after the payment has been done.

While the government has adopted various relief measures to contain the pandemic, reduce the impact on households and provide economic support to the most vulnerable firms, reforms are necessary to support resilience and recovery.

For resilience, recovery and inclusive growth, economic support measures to firms and workers in the informal sector will be important. Incentives to agribusiness-based and SMEs with a focus on returnee migrants and youths could help increase employment and food security. Inclusive growth could be further promoted through entrepreneurship support programs and grants to small and medium enterprises, which the new budget prepared by the CPN-UML-led government has addressed.

Nepal Government has also allocated a huge sum for vocational training, which starts from the school level, in order to generate a skilled workforce for the market, focusing on STEM education to developing skills for innovation through a hands-on learning approach. We believe that we can develop our own skilled resources in various fields, fulfilling the demands in different sectors of developmental activities in the near future.

The topics discussed today were very informative and we would like to thank the organizer for organizing this event. I hope all the participants learned something valuable from the presentation on ‘Technology enables development in the post-pandemic era’ and China’s Vocational Education and the growth of youths. The session will contribute their learning and understanding in favor of the development of Nepal. We look forward to having more programs like this in the coming days as well.