Having created his own standard of good politics, Ujjwal has left us 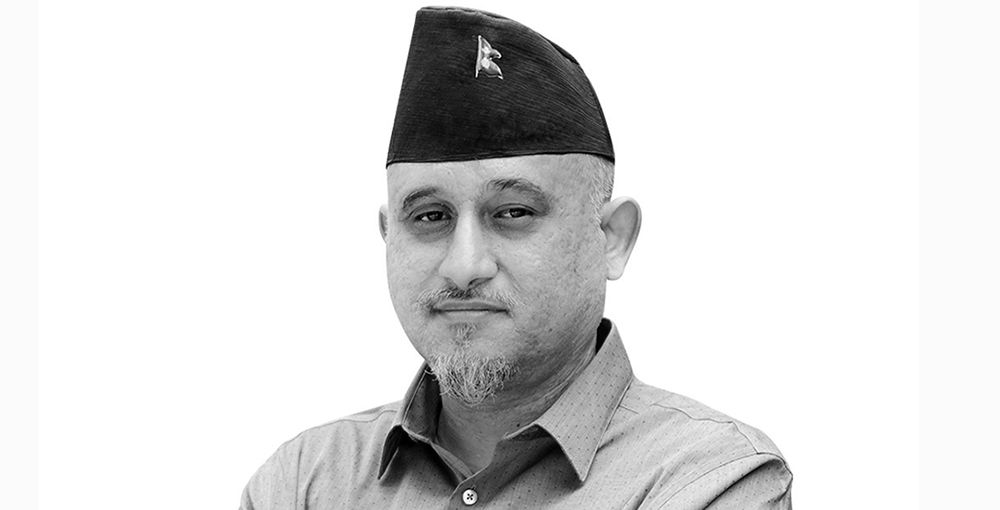 KATHMANDU: COVID has claimed the life of a good young leader, for whose life the whole country was praying. Ujjwal Thapa, the founder of Bibeksheel Nepali Party, is no longer with us.

Ujjwal was not a ‘senior’ leader of any large party with millions of cadres. He never became an MP, let alone a minister. He did not even have the art of making loud speeches and garnering applause from the mass.

Yet, Ujjwal did have those things that the mainstream Nepali leaders lack. Political honesty. Willpower.  A simple lifestyle. The belief that the country will change, and the hustle to make it happen. He was engaged in politics with the right intention. He never tried to climb the political ladder to a higher position or raise his personal standard of living.

Ujjwal always tried to practice politics differently, right from the beginning. He tried to set his own standard of honest politics. He instructed the youth to carry out their own ventures along with politics. He took politics as a service and not as a profession.

We live in a country where people are becoming more and more disgusted with politics and leaders day by day. Leaders of large parties of the country are constantly downgrading in the public eye. Even if a leader dies, the remembrance will be limited to the official ‘RIP’ from parties and cadres, and the sympathy of the general public will not be gained as such.

However, with the news of Ujjwal Thapa’s critical condition and illness due to the coronavirus infection, there was worry, concern, and interest all across the country. Many on social media wished him recovery and good health. Even this could also be considered as a formality – however, when financial assistance was called for from the public as his treatment became costly, it became clear that the public really wanted to save him. It was amazing that more than Rs 5 million was collected from the people in 24 hours for the treatment of one leader.

Praying for Ujjwal’s recovery and financial support were not things only his party workers and well-wishers did. He had the goodwill of the people, of the general public. Ujjwal is also an example that a leader does not have to show any extraordinary ability to win the love of the people, he/she does not have to make a huge contribution to the country; only honest and sincere politics is enough.

Ujjwal Thapa was not in the leadership of Bibeksheel Party in his later days. From some time ago, he sat behind the scenes by appointing the party’s young leader Milan Pandey the Chairman. He resigned from the leadership at the mere age of 44, despite having no pressure to leave. By handing over the leadership of the party easily, Ujjwal raised himself and stood in a different light.

In electoral politics, however, Ujjwal was not successful. Despite gaining popularity among the youth, he did not have a strong party organization and a large group of cadres to win the election. His party did not have a legacy of leaders who fought a great battle for democracy or a long line of imprisoned leaders. There was only the energetic youth, who aspired to make significant changes in the country.

In the previous parliamentary elections, Ujjwal was a candidate from Kathmandu Constituency 5. He came third in the election after UML and Congress, with 6,813 votes. It was encouraging and a significant achievement for a candidate from a small party to compete against so many heavyweight candidates and yet gather as many votes.

In politics, Ujjwal never followed the path paved by others. He built his own road. He believed that politics was not a source of income, which is why politicians should engage in other ventures for their personal economic purposes. He tried to win the hearts and minds of people not by putting forward big political agendas, but through small issues related to livelihood and constantly raising his voice against corruption.

He had ambitions to do something above his profession. Thus, he gathered some friends working in the IT sector and formed an informal organization. The seed of Bibeksheel Nepali Party was this very organization of IT professionals.

The country’s political climate had been deteriorating. This had an impact on all areas. With the conclusion that the youth should be involved in politics to drive the country in the right direction, Ujjwal’s group registered a party and decided to contest in the elections.

Ujjwal has been involved in politics since the second Constituent Assembly elections in 2070 BS. Ujjwal had no experience when it came to politics, as he had only been doing business by creating an unregistered ‘Bibeksheel Nepali Manch’.

Despite deciding to run in the second Constituent Assembly election, they were struggling to get 10,000 signatures for party registration at that time. Had he done fake work, this might have happened immediately. However, this was not possible since they tried to do so rightly.

The independent candidates contesting in Kathmandu 1, 4, 5, and 8 could not get enough votes. Thapa got the highest – 1,163 votes.

After the local elections in 2074 BS, many started talking about the Bibeksheel Party. In this election, Ranju Darshana competed against large parties for the post of Mayor of Kathmandu. Before the next election, there was unity between the Bibeksheel and Sajha parties. Rabindra Mishra and Ujjwal were the joint chairmen.

A year later, the party split and the old Bibkesheel party was revived. Shortly afterward, Ujjwal handed over the reins of the party to Milan Pandey. Now, for the second time, the two parties have unified. Even in this unified party, Ujjwal was not in the leadership.

The Bibeksheel Nepali Party, founded by Ujjwal, was run from the beginning with the financial support of leaders, activists, and well-wishers. Due to its financial transparency, the party has been receiving financial support from home and abroad. Their campaigns like those against Nepal Banda (strikes), the anti-corruption movement, post-earthquake rescue and relief activism, economic transparency, and other popular agendas helped to attract the youth of the country.