As Nepal is dearly missed, from Switzerland… 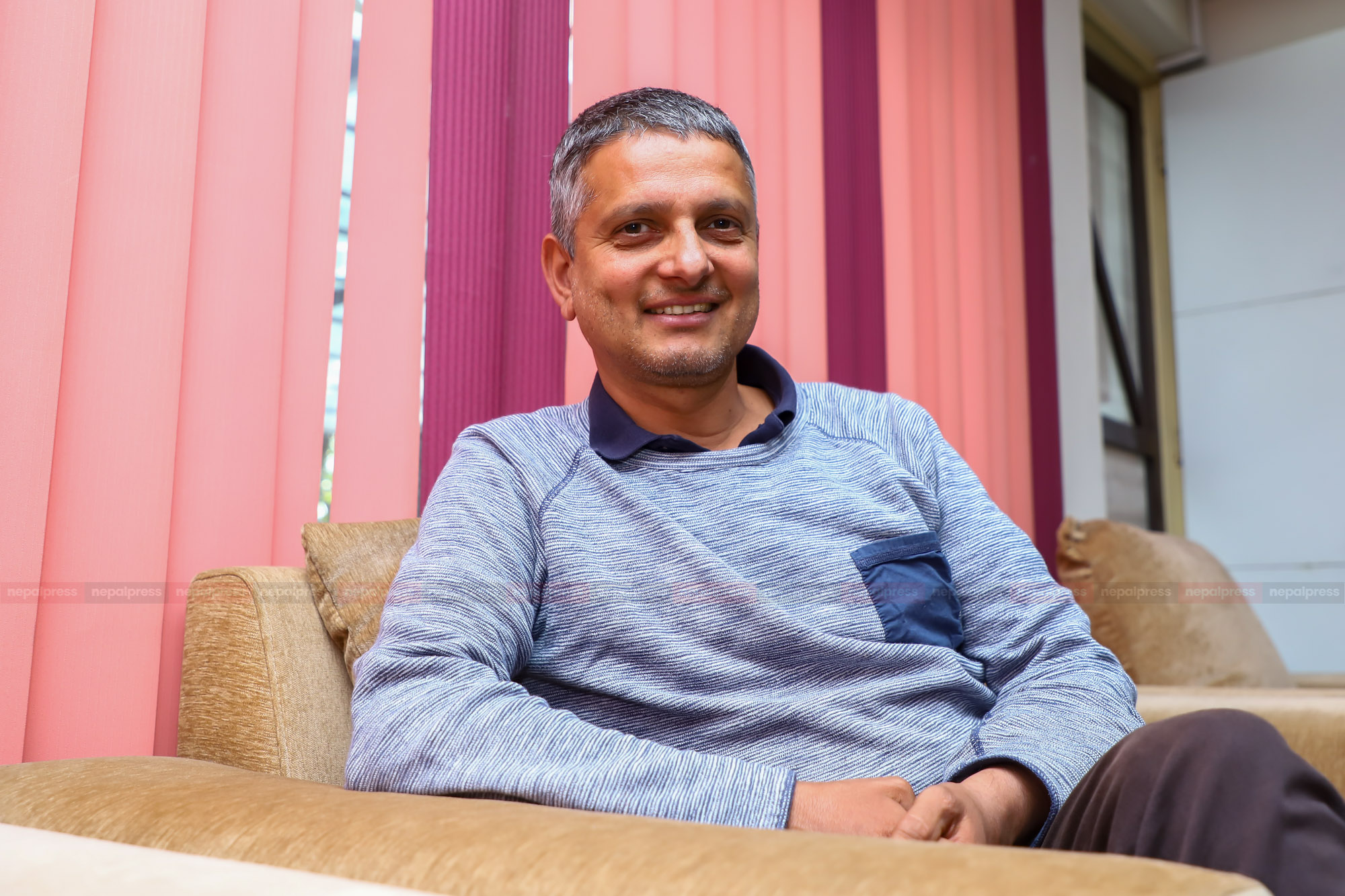 After being in Nepal for two months, he flew to Switzerland. Before leaving, he thought about the incomplete work, his destination, and the help left to be done. “Now I will return during Dashain, and I will fulfill my plan,” he promised to himself.

It has become two decades since he started residing in Switzerland. There are very few complaints in terms of services and facilities. There is no shortage. He has his own business – tourism.

He is also an employee of the airport.

He got married in Switzerland, to a Swiss citizen. They have an attractive son. From time to time, he has a conversation with his son about his country. “Father’s country is Nepal, but it is poor. The people are also poor,” Somehow, this perception of Nepal has developed even among children.

In these moments, he feels a pinch in his heart. The country may be poor, but his love belongs to Nepal itself. “I work in Switzerland, but I dream of Nepal,” says his voice, filled with patriotism.

During this short period of stay in Nepal, Janardhan Gautam had the opportunity to express his grievances. In fact, it turns out that it was not his desire to leave Nepal. “It is not that I don’t feel like doing whatever I do here in Nepal itself. But the fear of previous conditions arising again scares me,” expresses Janardhan, eyebrows tense.

“What is wrong about generating a livelihood in one’s own country?” People think. He thought so too. It is not that he did not feel the same while leaving his homeland. However, reminded of the situation that arose due to which he first had to leave the country, he gets scared. “I neither saw the future nor a good life. When the times here were terrible, I decided to go abroad,” says Janardhan.

He came to Kathmandu in 1990 from Okhaldhunga. His hands first fell into the tourism business. He became a businessman from a job-holder. Initially, business was booming.

He had 16 employees. He used to run a tour agency of Swiss and German tourists. Suddenly, everything fell to pieces. The peace of his family was disturbed, and business sank.

There was only one cause behind this – the People’s war. Both the Maoists and the army repeatedly cause grief in the village. “The army would come and stay at our homes, the Maoists would also come and stay. That is why the family was suffering,” he recalls. His nephew, who was a Maoist, was killed during the People’s War. His brother is still missing.

After his nephew was killed, Janardhan’s family left the mountains and started living in Sarlahi. His parents also suffered greatly due to the government. “My father was beaten on false allegations of aiding the Maoists. He was physically weakened due to this. Now, they have passed away,” recalls Janardhan.

Other than family feuds, the war and conflict also cut off his source of income. “My main visitors were Germans and Swiss. My agent could no longer send tourists to Nepal. ‘Your country is not safe,’ he wrote a letter, asking me to decide what to do. I got very worried,” says Janardhan.

Business stalled. He was burdened with debt. In addition, he had Rs 2 million. That too exhausted and merged into debt. He had nothing in the mountains to sell. “My brother, sister-in-law, and father were released on bail by pledging the house document as security,” he says.

Janardhan sold his car. All of his problems were ongoing at the same time. He thought of what to do next. At the time, e-mail had just been introduced. He talked to a close Swiss friend. The friend said, “Come to Switzerland.”

Janardhan left the stalled company in someone’s hands. After completing all procedures, he flew to Switzerland in 2002. While flying, Janardhan thought, “I am leaving. But not forever. When the situation returns to normal, I will come to Nepal and build a future.”

After leaving, he started working for an electric company. His monthly salary was 500,000 during his first month. He got married the same year. He learned the language, learned their culture. In 2005, his son was born.

They were thinking of returning to Nepal after 5 years. But two decades have passed, and he has not been able to return for good.

“It’s not easy to leave. All ties must be broken. Everything is insured there. My son has to go to school. My wife and I have a job. All aspects of social security should be closed. Moving from there to here is a very fresh start. What is to be done if the situation here does not improve?” He is not confident.

While there, the initial years were spent struggling. After gradually achieving success, Janardhan thought, “I can help my brothers from here too!”

A massive earthquake hit Nepal in 2072 BS. He came to Nepal then and engaged in relief work. He registered the JJ Foundation. Collaborated with helpnepal.ch in Switzerland and distributed clothing and food to the quake-hit districts.

Of course, even when he was in Nepal, it was not that he did not do social work. A well-equipped school was built for the children of poor slums in a place called Baluwa in Gokarna.

A school was also built by them in Okhaldhunga. It collapsed in the earthquake. They helped rebuild it.

There was a big problem related to health services in his village. There were no doctors or hospitals. One day, he took a health camp there, by coordinating with doctors of Teaching Hospital. “2000 people took the services. That was a great relief. Later, we even treated the critically ill for free at Teaching Hospital,” he said.

He also assisted by providing 15 wheelchairs to Teaching Hospital. Once, he could not find a wheelchair in order to treat his mother. He then made a decision – to provide wheelchairs.

In Sarlahi, people are bitten by snakes every year. They do not have money for treatment. He contributes a certain amount every year. Similarly, he has helped orphans and old age homes as much as possible.

He has even tried to work for the management of stray animals. “I am also a vegetarian. I have a lot of sympathy for animals. So I am thinking of working for animal management as well,” he says. 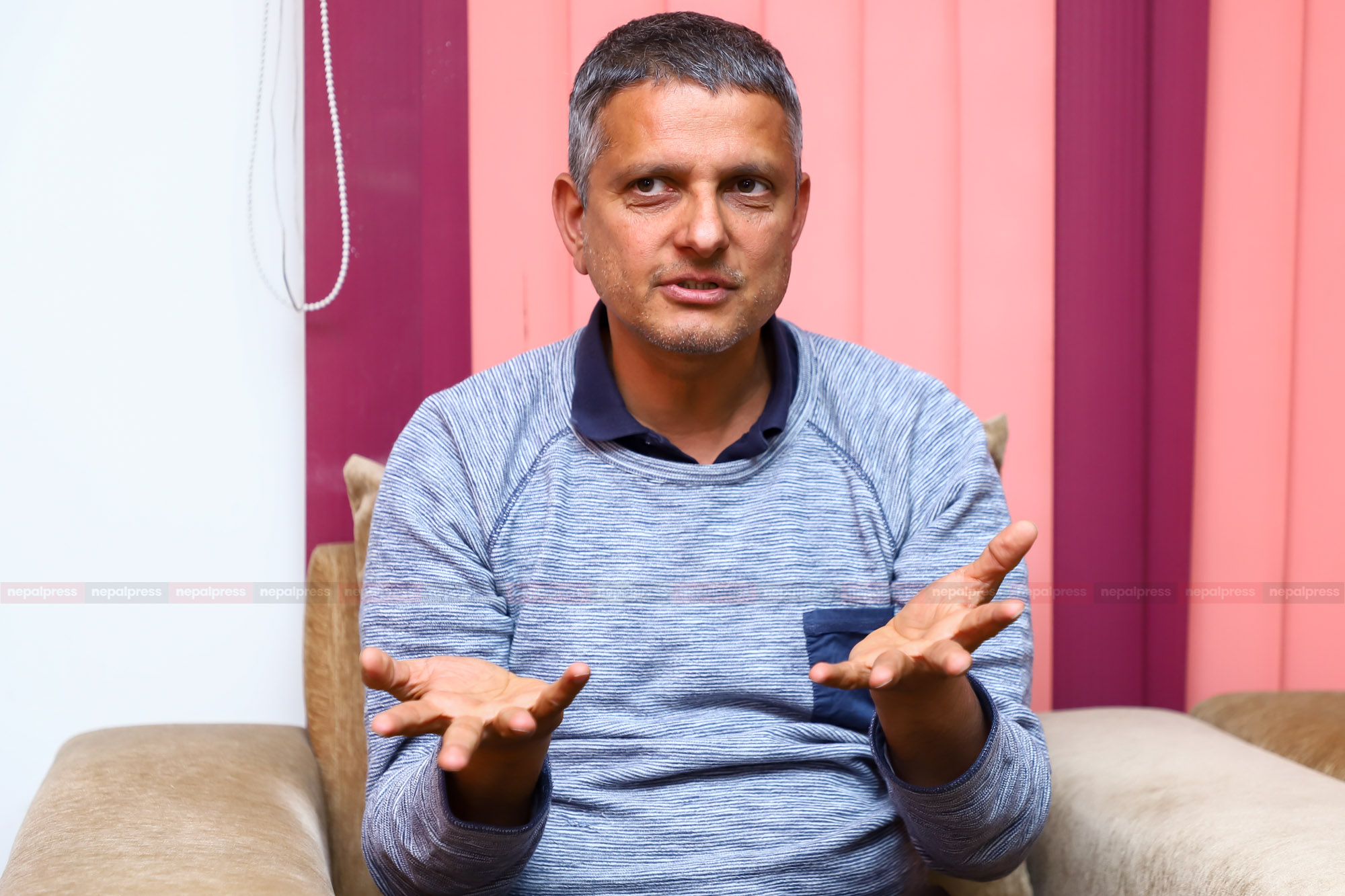 Janardhan’s stay in Nepal this time was exciting. He has worked on a plan to cultivate coffee on barren slopes.

He was encouraged by the Swiss, “You are Nepali. The value of coffee from your country is very high. People are unemployed in villages/hills. The land is barren. You should start coffee production by encouraging the community there. We will sell from here.”

By doing so, farmers will get employment and a fair price for labor.

As they say, there is a lot of barren land in Nepal which has not been used. Europe is also a large market for coffee. Thus, he came to Nepal with a plan for coffee production.

Rajkumar Banjara of Kavre has a PhD in coffee. He provides training on coffee cultivation. Janardhan has now collaborated with him.

“Rajumar, from Chamrangbesi of Kavre, is cultivating coffee after buying land himself. Farmers have come together. Now I am going to strengthen this campaign by collaborating with him,” he says.

Janardhan himself is in the process of learning about coffee farming. “Coffee produced above 1600 meters tastes different. Coffee production is not affected by monkeys. It can be planted on unused land where monkeys live,” he says, “You have to wait for four years for coffee cultivation. If it can be sold in Europe, the economic level of Nepalis will be prosperous.”

Janardhan wants to make Nepalis prosperous through social work as well as business. This is why he visits Nepal again and again. There are examples with him of many becoming commercially independent.

But, when coming to Nepal, he has only one complaint; he is treated as a non-citizen. “The state treats us like non-citizens. It makes us feel like strangers when we come to our own country,” he says.

He expresses the same grief every time he comes. “What a misfortune it is to be a migrant – it’s as if we don’t belong anywhere,” he sighs.