UML-PSP meeting being held in Baluwatar, Thakur faction to participate in government 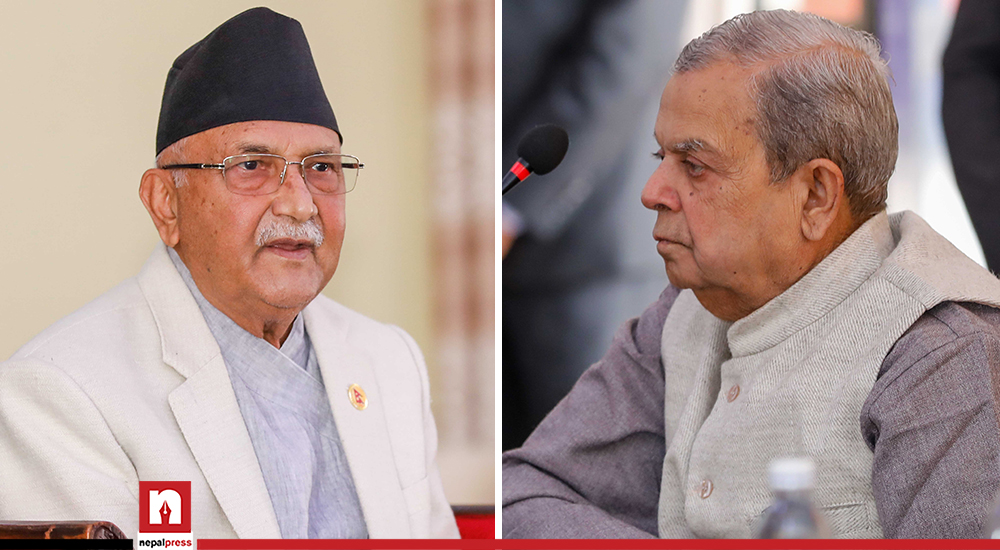 KATHMANDU: People’s Socialist Party (PSP) Chairman Mahanta Thakur and Rajendra Mahato, who are preparing to join the government, have reached Baluwatar for a discussion with the Prime Minister.

While the PSP is preparing to take action against the other faction, the UML and PSP leaders are discussing forming a coalition government. Apart from this, other demands of PSP are also being discussed.

Top leaders of both parties will participate in the discussion. An agreement has already been reached for eight ministries to be led by PSP. According to sources, Thakur’s party is participating in the UML-led government with eight ministers and two ministers in the provinces.

After the citizenship ordinance, the issues related to the Madhes movement were withdrawn and the constitution amendment task force was formed, the Mahanta Thakur faction said that the UML had fulfilled the demands of Madhes and would cooperate with the government.

It is said that Thakur’s party has been barred from joining the government for a few days with the strategy of not allowing Upendra Yadav and Baburam Bhattarai’s party to reach a majority in the executive committee. Leaders close to Thakur say that they are now preparing to join the government after Thakur reached a majority in the executive committee till Sunday.

Out of 32 MPs in the dissolved House of Representatives, 20 are in favor of Thakur.