Even in times of pandemic, climbers from 63 nations came to Everest this year 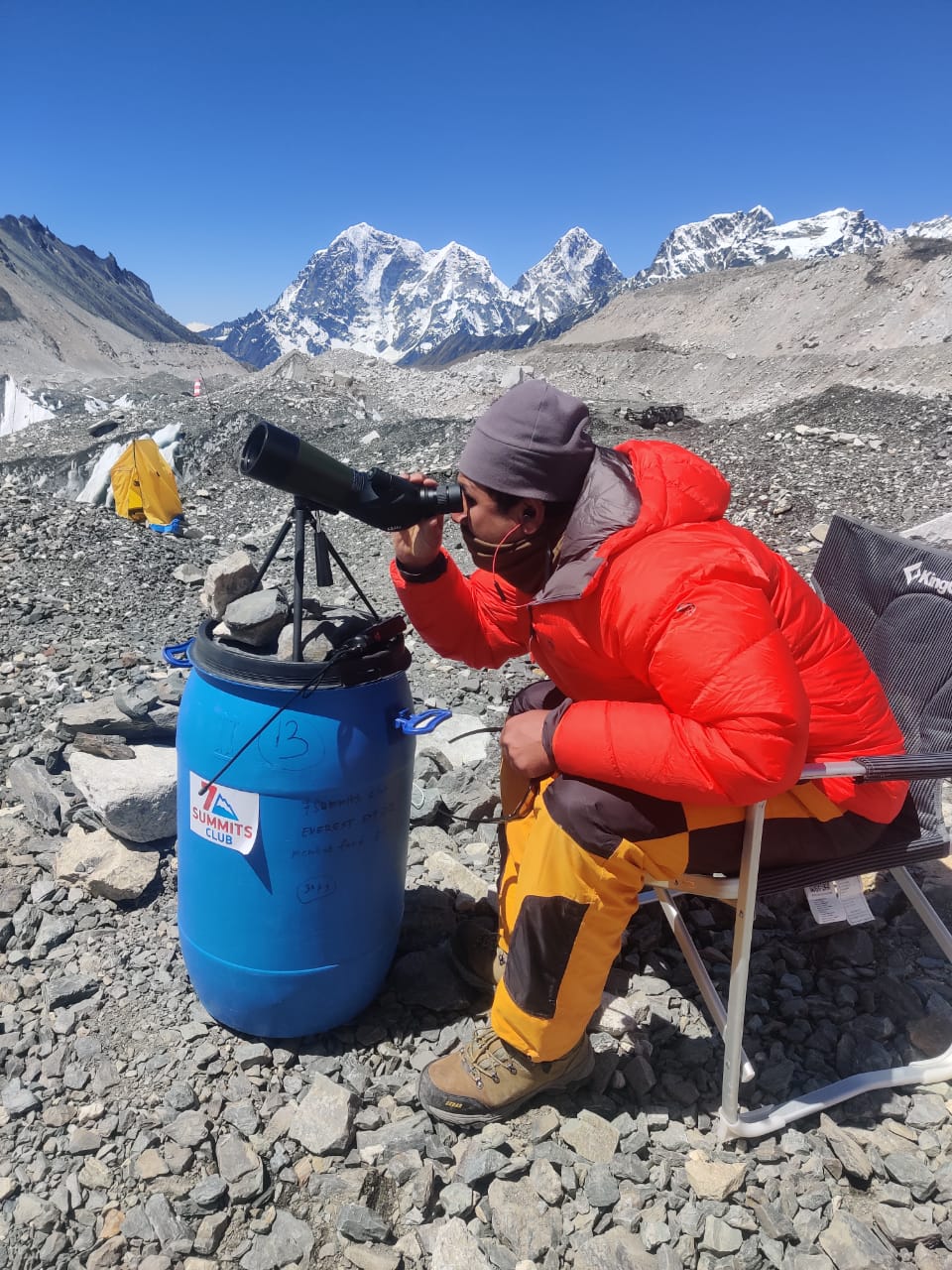 On the centenary celebration of the first Everest attempt from the Tibetan side in 1921 and the 68th anniversary of the first successful summit from the Nepali side on 29 May 1953, RSS’s correspondent Birat Anupam talked to Khimlal Gautam. Gautam, who has been to the Everest summit twice- first as a part of the first Civil Servant Expedition team of 2011 and second as a leader of Nepal’s Everest measurement surveyor in 2019, was at the Everest Base Camp this year as a liaison officer. He recently returned from Everest Base Camp concluding his duties there. He exclusively talked about Mt. Everest, its glamour,  climbing history, Nepal’s identity associated with it and many more. Excerpts:

I was deployed as liaison officer of the Tourism Department of the Nepal Government. It was very challenging. I reached there at  30 Baisakh  (14th May) and it was rumoured that COVID-19 was rampant at the base camp. It was my duty to convey true information to both climbers and the government authority. We adhered to all WHO-recommended COVID-19 precautions at the base camp. We made it amendatory to wear a mask. Camps were made in distance. We strongly monitored this. Previously, we would wear baff masks. This time, we wore medical masks. The task of the liaison officer is also to record every detail of human casualties at Everest.

Based on the data I got, there were 404 climbers both from Nepal and abroad. Together with climbing supporters, the total tally of permitted climbers stood at 1072. Among them, according to the statistics of the Tourism Department, 350 got successfully at the summit. This year, even in times of pandemic, climbers from 63 nations came to Everest. 68 years ago on 29 May 1953, Tenzing of Nepal and Hillary of New Zealand reached the top. It was not the success achieved over a day. It has a history dating back to 1921. In early 1921, the Royal Geographic Society and British Alpine Club jointly created ‘Mount Everest Committee’ whose first chair was Sir Francis Younghusband. In 1921, a British Army expedition that was named ‘Mount Everest Reconnaissance Expedition’ which had a 5-member expedition was led by Canadian surveyor and climber Oliver Wheeler. They had made their way from Gangtok of Sikkim and Tibet. They had been there to climb and survey Everest. This first expedition also included a Nepalese-origin member named Lalbir Singh Thapa.

Thapa was also a surveyor working at Indian Survey Department. In 1922, another British military expedition led by brigadier Charled G. Bruce attempted Everest. This expedition included great climber like George Mallory. Seven Nepalese Sherpa brothers of Khumbu working in Darjeeling were also a part of this team. They made their push from Tibet via the Rongbuk glacier. In this second attempt, seven Sherpa died in this attempt. This expedition had included a Nepalese Gurkha service member from the 2nd Batallion of 6th Gurkha Rifles, Lans Naik Tejbir Budha. After making a year gap, again in 1924 British ran another expedition in 1924 which resulted in the tragic disappearance of two climbers George Mallory and Andrew Irvine.

Having faced the loss of great climbers, the British paused their expedition for some years. However, in 1931 British knew that a German expedition arrived for Kanchenjunga, the third tallest peak on the planet, expedition. They fear other expedition may climb Everest, as the British would think that Everest is their mountain to scale first. In 1933, the British made another expedition led by a British climber and senior civil servant at British India Hugh Ruttledge from Tibet side.

Again, in 1935, 1936 and 1938 three British expeditions attempted Everest ascent which was led by Eric Shipton, Hugh Ruttledge and Bill Tillman respectively. None of them succeeded. During those times Nepal was under the Rana regime, it was not permitted to climb from the Nepali side. Until Second World War, no attempts to climb Everest were made from the Nepali side. In 1947, there are some instances when some American and European team came to Nepal for reconnaissance observation. Even after the British exit from India in 1947, they didn’t give up their dream to scale Everest for the first time. They attempted in 1951. Nepal’s Tenzing was also part of the expedition as Sherpa Sardar. He also participated in the British Everest expedition of Everest from Tibet in 1935 also. 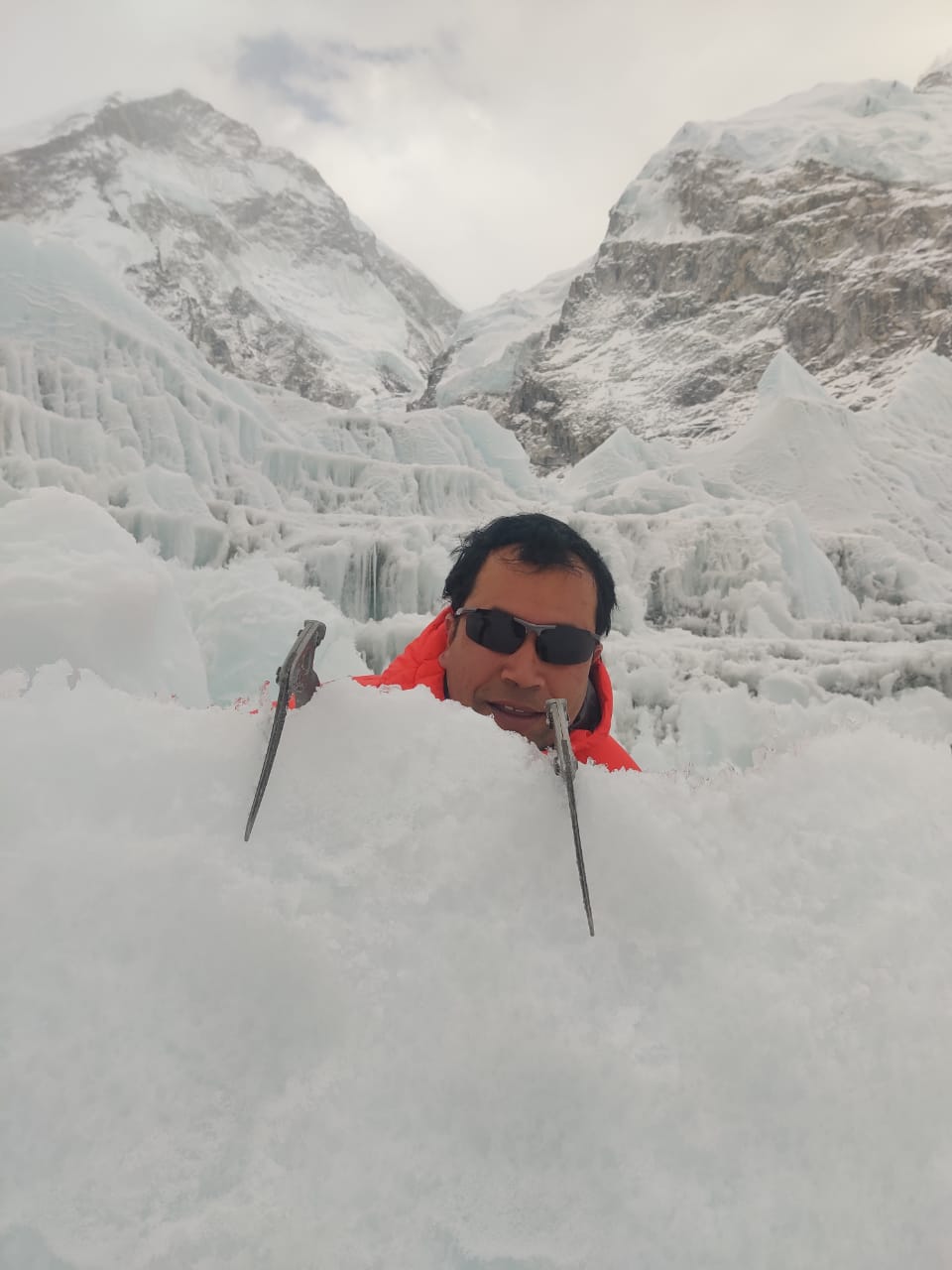 In 1952, even the Swiss expedition included Tenzing who reached up to 8000 meters of South Col. It is said that even a Russian expedition ran from Tibet during the same year. It is said that they had brought a stone statue of Lenin and Stalin and had airlifted from Russia to Lhasa and this 40-member team tried to climb from the northern face, but all of them died during their attempt. Still, it is not verified. In this way, the British expedition finally succeeded to scale the top of the world only on 29 May 1953 which became the biggest headline at that time. Still, the first two climbers were not British. They were Nepal’s Tenzing Norgey Sherpa and New Zealand’s Edmond Hillary. British had a great appetite for Everest which is shown not just by repeated yed failed attempts but also by a poet like Rupert Brooke who is said to have said that it was British to measure, explore and lose lives in the name of Everest. It is said that he has predicted that it would be British to summit first. I cannot say about psychical changes as we cannot say exactly how it was then. Everest is always a magnetic landmark. It is said that the first successful Everest summit was more popular than the moon landing. 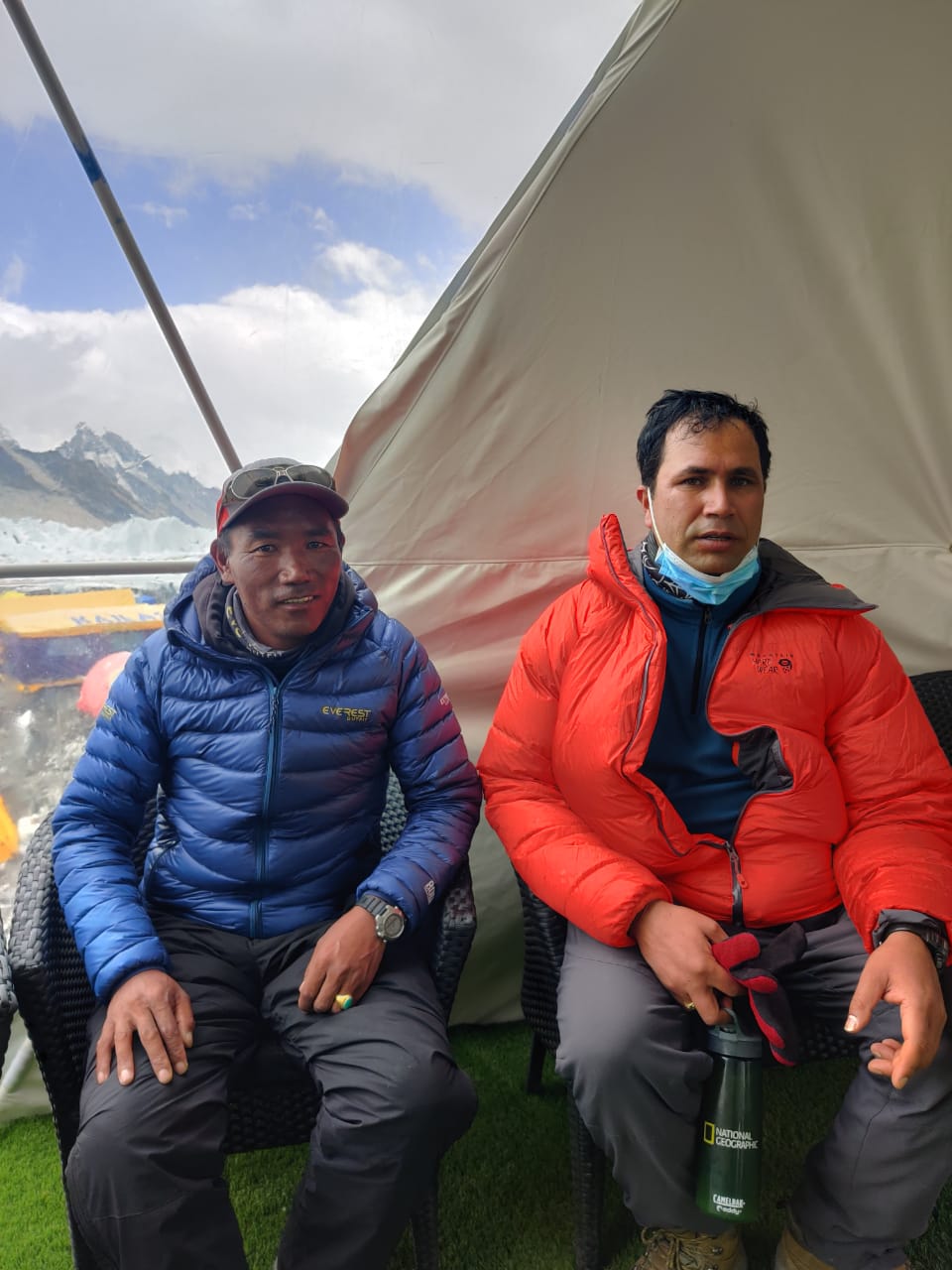 On 8 December 2020, Nepal and China jointly announced the new height of Everest (8848.86 meters) after making their individual measurements. Nepal and China were on the same page on announcing the new Everest height last year. This year, China banned Everest climbing while Nepal allowed it. How?

I think this is more like a diplomatic question that deserves diplomatic answers from the governmental level. As far as I know from news media, China cancelled Everest expeditions to prevent possible transmission of COVID-19 in China from climbers from Nepal. 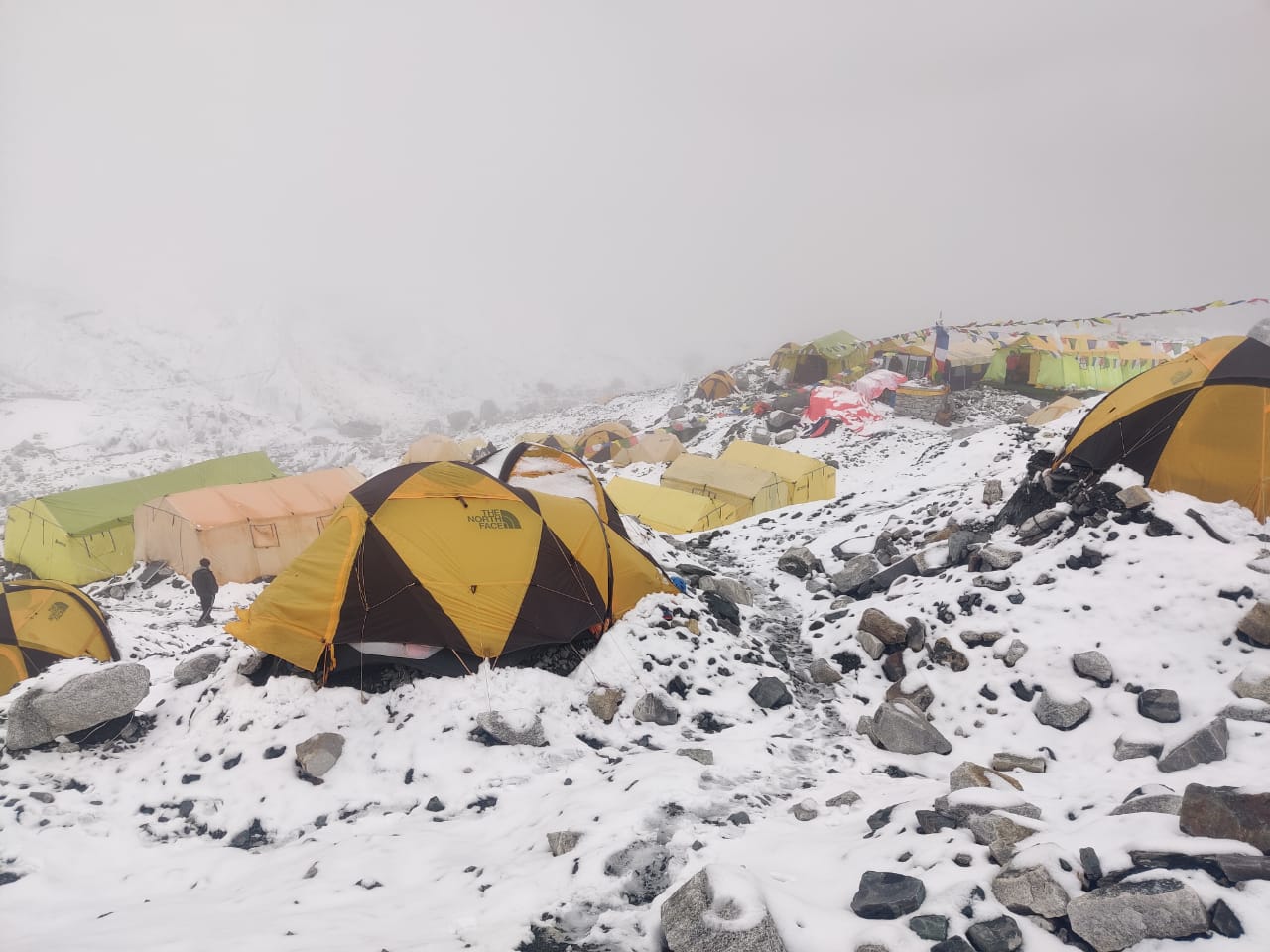 How do you see Everest from your eyes as a climber, surveyor and Nepalese citizen?

I am a surveyor by profession. Incidentally, I came to be a climber. I am not a professional climber. Everest was named itself in the name of the Surveyor-General of British India, George Everest. Interestingly, the first expedition attempt of Everest in 1921 was also led by Canadian surveyor and climber Oliver Wheeler. So, as a surveyor, I have an emotional attachment to Everest. As a global iconic landmark, Everest has its own significance. 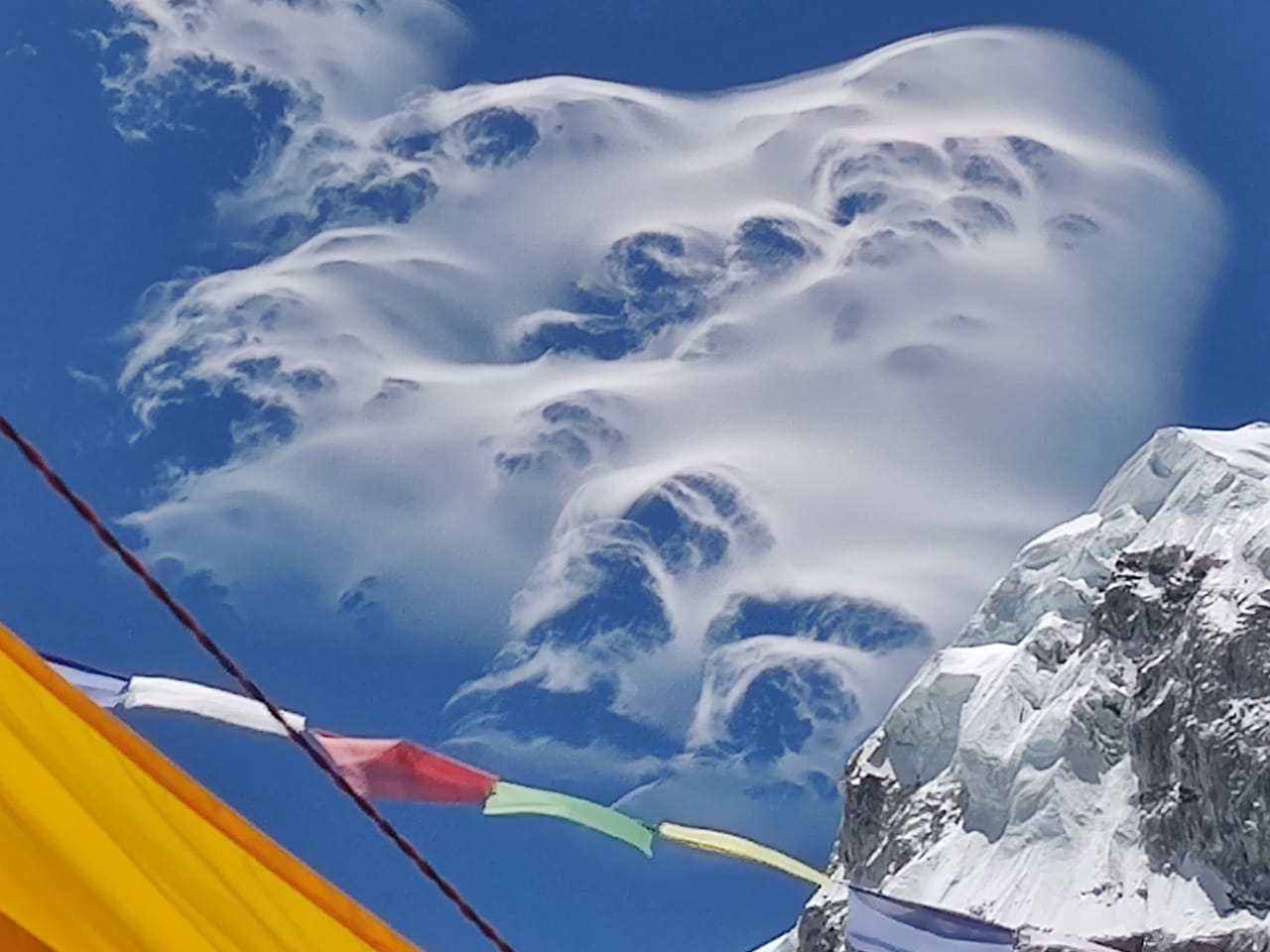 Let us talk about Everest peak. Some say peak wholly belongs to Nepal while some say it is divided half in China and Nepal. As a surveyor to measure Everest peak and as a Nepalese having a deep interest in Everest, how do clarify this? 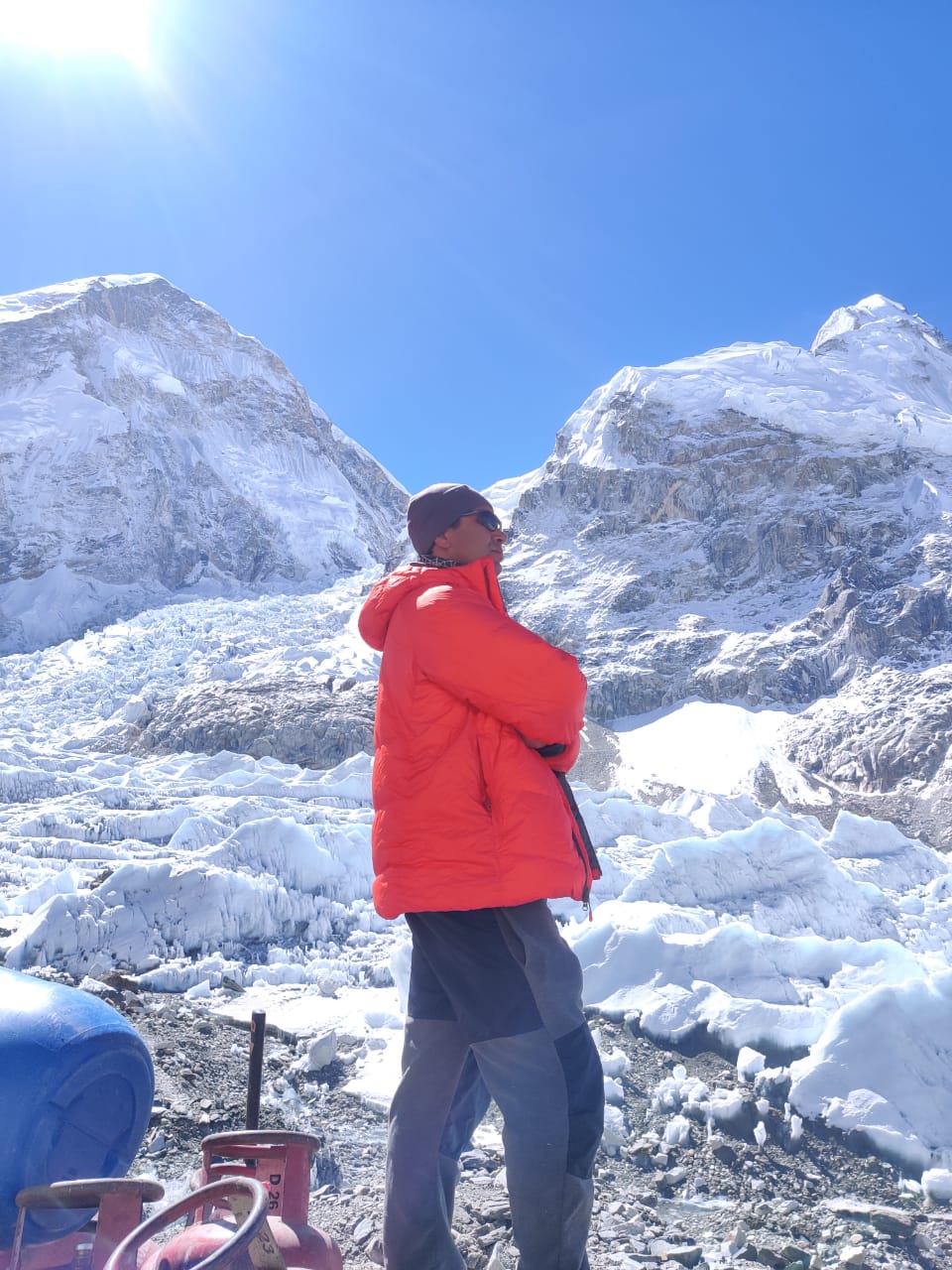 There are talks about your upcoming book about Everest in the book fraternity. What type of book are you bringing in?

I am writing a book. This book talks about three issues. One is about its climbing history. The second is about its measurement history and the third is all about my experience as a two-time Everest-climbing civil servant. Hope the book will come to the market soon. Probably, this is the first book detailing Everest history in the Nepali language. I started working on it as I could not read such a book myself in the Nepali language. Therefore, I am bringing this volume both in Nepali and English languages.

Lastly, anything you want to share about Everest which is not talked about in previous questions?

Everest is itself a synonym of adventure and challenge. Everest is also a symbol of success. If somebody makes tall talks people say, ‘you are talking as if you have climbed Everest’. This gives how Everest is pictured even for general people. In order to protect, preserve and promote Everest, we all have to contribute from our own standpoints.