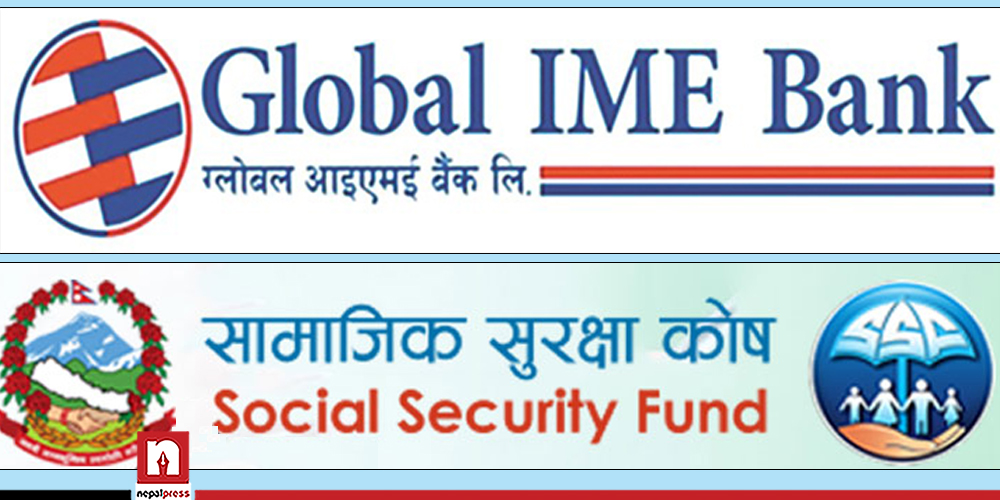 KATHMANDU: The Social Security Fund has also taken action against the bank’s operator’s bank for refusing to join the contribution-based social security scheme. Action has been taken against Global IME Bank by Chandra Dhakal, a member of the board of directors of the fund and senior vice president of the Federation of Nepali Chambers of Commerce and Industry.

After the death of Ananta Kumar Acharya, an employee of Global IME Bank, his family had filed a petition a few days ago claiming a pension amount under the dependent family facility scheme at the rate of 60 percent of his monthly salary of Rs 37,000.

Rohit Regmi, co-spokesperson of the fund, told Nepal Press that it was instructed to provide Rs.15.1 million and 19 thousand and 586 to the concerned party and inform the fund.

According to him, as the date of birth of the deceased’s wife, Bhavana Pathak is 6th August 1996, based on that, based on the average age of 71 years in Nepal, 60 percent of the basic salary of the deceased Acharya should be provided  which is Rs.11.8 million and 65 thousand and 160 in amount.

Similarly, on the basis of the date of birth of the dependent son Shriyans Acharya on 17th June 2018 and the date of birth of the daughter Shriyaasi Acharya on 5th February, 2016, the total educational scholarship to be received by both the children till the age of 21 years is Rs 3.2 million,29 thousand and 426 .A total of Rs. 151,19,586 should be provided to them  including the funeral expenses of Rs. 25,000.

According to Rule 12 of the Contribution Based Social Security Rules, 2075, the employment relationship between the employer and the worker if ended but the worker has not received the required contribution due to non-payment of contribution as per the Act and Rules, there is a provision to give orders.

Regmi also said that if the payment is not made within the stipulated time, the fund will collect it as per Section 56 of the Act and make it available to the concerned party as per Sub-section 2 of Section 17 of the Act. As the deceased has not been listed within the period specified by the fund as per clause (c) of sub-section 1 of section 17 of the act, the fund has directed to provide this amount to the bank within three months as there is a clear legal provision that the employer should bear the amount.