Correspondence with five major countries for vaccine supply, infection rate estimated to decrease in a month 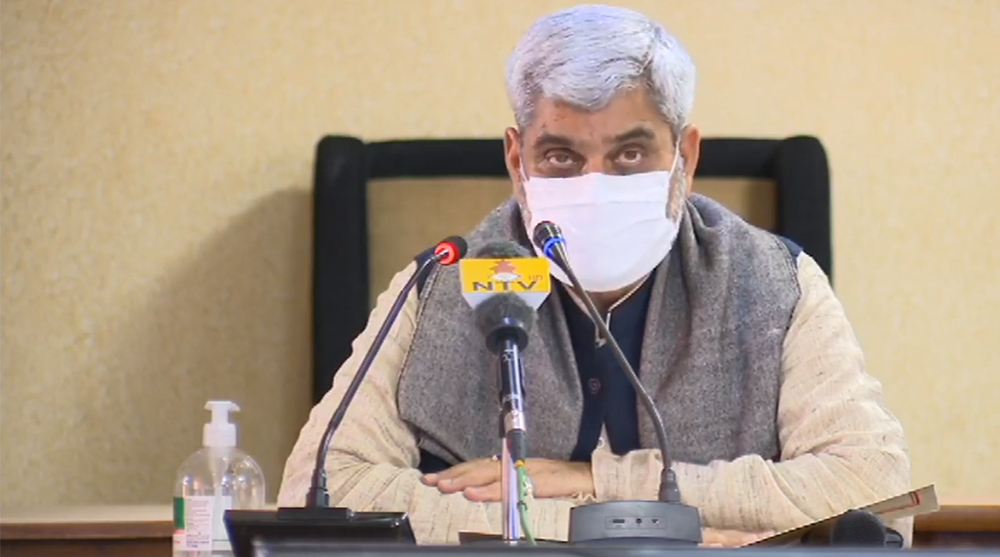 At a virtual press conference organized by the Ministry of Health and Population on Friday, Minister Tripathi said that correspondence had been sent to those countries for the supply of vaccines.

Minister Tripathi said that he had talked to the Norwegian Ambassador on Friday to bring the vaccine in stock in Norway and that Norway had responded positively.

Minister Tripathi informed that health desks for antigen testing and screen testing have been set up at 14 main entry points to Nepal.

Minister Tripathi said that the suggestions given by the experts to declare a health emergency are positive. This year, the President’s Office has brought the Covid-19 Crisis Management Ordinance, which includes provisions ranging from the imposition of a health emergency to the establishment of a unified hospital.

The Kathmandu district administration has already issued an additional order to tighten the prohibitory orders by implementing the provisions mentioned in the ordinance.

Infections may subside after 4 weeks

Stating that the number of active infected has reached 115,000, Minister Tripathi said that the standards of public health should be tightened.

Minister Tripathi said that the government has set aside 157 hospitals for the treatment of COVID-19 and provided free treatment in 45 private hospitals. He also said that Rs 450 million was paid for treatment in the month of Baisakh alone.