Dissolution of House of Representatives by President

Bhim Rawal and Ramesh Lekhak to debate on behalf of coalition 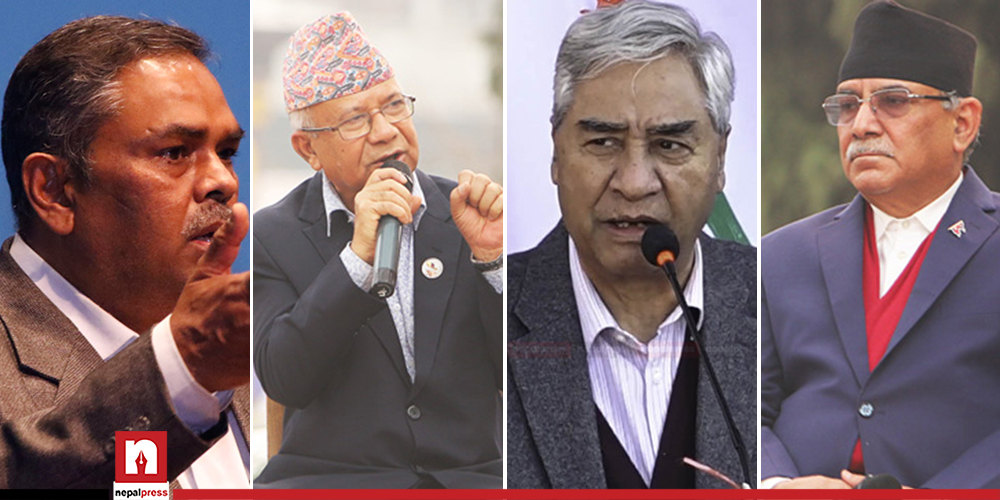 KATHMANDU: Leaders of the opposition alliance are going to the Supreme Court today against Nepali Congress President Sher Bahadur Deuba not being appointed Prime Minister even after submitting the signatures of the majority MPs as per Article 76, Clause 5 of the Constitution.

A writ has been prepared on behalf of the 149 lawmakers who signed to appoint Deuba as the Prime Minister and all of them will physically appear in court. Lawyers including Govinda Bandi and Khamba Khati have prepared the draft of the writ petition.

Opposition lawmakers have been summoned to the Singha Durbar Congress Parliamentary Party office at 11 AM today. Congress MP Prakash Rasaili informed that he would go to the Supreme Court by signing the draft of the writ petition.

This time, UML leader Bhim Rawal and Congress leader Ramesh Lekhak will also argue in the court on behalf of the writ petitioner. A meeting of the opposition coalition on Saturday had decided to hold a legal and political protest against the dissolution of the House of Representatives.