Formation of new government as per Article 76 (5)

Oli and Deuba submit majority claims, President to study basis of both 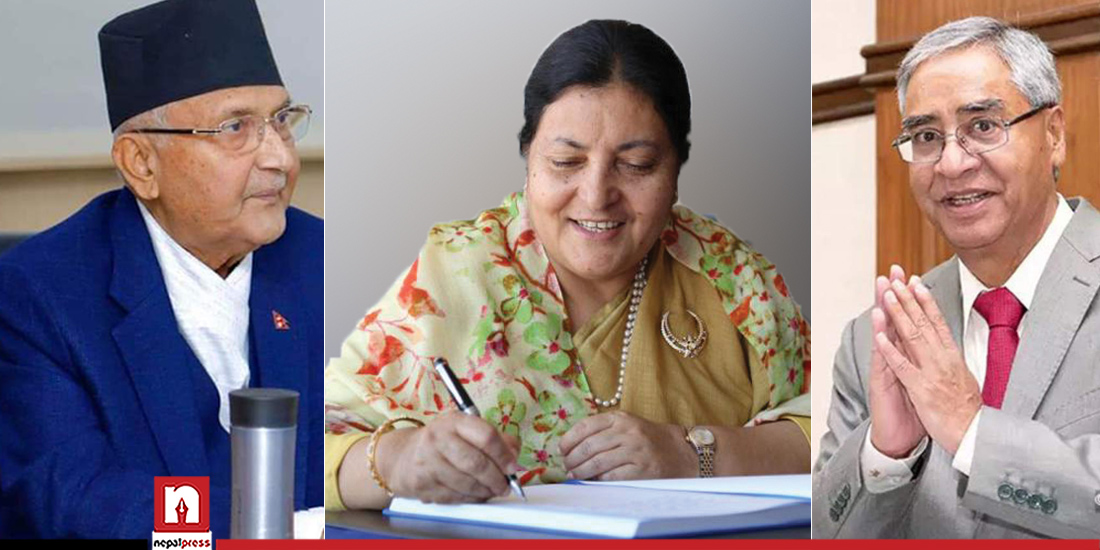 KATHMANDU: CPN-UML Chairperson KP Sharma Oli and Nepali Congress President Sher Bahadur Deuba have demanded the formation of a government as per Article 76, Clause 5 of the Constitution.

Oli and Deuba have claimed that they have their own majority, within the time allowed by the President to submit their claim with a majority of two or more parties in the House of Representatives.

Oli has claimed the support of 153 lawmakers from the CPN-UML and the PSP. PSP Chairman Mahanta Thakur and parliamentary party leader Rajendra Mahato have given him a written letter of support from the party.