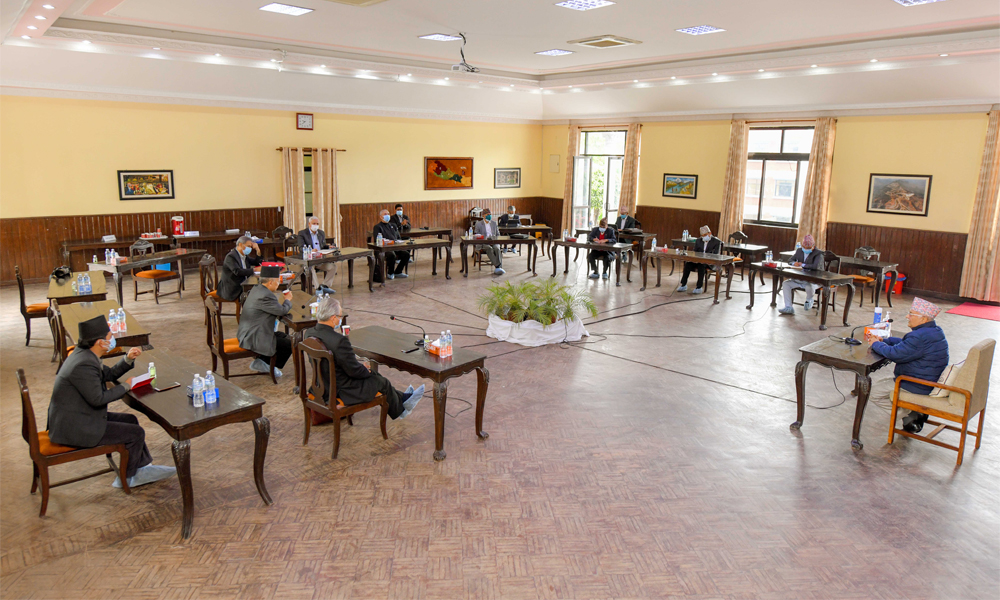 KATHMANDU: CPN-UML Standing Committee meeting is scheduled to be held this afternoon. After a discussion with Chairman and Prime Minister KP Sharma Oli, General Secretary Ishwor Pokharel called a meeting at 2 PM.

A team formed to hold discussions with Madhav Nepal’s side will report at the meeting to be held at the Prime Minister’s residence in Baluwatar.

Nothing has been said about other agendas of the meeting.