Parliament Session to be held on May 23, new government formation process under Article 76 (5) 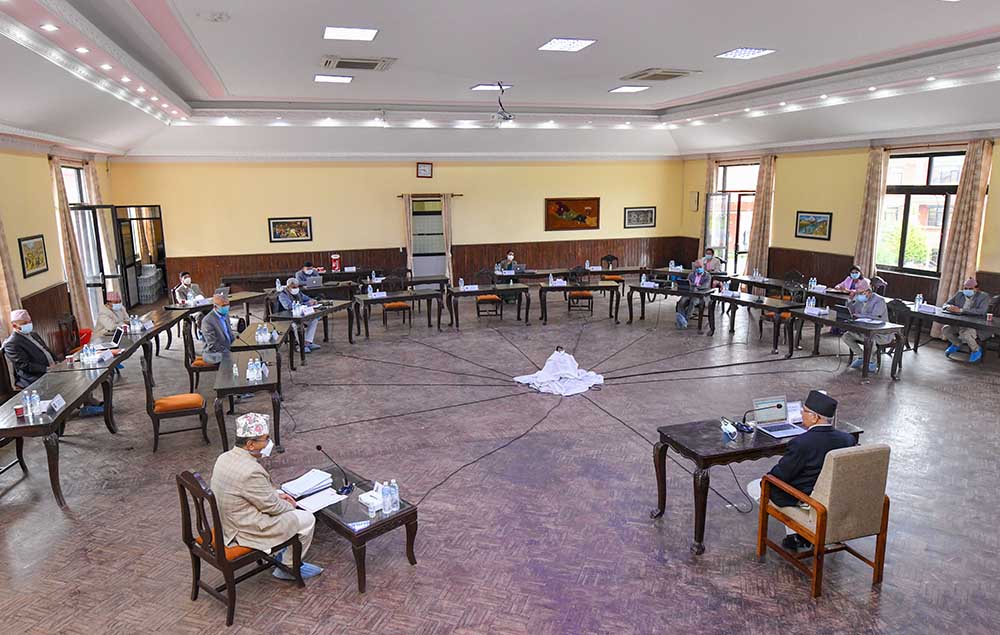 KATHMANDU: Prime Minister KP Sharma Oli is going to pave the way for the formation of a government as per Article 76, Clause 5 of the Constitution without going into the process of taking a vote of confidence within 30 days.

The cabinet meeting held today has also decided to convene the session of the parliament on 23rd May. It has been decided to make a recommendation to President Bidhya Devi Bhandari for this.

According to Article 76, Clause 3 of the Constitution, Oli, who became the Prime Minister as the leader of a major party, must get a vote of confidence from the House of Representatives within a month as per Clause 4. If the vote of confidence is not obtained, the process of Article 5 begins.

Spokesperson of the Government, Minister for Communications and Information Technology, Parbat Gurung, said that they have tried to pave the way for the government to form a government in accordance with Article 73, Clause 3 of the Constitution.

Gurung told the Nepal Press that since there is no basis to get a vote of confidence from the current structure of the parliament, discussions are in place urging the President to pave the constitutional way for the formation of the government as per Article 5 of Article 76.

Now, in the process as per Article 5, there is a provision for the President to appoint such a Member of Parliament as the Prime Minister on the basis of the support of the majority of the members. However, if the basis is not presented, the House of Representatives will be dissolved automatically and elections will be declared under the leadership of KP Oli.