Natural disaster amid the pandemic

86 big and small earthquakes felt within 24 hours in Lamjung 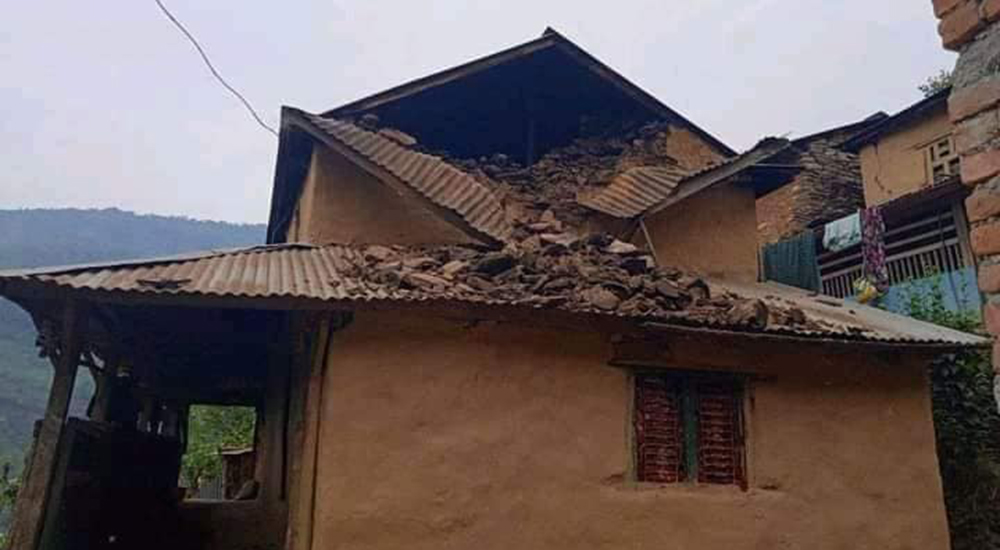 LAMJUNG: There have been 86 small and large earthquakes in 24 hours in Lamjung, amidst the pandemic and prohibitory orders.

A magnitude 5.8 earthquake struck at 5:42 am on Wednesday with the epicenter at Bhulbhule in Marsyangdi village of the district.

According to the National Earthquake Measurement and Research Center, there have been six earthquakes and aftershocks of magnitude above 4 and 82 of magnitude below 4.

Some locals slept outside the house all night while others were restless and could not sleep. Locals say that have been even more problems arising as it was raining at night. Fear of the locals is not limited to this, as the government has issued a prohibitory order as the risk of COVID infection is high. Due to the risk of infection, prohibitions are not to go out of the house and not to form crowds anywhere.

Meanwhile, when the quake hit, residents of the district were forced to live in crowds outside their homes. According to Sirjana Shrestha of Besishahar Municipality-8, those who have not been tested for COVID infection are at high risk of contracting the virus. She said, “Even during such a risk, when the quake hit, I went out and stayed in the same place as the other locals and spent the night inside the house after the quake subsided.” Six people were injured and 200 houses were damaged in the district. The locals are afraid that the repeated earthquakes will cause damage to houses and human lives.

The Center has been unable to predict whether the aftershocks will stop or continue to shake the region. Chief District Officer Hom Prasad Luintel said that everyone should be safe, alert, and vigilant. He urged all to unite in this hour of calamity.