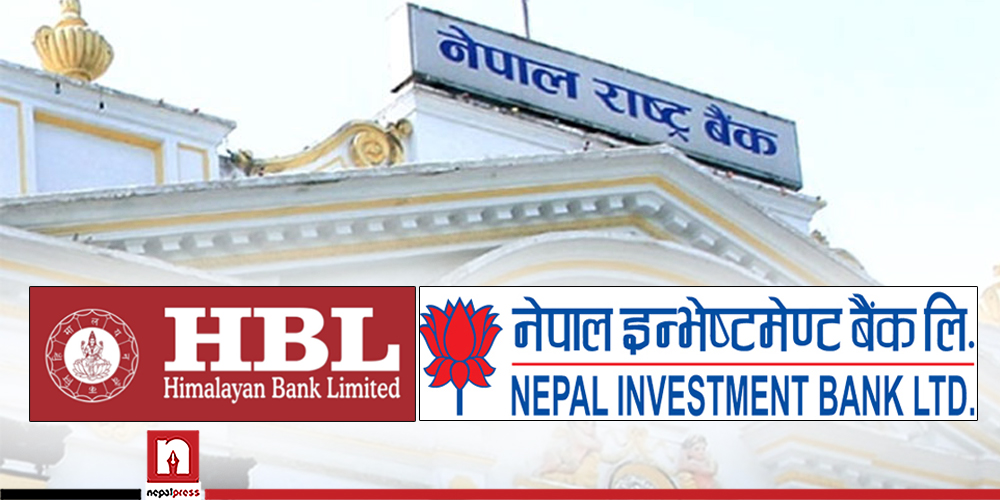 KATHMANDU: The merger between Himalayan Bank and Nepal Investment Bank has revived Nepal’s banking sector. Under the withered policy of Nepal Rastra Bank, this ‘Big Merger’ of the two banks has increased the pressure on other banks. Earlier, Janata Bank and Global IME Bank had merged under the NRB’s Big Merger Policy.

With the second big merger, both competition and pressure in the banking market has increased. Pressure is mounting on Global IME, NIC Asia, Nabil Bank, Prabhu Bank and others to increase the bank’s capacity through mergers or acquisitions. On the other hand, weak performing banks like Century, Civil and NCC are also being forced to merge.

Banks with foreign investment like Standard Chartered Bank, Nepal SBI Bank, Nepal Bangladesh Bank, Everest Bank and government-owned Nepal Bank Limited, Rastriya Banijya Bank and Agricultural Development Bank are also feeling the pressure. It is not that government banks are not discussing ‘big mergers’ within themselves. If this becomes a reality, it is likely that government-owned banks will become number one.

On the one hand, banks have felt pressure in the market and on the other hand, criticisms of the Big Merger still remain. In particular, the role of Himalayan Bank CEO Ashok Shamsher Rana has been criticized.

After the merger of Himalayan and Nepal Investment Bank, the Joint Merger Committee has been given the responsibility to determine the ratio of shares to be received by the investors of the bank, swap ratio, human resource management, higher management, systemic integration, saver account management, integration between subsidiaries. After the merger, the bank’s paid-up capital will reach Rs 26.94 billion.

Global IME Bank, which is in second place, has a paid-up capital of Rs 21.63 billion. Similarly, the third-ranked Agriculture Development Bank has Rs 16.42 billion. Foreign Bank Standard Chartered is at the bottom in terms of capital. This situation is similar to other foreign-invested banks.

Merger is a suitable strategy to increase banking capacity. Nepal’s Gross Domestic Product is around 4 trillion rupees and the target is to increase it to 10 trillion rupees. Similarly, the size of the capital market has reached around Rs 3.7 trillion. The hard work and sweat of 30 million people worth Rs. 4.4 trillion is running in the arteries of Nepal’s banking channel. Out of these deposits, Nepalese industrialists have ‘enjoyed’ profits by investing 4 trillion 62 billion in their business. Banks in Nepal have been earning around Rs 300 billion annually from these deposits.

At present, banks are unable to spend on prioritization, system improvement and quality. Banks and financial institutions are in a dilemma as to whether to expand banking access, expand branches or increase access to digital banking. Banks have not been able to invest in making digital payment systems secure, reliable and trustworthy.

Due to the inability to make the banking information system sophisticated and secure, cyber attacks have been taking place in Nepal’s banks from time to time. Banks in Nepal have not been able to reduce the cost of the digital banking system and have not been able to extend financial security programs to rural areas.

Financial analyst Anil Raj Bhattarai argues that a merger between big banks is needed to build a world-class competitive bank by reducing managerial and operating costs. “The second Big Merger is a good milestone for us to make banks and financial institutions strong and capable. The so-called small banks in India are bigger than the big banks in Nepal. So I say big banks with a capital of USD 5 Billion should be built,” he said. He claims that Nepal’s economy would be better off if there were 11 commercial banks with large capital.

NRB Spokesperson Dev Kumar Dhakal says that COVID is the first priority over mergers for the time being. “The decision to merge Himalayan and Investment Bank is a wise one. Nepal Rastra Bank has been encouraging banks and financial institutions to merge through monetary policy. But at the moment, COVID is our priority over the merger,” said Dhakal.

Bhuwan Dahal, President of the Nepal Bankers’ Association, an umbrella organization of commercial banks in Nepal, said the second Big Merger was important for the banking sector and that it should not be rushed as they have to merge to generate synergy.

Chairman of NMB Bank Pawan Golyan says that it has been easy for Himalayan and Nepal Investment Bank to merge due to family ties. “Due to the existence of family ties between the two banks, the merger has been convenient. Other banks may not have it as easy,” he said. “As the profits of Nepal’s banks are declining, there is no option than to merge, but this should be made voluntary.”

He says merger is not an easy subject. He argues that there should be no pressure for mergers as the two systems of the bank, human resources, higher management and institutional culture, need to be integrated.

The then Governor Dr. Yubaraj Khatiwada had put forward the merger policy. After the successful merger of Class B Prabhu Bank and Class A KIST Bank, the merger policy had an impact on the banking sector.

Chairman of Agricultural Development Bank and Former Executive Director of Nepal Rastra Bank Laxmi Prapanna Niraula says that discounts and concessions should be given only if the merger of commercial banks is done through the monetary policy. “If there is to be a merger between the big banks, the facility should be provided only when the commercial bank merges with the commercial bank. Such facilities should not be provided in case of merger with development banks or other finance companies. NRB should make policy reforms as distortions of allowing the issuance of right shares during the capital increase may happen again if random mergers are allowed,” he said.

The monetary policy of the current fiscal year has provided special facilities to the banks and financial institutions that want to merge. There are special incentives such as 0.5% discount on mandatory cash ratio and 1% discount on statutory liquidity ratio, increase in institutional term deposit collection limit given by Nepal Rastra Bank by 10% and increase in deposit collection by 5% per institution as specified by Nepal Rastra Bank.

Commercial banks are merging with development banks and finance companies to take advantage of the monetary policy.

Policy reform seems to be the appropriate method not just to get discounts from NRB but also to encourage mergers for institutional capacity building and banking sector reform.