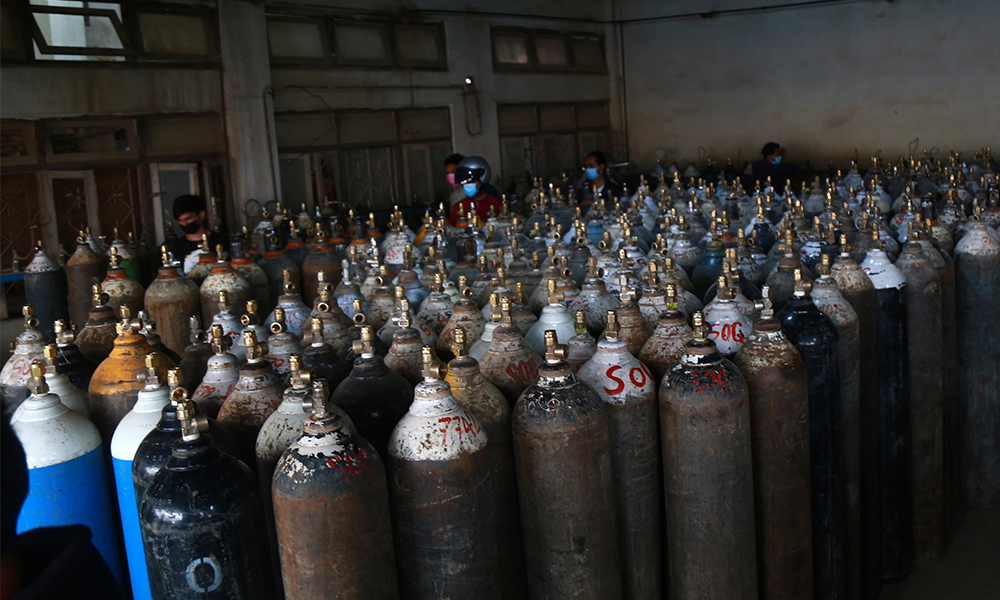 KATHMANDU: 18,000 units of oxygen cylinders given to Nepal by China have reached Tatopani. According to the government, a Chinese vehicle carrying oxygen cylinders has arrived at the border crossing towards Tibet.

Deputy Prime Minister Ishwor Pokharel, who is also the Coordinator of CCMC, said that both air and land routes have been used to prevent a shortage of oxygen cylinders. According to Ganesh Pandey, Press Advisor to the Deputy Prime Minister, the 18,000 cylinders will be brought to Kathmandu after processing is complete.

According to the customs office, the oxygen cylinders will be sent to Kathmandu after being handed over to Nepal by the Chinese side. It will be handed over to the Ministry of Health after a general handover program.