Wear a Mask or Go to Jail: One hundred year-old American Slogan 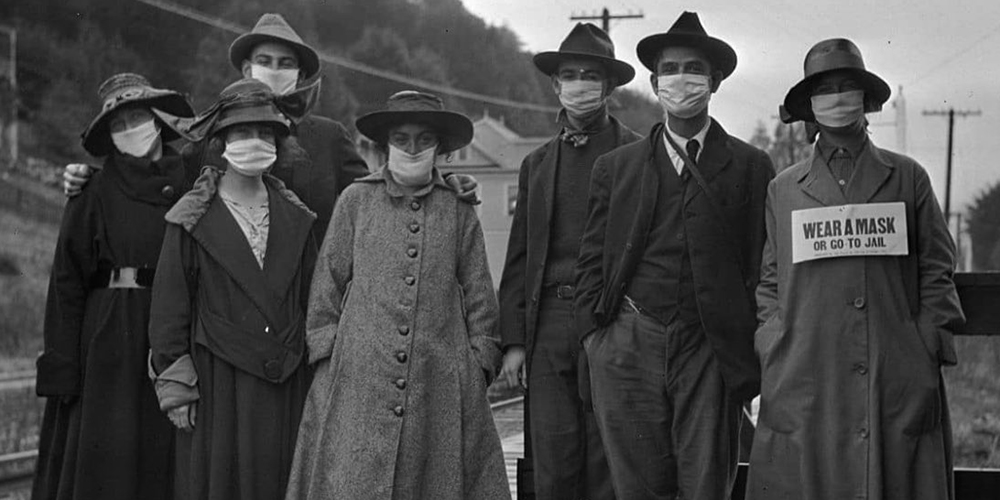 KATHMANDU: With the advent of COVID-19 worldwide, the use of masks has become widespread. Wearing masks had been a common practice in Asian countries including China, Japan, South Korea, and Singapore. Americans and Europeans, on the other hand, do not like to wear masks. Anti-mask demonstrations have taken place in many cities of the regions.

From US President Trump to Brazilian President J. Bolsonaro, there have been publicly provocative statements saying that the use of masks is useless. However, in the last week of his term, Trump wore a mask. Bolsonaro is also now appearing in public wearing a mask.

There is an argument in the United States that Asia is still the leader in the use of masks. Last year, even some health experts argued that wearing a mask will not stop the spread of the coronavirus. There were similar reports in the western media. News of racist violence among masked Asian Americans became widespread.

Then came news with information defying the above belief. As CNN wrote on 23rd April 2020, “Asia may have been right about coronavirus and face masks, and the rest of the world is coming around.”

That CNN headline made the Asian habit of wearing masks in public more credible and widespread. The use of masks is now commonplace, from the United States to South America.

The United States also started using masks, which was a habit associated with Asians and Asian dailies. This happened post-1918, after a global outbreak of the Spanish flu.

Hundred-year-old American slogan: ‘Wear a Mask or Go to Jail’

One hundred years ago, in 1918 and 1919, influenza spread worldwide. Many call it the Spanish flu. According to History.com, the disease killed 50 million people worldwide and 675,000 in the United States alone.

The United States had been largely vigilant to prevent the flu. Public gatherings were banned, gloves were used, and spitting in public was prohibited. The mandatory rule of wearing a mask came about at that time.

According to History.com, most obeyed the rules issued by the government but there were some rebels who did not follow the health standards. As mentioned in The New York Times, some people wore masks with holes to make it convenient for smoking. Many even organized anti-mask rallies. 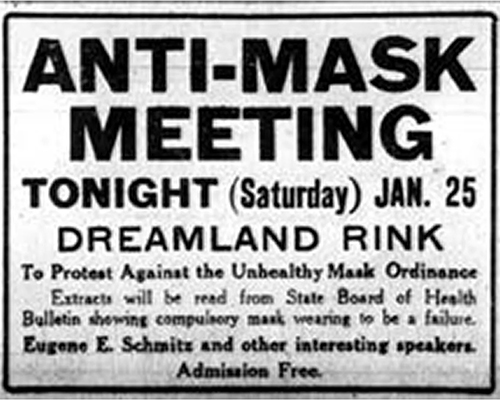 The New York Times reports that on 4th March 1918, 100 American soldiers in Fort Riley, Kansas, contracted the flu. At the time, the mask was called muzzle, germ shield, and dirt-trap. In order to inspire people to wear masks, various passengers used to travel with slogans themselves, a picture of which, published by The New York Times, has now gone viral on Nepali social media. One of seven masked train passengers has a poster on his chest, with the writing –  ‘Wear a Mask or Go to Jail’.

Christine Hauser, a journalist with The New York Times, mentioned in a long feature article in August 2020 that those who did not wear masks were fined 5 to 10 dollars and sentenced to up to 10 days in prison. According to her, on 9th November 1918, the most – 1,000 people were brought to court for not wearing masks. The then-judge Matthew Brady fined them 5 dollars and sentenced them to 8 to 10 hours in prison while those unable to pay the 5 dollars were sentenced to 48 hours, according to the then-San Francisco Chronicle.