Impacts of COVID-19 on children 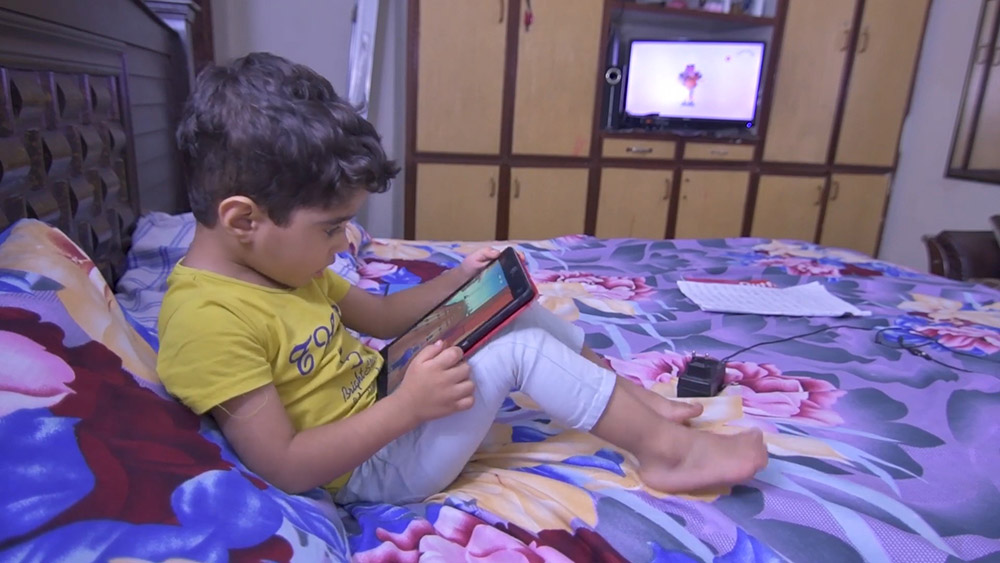 KATHMANDU: A few days ago, a parent came to Kanti Children’s Hospital worried about her son. His issue was – the body gets fatigued due to excessive use of mobile phones. He is always scared and anxious while at home. After consulting a psychologist, it was found that he was constantly worried that something would happen to his father, mother and brother. Due to this, he had been showing such tendencies.

Another 8-year-old boy was brought to the hospital after he began throwing things, randomly lighting fire and disobeying his parents. It had only been a few days since this kind of behavior started.

According to Ram Pukar Shah, Psychiatrist at Kanti Children’s Hospital, many cases of children suffering from psychological problems due to panic at home during the lockdown have come to the fore.

“One of the children had been unable to walk for some time due to fear. This is called a degenerative disorder. When there is a lot of stress, it can transmit to the body. Some parts of the body may be unable to move. But physically, there were no other issues. The report for other tests was normal,” he said.

The reason behind this is the psychological effect of COVID-19. The child became nervous and anxious after hearing that he would die if he went out of the house. According to Shah, there were some cases where difficulties were reported in some children even in swallowing their food.

“The way children express fear is different; this fear is expressed through the body,” Shah says.

Psychologist Karuna Kunwar has also been faced with a lot of similar cases lately. “One parent asked their child why he was using his mobile phone so much, and received a rude reply,” she said. “The parent then slapped their child, but they hit the child’s eye by mistake and caused an injury. Parents call anxiously with many such issues,” says Kunwar.

The COVID-19 second wave, with its new variant, has had a drastic effect on children. There are countless examples of children who have begun having mental problems during the lockdown.

According to Dr. Shah, Kanti Children’s Hospital also receives cases of underdevelopment in children under the age of three. According to him, there are problems such as lack of muscle development (which makes it difficult to walk and take hold of things), not speaking when being spoken to, not developing speech, and not understanding emotions. Children have not developed as much as they should, says Dr. Shah.

Children of front-liners at risk

According to a study conducted in Italy, 30% of children are at high risk of post-traumatic disorder. This risk is more pronounced in children of health front-liners. Similar problems have been seen in Nepal, especially among the children of frontline workers working in the medical field.

Distance between children and their parents is increasing as many front-liners do not go home during the pandemic. Even if they go home, they are not able to go close to their children because they have to live in isolation. Psychologist Kunwar says, “A doctor friend was telling me – I don’t want children to come near me when I’m sitting in isolation at home, but they don’t listen to me. They are becoming more irritated and aggressive by the day.”

“There are situations where parents cannot even talk to their children well and have to stay away. Because of this, children are becoming very distant,” she added.

Psychologist Shah recounts the same experience, “If a parent has to go to work, the children scream and cry, and call ten to fifteen times when the parents are away. Parents cannot go to work then. Most of these cases are recounted by parents working in the medical field.”

In some cases, both parents have to go to work and are unable to spend time with their children. As a result, there is a decrease in the childrens’ development of speech, social development, and increased emotional problems, Shah explains.

Child Psychologist Meenakshi Dahal says that through conversations with parents and children, it was found that this has a more negative impact on sensitive children. According to Dahal, children become scared and intimidated easily. This has had a further negative impact on children who were directly affected by the previous lockdown. “Children have started believing that things will never change and they also become extremely scared.”

She had heard a conversation with a parent. The parent was reminding the child, “Don’t be discouraged. After a month, everything will be fine,” to which the frustrated answer was, “Something similar will come up again.”

However, Dahal feels that it is not the same with all children. “How deeply impacted they are, what is their ability to cope with such times, how young people and parents take it, how we talk about all this is just as important,” she says.

Why does this happen?

According to psychologists, the atmosphere of fear created by COVID has caused these issues. The news includes those of people passing away, lack of oxygen, and lots of other information. Because of this, children do not even know the correct information. Then, they think of the situation as frightening and helpless.

According to Dr. Shah, children in the age group of 5 to 10 years know a lot of information about the coronavirus. “They listen when parents talk, but they do not understand. Thus, their mindset regarding coronavirus is full of fear. They express their fear differently, rather than talking about it. Thus, there are symptoms such as stomach ache and headache,” says Sah, “But in the case of adolescents, there is also understanding of the information. They also know what is happening. However, due to excessive worrying and increase in internet addiction, we are also seeing a lot of issues like loss of attention, irritability, anger, etc. in them.”

Problems are arising as they are not able to meet their friends due to the closure of the school, Dr. Dahal explains. “Uncertainty regarding exams and the reopening of their schools have fostered a negative mindset,” she said.

Parents need to be aware

Communication with children is essential

Psychologist Kunwar has the same opinion. According to her, parents should spend time with their children. “Talk to them, play games with them. If there is a yard, go there and talk to them in a participatory way, involve them in household and creative work. This can be incorporated into learning,” she suggests.

Dr. Shah says that parents should help with children’s curiosities. “You have to be able to talk openly with the kids about COVID-19. Don’t lie. Keep the children busy by teaching them responsibilities. We have to teach them small but useful life skills,” he suggests.

According to Dr. Dahal, children are so addicted to the internet that they even go to inappropriate sites, and some are even involved in abuse.

“Parents need to monitor what their children are watching on the internet, how they are socializing, what social networks they are using. Social media should be restricted for children of certain age groups,” says Dahal.