Parliament votes against Oli in a motion of confidence

President begins process of new government formation, PM candidature to be submitted until May 13

KATHMANDU: President Bidhya Devi Bhandari has issued a notice to the member who can get a majority in support of two or more parties represented in the House of Representatives as per Article 76, Clause 2 of the Constitution to submit his candidature for the post of Prime Minister by 9 PM on 13th May.

Two or more parties representing in the House of Representatives have to submit a letter to the President with the consent of the majority of the parliamentarians and submit a claim to form a new government. The Nepali Congress has decided to form a government under its own leadership.

The Upendra Yadav faction of the CPN-Maoist Center and the People’s Socialist Party (Nepal) have agreed to form a government led by Nepali Congress President Sher Bahadur Deuba.

There are 61 Congress MPs, 48 ​​Maoist MPs and 32 PSP MPs in the House of Representatives. Only 16 PSP MPs are in the Yadav-led faction. To claim to form a government under his leadership, Deuba has to get the support of the entire PSP.

There is 1 MP from NCP, 1 from RPP and 1 from Rastriya Janamorcha in the parliament. Even if all of them support him, Deuba will have to garner the support of at least 24 out of 32 MPs. Within the party, groups including Chairman Mahantha Thakur and senior leader Rajendra Mahato are unlikely to participate in the new government formation process at the current status quo. 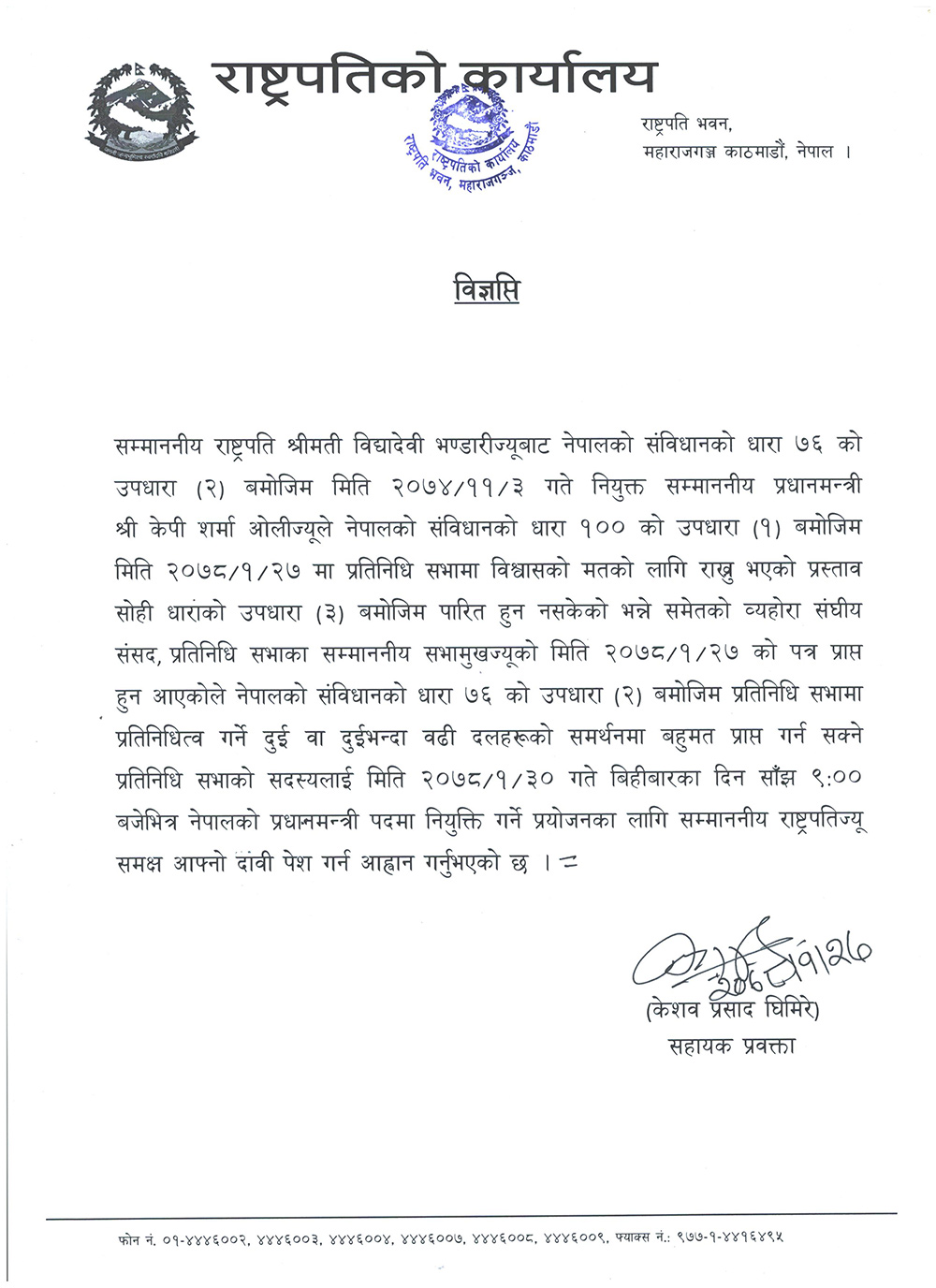 Deuba will have to wait for the resignation of Madhav Nepal’s party MPs within the CPN-UML to get a majority in the parliament without the full support of the PSP. If two or more parties do not submit their demands with a majority within the time limit given by the President, the path to form a government will be open as per Article 76 (3) of the Constitution. There is a provision in the article that the leader of the largest party in the parliament can be appointed Prime Minister by the President.