Health Ministry unaware of oxygen demand and production in the country 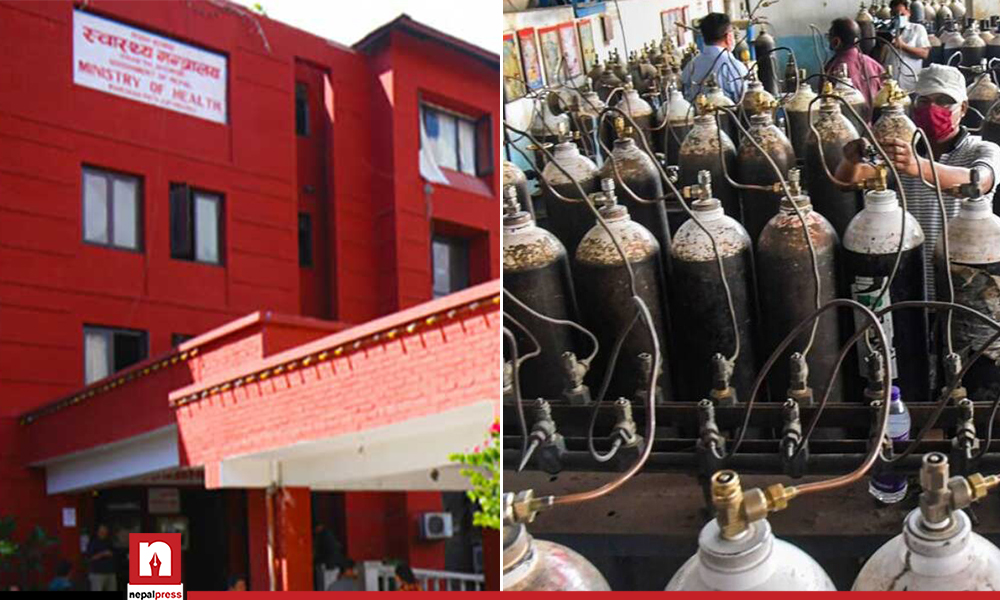 KATHMANDU: As the COVID infection with the new variant intensifies, so does the consumption of oxygen. Six hospitals in Kathmandu have issued a statement saying that more patients could not be treated due to lack of oxygen.

The Ministry of Health is unaware of the current demand for oxygen and the quantity of oxygen gas produced in Nepal. Ministry spokesperson Dr Jageshwar Gautam said, “We inform COVID Crisis Management Centre about the number of COVID infected patients. We don’t know about the quantity of production and need for oxygen”

CCMC secretary Khagraj Baral also said that he did not know how much oxygen was produced and needed in Nepal. “We don’t know, The Ministry of Industry might have information  about this.”

Urmila KC, the Joint Spokesperson of the Ministry of Industry, said that details of the oxygen industry have been sought from the Department of Industry.

According to the Department of Industry, there are 22 oxygen industries operating in Nepal. After the shortage of oxygen in the hospital, 22 different hospitals have started oxygen plants.

Gaurav Sharda, president of the Nepal Oxygen Producers Association, said that he was not aware of the current oxygen production in Nepal. “Due to the lack of oxygen cylinders, the industry has not been able to produce enough oxygen to fill the capacity,” Sharda explained’ If the former oxygen industry had oxygen cylinders, it could have filled an additional 1,000 new cylinders daily. However, due to the shortage of cylinders in Nepal, it has not been possible to use the product. We are preparing to submit the data on oxygen produced in Nepal to the government.

Sharda said, “Only by looking at the number of patients, it can be said whether the oxygen gas produced in Nepal will reach or not.’ The number of COVID infections has been high recently. If there was an oxygen filling cylinder, the produced oxygen could be used. There is a shortage of cylinders now. Before the advent of the coronavirus infection, there was little production and consumption of oxygen in Nepal. The oxygen produced in Nepal was also used sparingly by some industries including hospitals, crushers and hydropower. After the second wave of COVID, there is a shortage of cylinders in Nepal. ‘

At the request of the government, industries including hydropower and crusher have started supplying the oxygen cylinders they are using.

Oxygen-using industries, including the Federation of Nepalese Crushers and Mining Industries and the Independent Power Producers’ Association Nepal (IPPAN), have appealed for the supply of oxygen cylinders to the Government of Nepal through the local government.