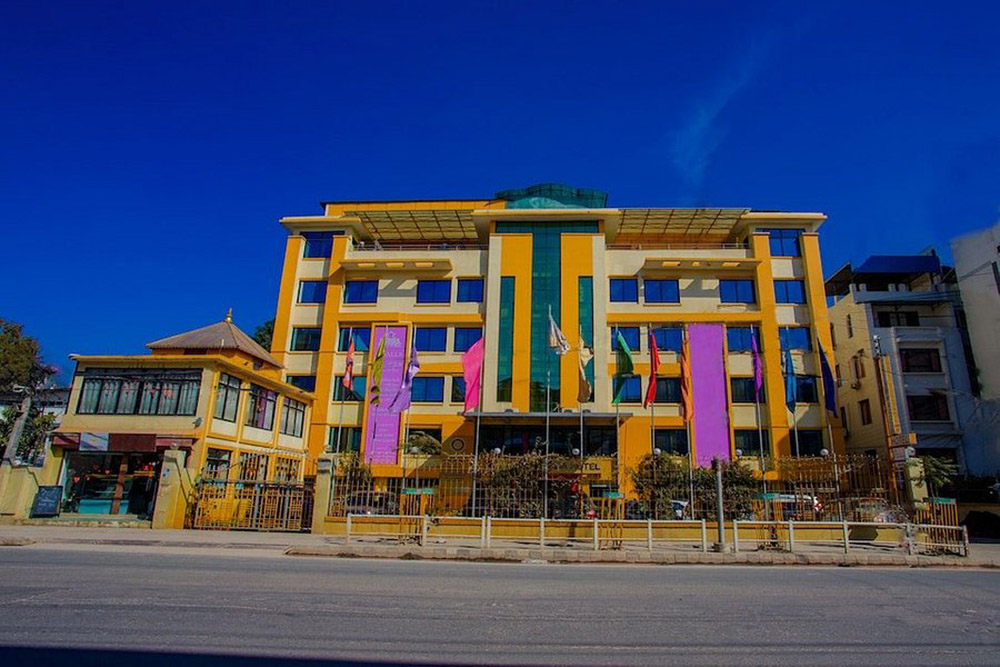 KATHMANDU: The Yellow Pagoda, which has been holding COVID-infected by isolating them at the hotel, has said it will no longer be keeping COVID patients. According to Hotel Manager Kripesh Maharjan, the isolation is being removed from the hotel due to the non-implementation of basic health standards.

The hotel, along with a medical team, had made itself an isolation center some time ago. However, the hotel has now closed its isolation, citing that COVID positive patients may need oxygen immediately. According to Maharjan, there were currently 19 people in isolation in the Yellow Pagoda. 7 of them have been sent to different hospitals. Preparations are underway to send the rest to the hospital.

The hotel has complained that the government has not provided any assistance despite them managing the infected. The hotel was charging Rs 7,000 with food in a single-bedroom and Rs 5,000 daily for a double-bedroom.

“Our charges for those living in isolation are very low. The medical team is on standby along with food. However, it is not possible for the hotel alone to do everything,” said Maharjan.

He informed that even though patients will not be held in isolation at the hotel, the quarantine center will be kept as it is. Last year, doctors and nurses of Bir Hospital and Trauma Center were kept under quarantine for four months at a minimum fee.

The Timber House Hotel in Thamel, which received official recognition for isolation from the Ministry of Health some time ago, has indicated that it will withdraw from holding people in isolation. A manager has informed that he was considering removing the isolation due to the inconvenience of the current situation.

Hotel Crown Imperial at Ravibhawan also acted as an isolation center during the first wave. However, Neha Bhagat, a front desk employee of the hotel, said that the isolation center was removed during the second wave, as room occupancy did not meet their expectations.

Some hotels are still keeping quarantines intact. Kathmandu-based Himalayan Suite Hotel is still holding Indian nationals in quarantine. There are currently 35 Indians there. According to the hotel, many Indian nationals had come to the hotel from India to go to Saudi Arabia before the prohibitory orders were imposed in Nepal. However, some of them have gone to other countries and some of them are staying in the hotel as their flight to Arabia has been canceled.

Some customers are also staying in quarantine at Thamel hotels. Shangri-La has also kept the quarantine intact.