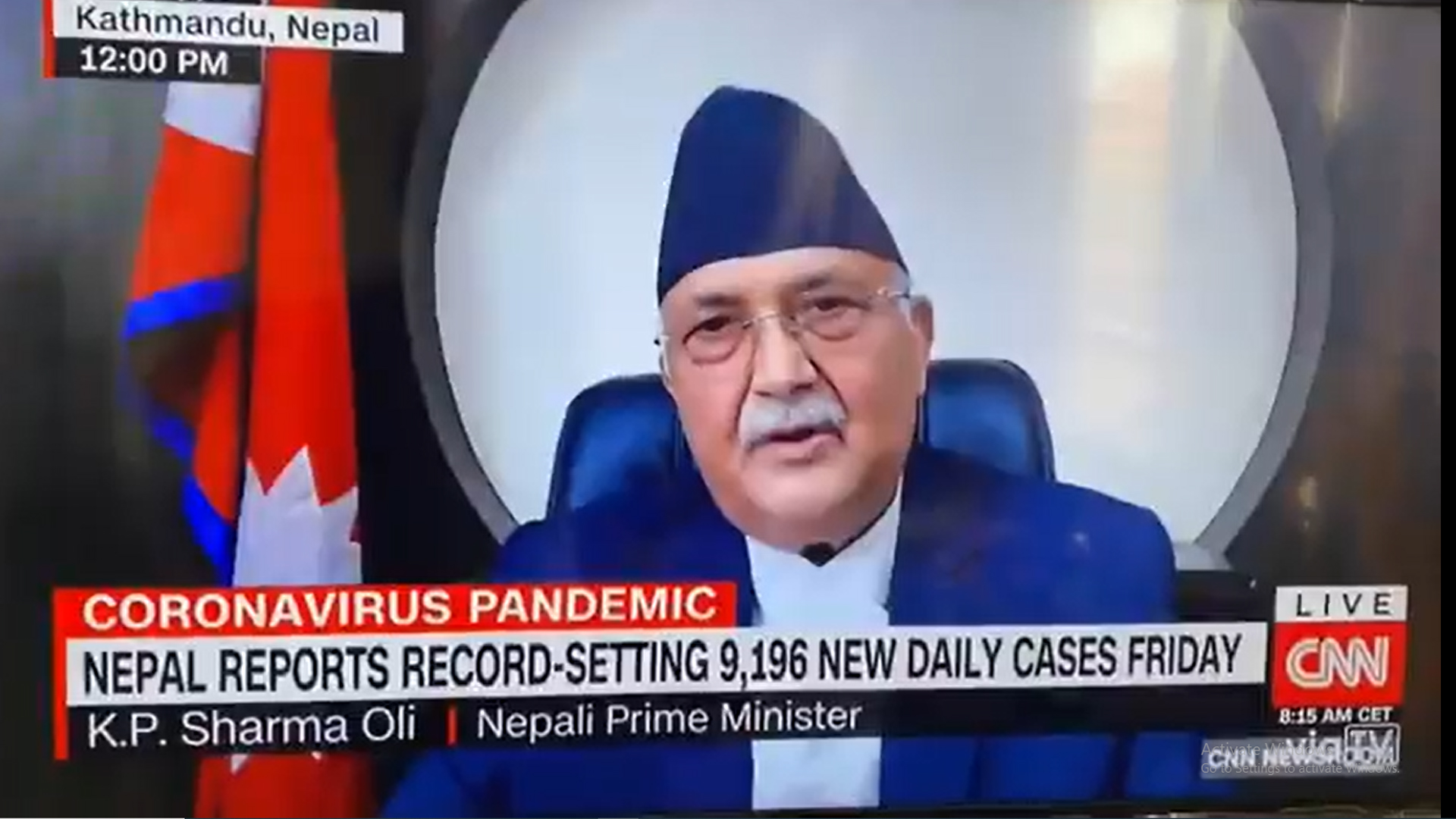 KATHMANDU: Prime Minister KP Sharma Oli has urged the international community to assist Nepal in its fight against COVID-19.

In an exclusive interview with CNN on Saturday, Oli called on the United Nations and other agencies for help. He also said that the government is making maximum efforts to protect the citizens from the virus infection.

Saying that prohibitory orders and restrictions have been imposed to control the virus, Prime Minister Oli said that the situation in Nepal is still under control.

Stating that it was wrong to hold political demonstrations, rallies, and processions in the capital Kathmandu last month, the Prime Minister also admitted that the party had been negligent.

“Even though the protests were political, there were social problems too. Political parties did make mistakes. There definitely has been negligence.”

He also said that the government is making maximum efforts to protect those vulnerable to the virus. Oli said the government’s efforts had also reduced the death toll to less than 1%.