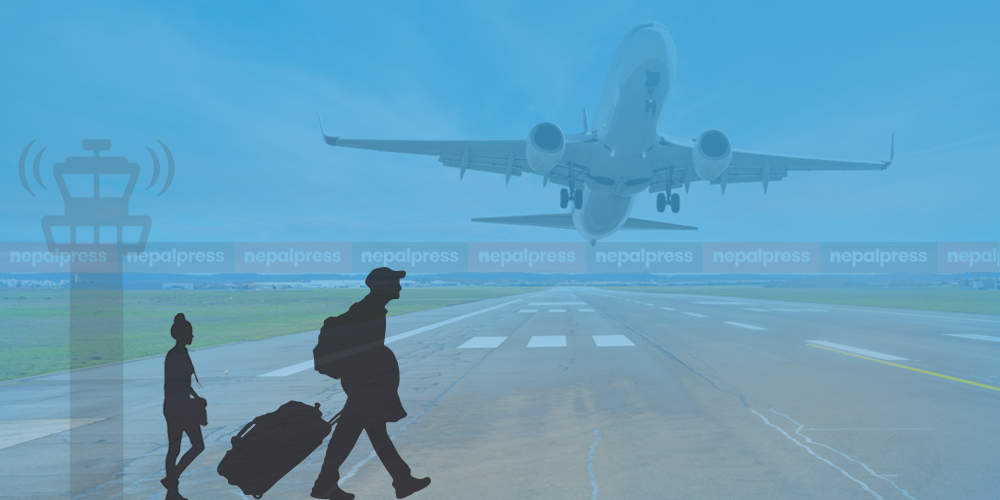 KATHMANDU: With the closure of international flights from Wednesday night, Nepali workers seeking foreign employment are going to be directly affected.

400 to 1,000 workers used to leave Nepal daily for various countries. After the spread of the second wave of COVID-19, the government has banned international flights from 5th May at midnight. As the government decided to stop international flights a few days ago, manpower companies are calling workers who have obtained visas for foreign employment to Kathmandu and sending them for PCR testing, according to Bishnu Gaire, President of Nepal Association of Foreign Employment Agencies. According to him, the number of workers going for foreign employment has increased after the government’s decision. “We are currently approving and sending the workers with issued visas, who could have left a little later. In addition, we are also sending workers who were here on leave and going via organizations,” he said.

Malaysia and Kuwait, the countries where most Nepalis go for employment, have been closed after the first wave of COVID-19. However, there was a growing demand for workers from Saudi Arabia and Qatar.

It is said that after the first wave of COVID-19, 165,000 workers left via manpower companies for foreign employment. Even now, demand from Saudi Arabia and Qatar is around Rs 200,000 and this is being processed, according to Gaire.

The process for sending workers to Qatar is ongoing. He said that there was a plan to send about 160,000 workers to the destination country within the next month. But he says human life is the first priority during the pandemic. “People can go for employment only if they survive. It is our responsibility to help the government now,” he said. “Now is the time for Nepal to think before sending workers for foreign employment. If we force workers to go for foreign employment, Nepal might soon fall into the red zone. The number of COVID patients is increasing daily in Nepal, which is close to India. At this time, there is no alternative but to move forward with precautions.”

Krishna Prasad Dawadi, Director General of the Department of Foreign Employment, said that the government has done a good job by stopping international flights at a time when impacts of the second wave are increasing rapidly. He informed that the department is making approvals online and offline so that as many workers as possible can go by Wednesday evening.

Saudi Arabia and Qatar are the main destinations for foreign employment from Nepal. “Thus, we have not stopped the workers from going to those destinations. We will provide labor approval as much as we can without any hindrances,” he said. He said that a discussion will be held today on what to do for foreign employment after flights are suspended from 5th May at midnight.

He said that 2600 to 3000 passengers are traveling by air currently. Earlier, up to 2400 people had flown daily, due to visitors in transit from India. However, the number of air passengers had decreased after the government did not allow Indian nationals to come to Nepal for transit.

According to Chhetri, the number of passengers on international flights has increased due to Nepali workers leaving for foreign employment, diplomats, and passengers going via organizations.