Poets and writers in creative mood amidst coronavirus terror 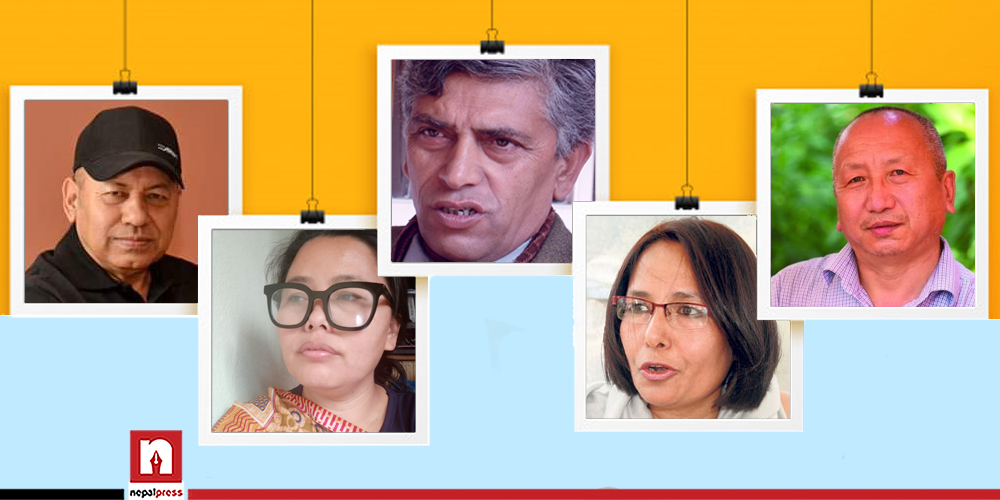 KATHMANDU: Poet Shravan Mukarung had started a literary series titled ‘Poems from Quarantine’ during the first lockdown. He used to conduct a live session daily with local and foreign poems through Facebook. The campaign was liked by many literary lovers.

In the current prohibitory order, he is thinking of completing some pending work. “Some books that have been left unattended after being half-written, some books to be read are pending completion. These are my plans to make good use of the lockdown.”

He is also working on a movie script. Due to the hustle and bustle of recent times, he has not been able to accomplish this task. Mukarung is thinking of completing a script he is writing. He says, “There are also long poems that I had begun writing. Work needs to be done to make these meaningful.”

Shrawan is also facing the fear of COVID-19. He says he is worried about how to protect his family.

Poet and storyteller Abinash Shrestha is terrified of the current COVID variant that has made its way into Nepal and is spreading rapidly. “Last year, we were in a lot of confusion. We did not know what kind of disease this was. There was fear because we did not know stuff. Now, we know a lot about the disease. However, the current variant is dangerous. It can take lives. When so many people started dying in Nepal, a kind of terror arose in my mind,” says storyteller Shrestha.

However, since the lockdown has made him leisurely, he plans to do some creative work. Stories written by Shrestha are in the process of being finished. He is also planning to finish the poems he wrote last year.

Along with writing, he also devotes time to reading. He has been selecting and reading books that have been accumulated for 20 years. “I have started reading regularly. I enjoy reading since the early morning. Also, I watch new movies on Netflix. I also have Amazon. I plan to watch some good movies from there,” he says.

Poet Bimala Tumkhewa is preparing a new collection of short stories. “I plan to publish stories. I have free time. Now I will rewrite them,” she says. Poet Tumkhewa is less active on social media now. The COVID terror is spreading more on social networks, so she says she is less active in the network to get rid of the fear.

Narrator Narayan Dhakal, on the other hand, feels that the prohibitory order has curtailed his plans. “Had there not been a lockdown, other plans would have been made. Now, I will read new books and also many books that need to be read again,” says Dhakal.

He says that he has not been able to do anything new in writing. “New content is required for writing. It is not good to write the same thing over and over again. In the meantime, I read Resham Birahi’s Kitabsatta and Swapnadosh. I read Darr by Shardul Bhattarai. I am also reading a lot of essays currently,” says Dhakal.

He also fears the virus. His son is a doctor. He is aware that the patients who come to the hospital are infected with the new variant. “Watching my son come back from the hospital in such a state is stressful,” says Dhakal.

Writer Archana Thapa was in mourning with her family for a few months. Now again, she is disturbed by the terror of COVID-19. “This is a condition where we cannot plan anything about the future. We are in family mourning. Mental states are also currently disturbed,” she says.

She says that she is not as active on social media now. However, she is reading books. Since a few days, Thapa is active in reading. “Since I can’t write and do creative work, I’m constantly reading,” she says.