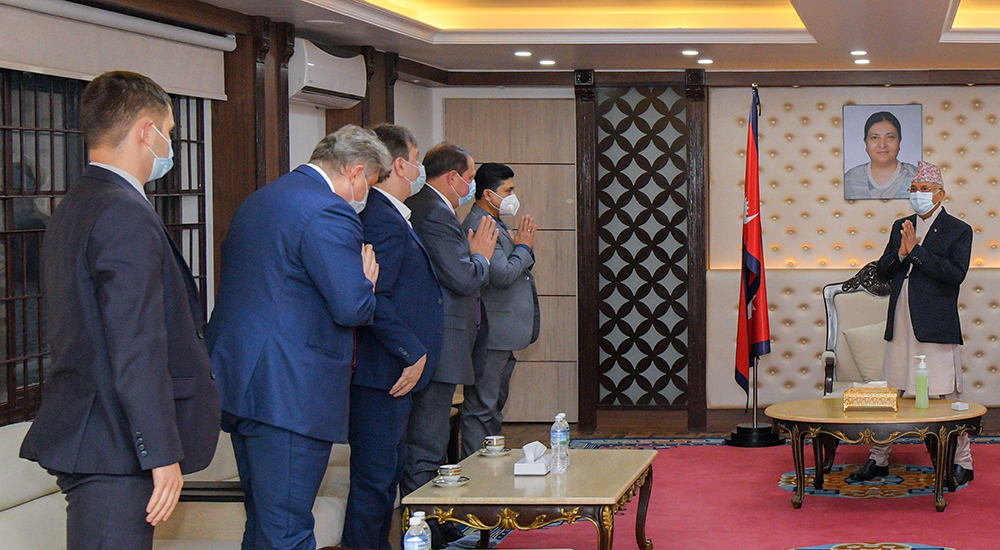 During a meeting at the PM’s residence in Baluwatar, Prime Minister Oli urged Ambassador Novikov to take steps to make the vaccine (Sputnik-V) available to Nepal immediately.

In response, the delegates, including Ambassador Nevikov, said they were positive. Other dimensions of bilateral relations were also discussed during the meeting.

Discussions focused on accelerating efforts to deepen ties between the two countries, according to Prime Minister Oli’s Secretariat.