Minutes of PSP with Upendra Yadav, signature of majority collected on blank paper 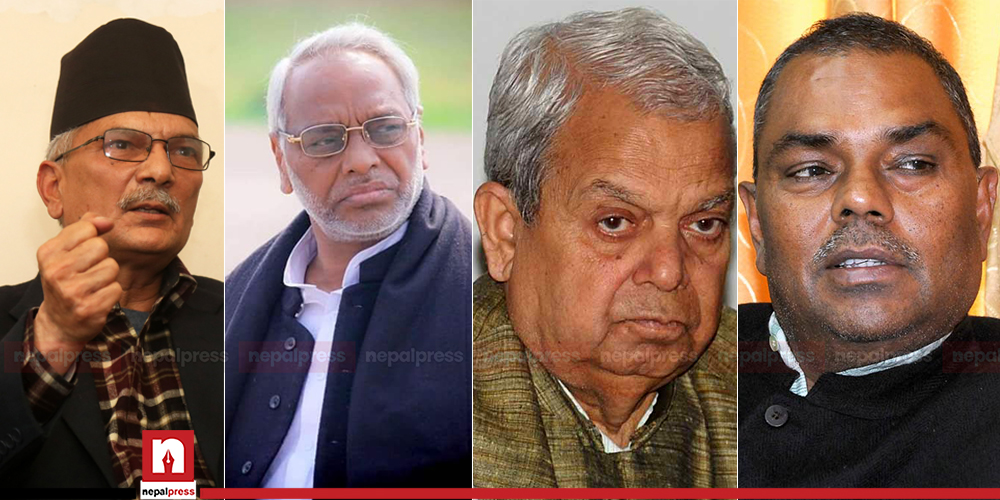 KATHMANDU: The Rastriya Janata Party (RJP), the fourth largest party in the federal parliament and considered decisive in the balance of power, has moved ahead in the process of division. The party has moved ahead in the split after the Upendra Yadav-Baburam Bhattarai faction secretly dismissed four Lumbini MPs with the signature of majority executive members.

Lumbini Speaker Purna Bahadur Gharti said that the process of dismissing four members of the six-member parliamentary party was wrong and that the Mahantha Thakur-Rajendra Mahato faction is ready to challenge it legally. The self-vacated MPs are going to court.

The Mahantha Thakur faction has taken it as a great achievement to succeed in bringing back the cases of 120 Madhesh movement leaders and cadres by holding talks with KP Oli in the federal government. Thakur’s side is not in favor of looking for an alternative to Oli.

The Baburam-Upendra faction is in the mood to oust Oli immediately. Four MPs from Lumbini province have fallen victim to this fight. Despite repeated requests to go in favor of the no-confidence motion, Thakur was not ready and thus Baburam and Upendra made the majority of the 51-member executive committee give their signature on blank paper.

According to sources, the paper was intended to take action against other party leaders and lawmakers, file a no-confidence motion against KP Oli and use it for official recognition in the Election Commission.

According to sources, Upendra Yadav had demanded an immediate meeting of the Central Executive Committee at a meeting of the top five leaders of the party at the party’s central office in Balkumari on Tuesday.

However, Thakur and Mahato had said that the meeting should be held only after the lockdown imposed in Kathmandu from Thursday is lifted.

Then, Thakur and Mahato and other office bearers left. After Thakur’s departure, PSP President Upendra Yadav called his close executive committee members at the party office.

Yadav had asked the executive members to sign on a blank paper saying that the signature would be used to bring a no-confidence motion against four lawmakers from Lumbini state and Prime Minister KP Sharma Oli at the Center in collaboration with the Congress and Maoists.

It is unknown at this time how many signatures have been collected by Yadav. However, leaders of his faction claim that 28-33 signatures have been collected. The PSP’s executive committee now has 51 members. Three of Mahendra Yadav’s supporters in the executive committee comprising 26 former RJP members and 25 former Socialist Party members have now turned towards Upendra.

Last year, Oli had brought an ordinance amending the Political Parties Act to make it easier for Renu Yadav, Pradip Yadav, Ishtiyaq Rai and others who wanted to separate from Upendra Yadav, but he withdrew this after strong opposition from his own party.

According to PSP leaders, Baburam Bhattarai has worked hard to stop Yadav-affiliated lawmakers from joining the Mahantha Thakur faction. Although they are dissatisfied with Upendra Yadav, Baburam’s faction has a majority in the parliamentary party and the executive committee.

Thakur’s faction is in the minority as all the former Samajwadi Party MPs have been included by Baburam and former RJP’s Mahendra Yadav’s supporters are also leaning towards Baburam-Upendra. On this occasion, Baburam-Upendra are trying to take action against Lumbini MPs and thus exert pressure to file a no-confidence motion against Oli.

However, the Thakur faction has claimed that the Lumbini case is a ploy to divide the party and that Mahantha Thakur, as the party’s first Chairman, will make a bold decision.

This means taking the party back to its previous state of a year ago before further damage is done. The integration of PSP has not taken place except in the Election Commission.