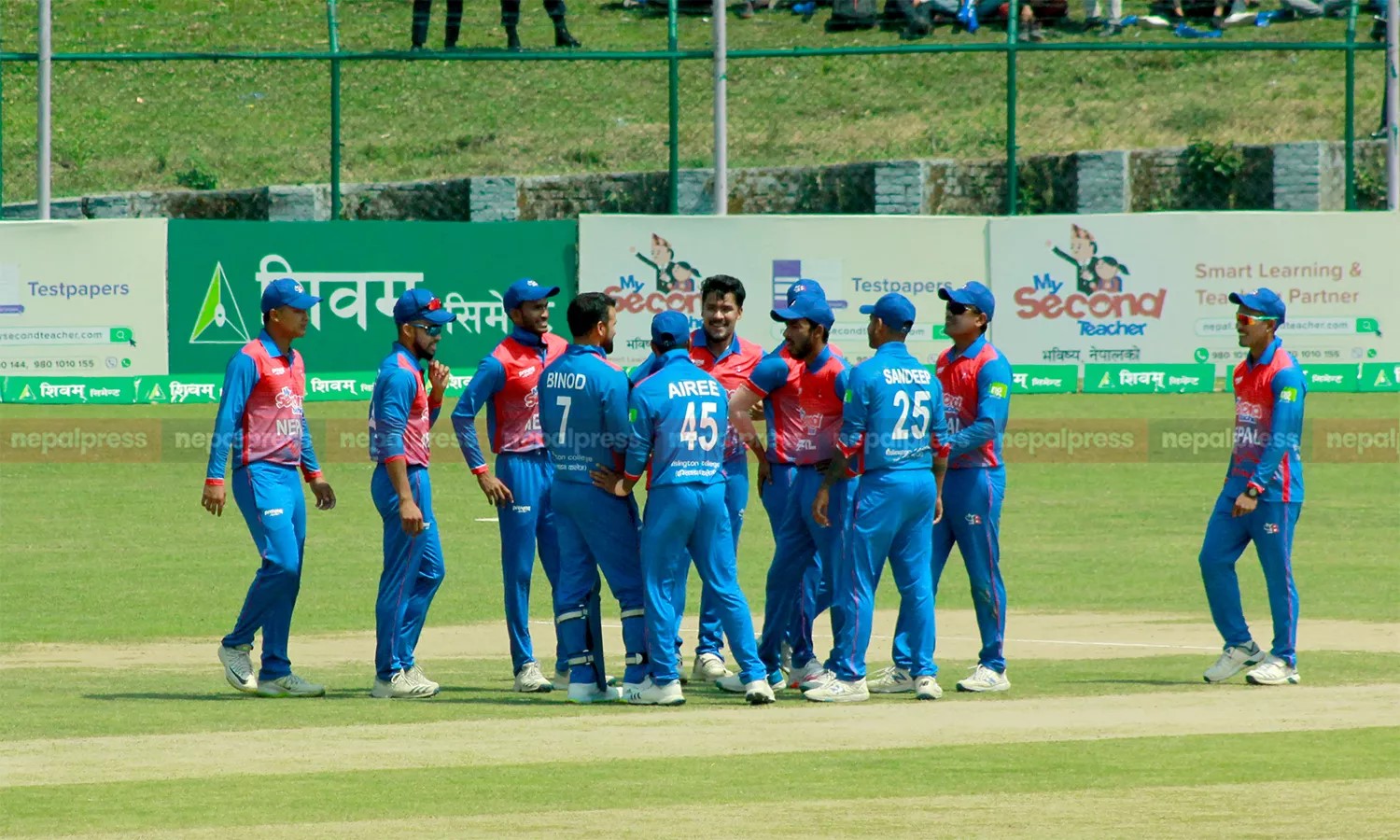 KATHMANDU: Nepal and the Netherlands are battling for the title of the Tri-Nations T20 series today. The final match will start at 1:15 PM at the Tribhuvan University International Cricket Ground, without spectators.

Nepal, which is in excellent form, is eager to win the title at home. Earlier, Nepal and the Netherlands had lost to each other in group stage matches. However, Nepal’s position was at the top of the points table.

Throughout the tournament, Nepal’s batting has been excellent. The batting of the Netherlands is not weak either. If the behavior of the pitch does not change, there may be a shower of runs from both sides in today’s match. Both teams are not in a position to consider each other weak.

The openers have made significant contributions in the four matches played by Nepal. Opening pair Kushal Bhurtel and Asif Sheikh still have a strong partnership and Nepal hopes to lay the foundation for a big score. Nepal’s middle order is also strong. Captain Gyanendra Malla, Dipendra Singh Airi and Karan KC are all in great batting rhythm.

On the bowling side, Nepal is more dependent on Sandeep Lamichhane and Sompal Kami. Sandeep is the highest wicket-taker in the tournament. He has taken 11 wickets so far. On the other hand, Sompal is bowling economically. He has five wickets to his name.

For the Netherlands, openers Max O’Dowd and middle-order batsmen Ben Cooper and Bas de Leede have been batting well. On the bowling side, the Netherlands is performing poorly in the competition. Thomas Bratt has taken four wickets, which is the most for the team.

The pitch at TU has not helped bowlers much. Therefore, batting of both the teams will decide the victory or defeat. If Nepal wins the title, new coach Dave Whatmore will have a happy start, as this is the first tournament Nepal has played in his training.