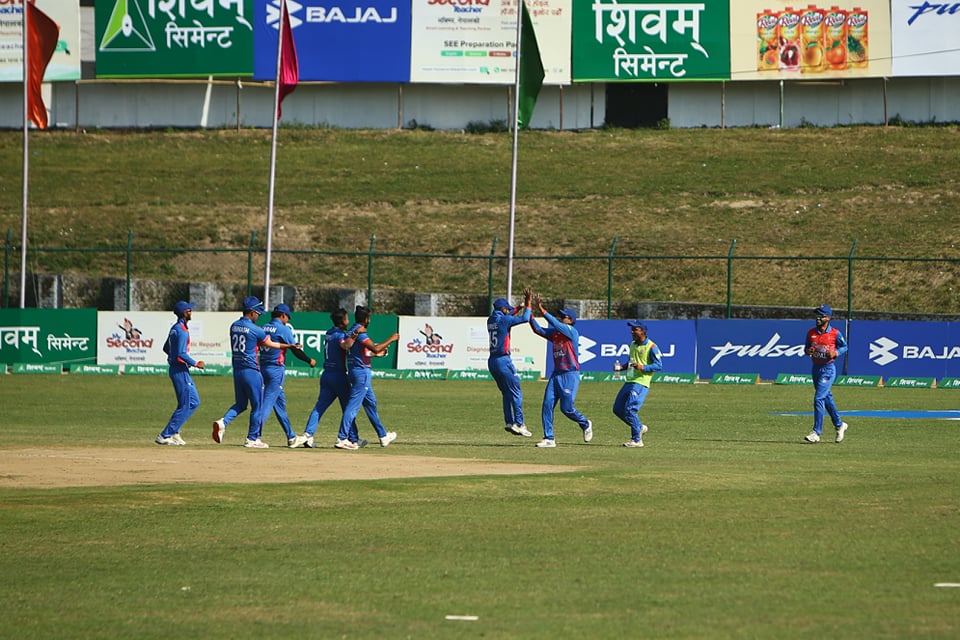 KATHMANDU: With the biggest margin of victory so far, Nepal has won the Tri-Nations T20 series at home for the first time. In today’s final match of the triangular series, Nepal bagged the title after winning the final match against Netherlands.

Nepal, who excelled in batting and bowling, scored a huge 142-run victory over the Netherlands. Hoping to chase the target of 239 runs set by Nepal in the first innings, the Netherlands collapsed at 96 runs in 17.2 overs.

After losing the toss, Nepal lost 3 wickets in the allotted 20 overs and made 238 runs. This is Nepal’s highest ever T20 score. Earlier, Nepal’s highest score was 236 against Bhutan in 2019. For the third time in the tournament, Nepal crossed the 200-run mark. 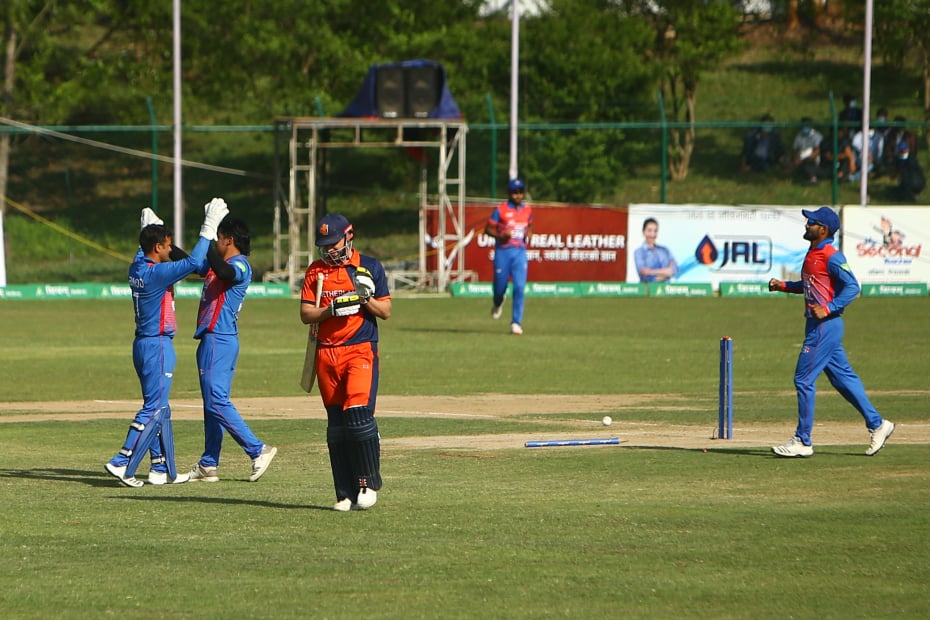 Nepal has maintained the biggest winning margin on the basis of runs. The previous highest margin of victory was a 130-run victory over Bhutan. 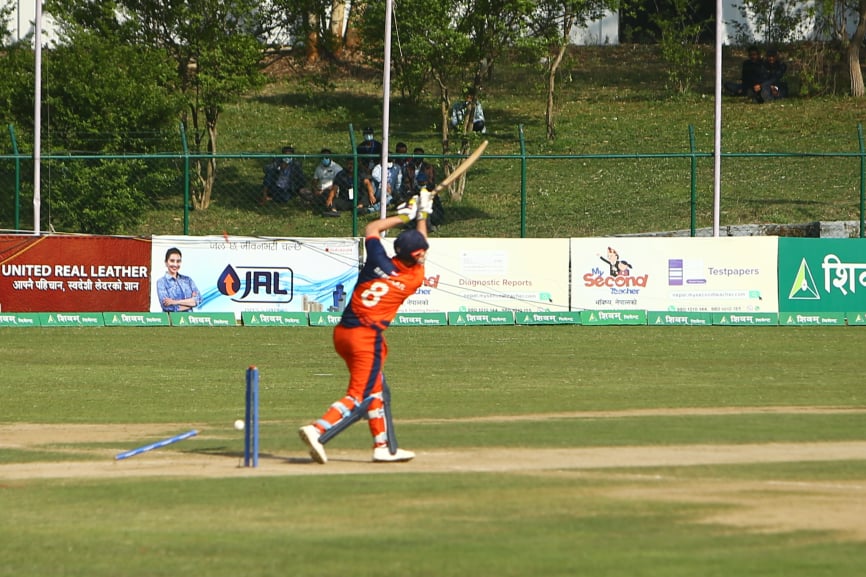 Kushal struck his fourth half century in the fifth match he played. In his 77-run innings, he faced 53 balls and hit three sixes and eight fours.

After Nepali bowler Karan KC took 3 wickets, the Netherlands could not return to the game. Sandeep Lamichhane took 2 wickets, making his total of the tournament a massive 13.