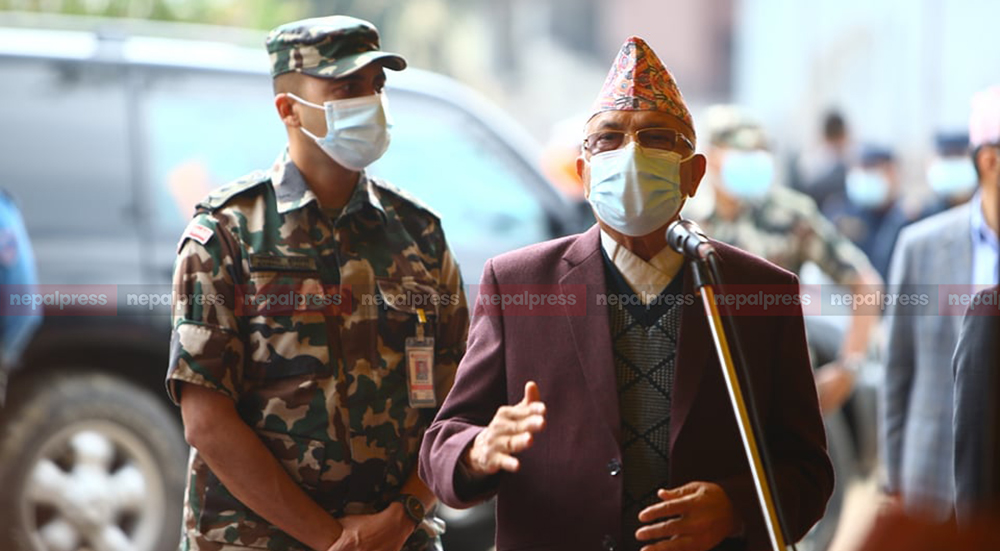 KATHMANDU: CPN-UML Chairperson and Prime Minister KP Sharma Oli has said that his efforts are still focused on convincing the party not to be harmed. However, as a group, Oli has warned the Madhav Nepal side not to compromise and not to weaken his efforts for dialogue.

Addressing the ceremony of the central office building in Balkhu on the occasion of the 73rd establishment day of the Communist Party of Nepal and Lenin’s jubilee, Oli clarified that if anyone tries to speak on behalf of the faction, it will not be acceptable in the UML.

Oli held talks with Madhav Nepal alone on Wednesday evening. He also said that there would be no group discussion and no factionalism in the talks. Talks will be held between the two leaders today as well.

Oli said, “They screamed in the streets in various ways saying that they have taken action against us, saying they have destroyed Oli.”

“Even after making such a fuss, we are trying to convince the other party without taking any action against them. It may be a matter of talking privately, correcting them and giving them responsibility so that the whole party is not harmed. But group/faction-wise discussions will not be held.”

Oli accused Prachanda-Madhav faction of expelling him from the rank of general member four times. Stating that their efforts to make themselves non-partisan have failed, Oli made it clear that there would be no compromise on continuing the crime of floor crossings even after returning to the UML.