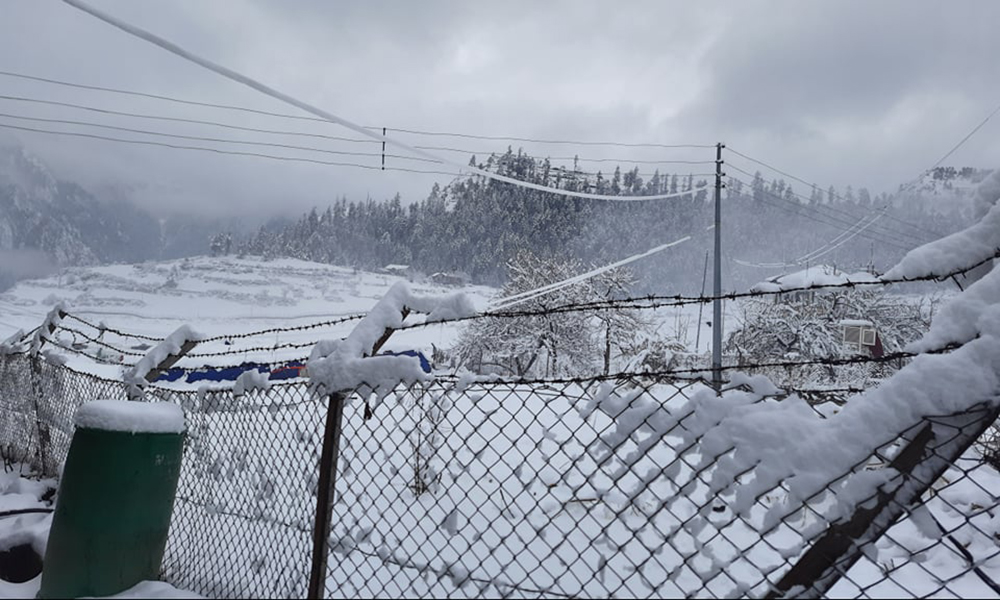 HUMLA: Citizens in the high mountainous district of Humla have become surprised with snowfall taking place in April.

Similarly, up to two feet of snow has frozen in Namkha village of North Humla. The snowfall that started at 1 PM on Wednesday is continuing in Namkha while mountains are all covered in white.

Sonam Lama, a local, said that more than two feet of snow fell in Namkha, Simkot and Kharpunath. Lama said that there was heavy snowfall especially in the border area of ​​Nepal and China. Nara Lake, which is 4,600 meters high, was closed again on Wednesday due to snowfall.

Farmers are happy as there is snow and rain in the district after a long time. Farmers are happy saying that it will be easier to cultivate when it rains on Tuesday night and there is regular snowfall from Wednesday night. Nowadays, farmers here use rainwater for the crops to be harvested in October.

The rains and snowfall this time have made it easier for millet, chino, kaguno, maize, beans and buckwheat to be produced in September and October. Two days of rain has brought much relief to the farmers. With the clear weather, farmers here are now busy in their farms.